Growing up, my cousin Jables was the pickiest eater I knew. From the ages of zero to 16, he somehow survived exclusively on a foraged diet of cheese quesadillas, French toast, and Pepsi Max. That his Pixie-Stick bones didn’t crumble into dust while playing soccer remains a miracle (though he did look like he was jogging underwater, and still does). 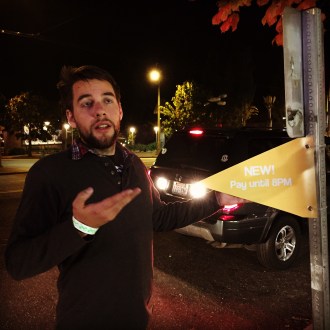 A rare Jables in its natural habitat exhibits courtship behavior (while drunk).T. Alvarez

Chinstrap penguins are sort of like my cousin Jables, only cuter: They evolved on the Antarctic Peninsula to chase and eat large offshore patches of krill, their primary food source. They share breeding grounds with orange-beaked gentoo penguins, culinary generalists who consume a wider variety of prey closer to shore. Scientists think this dietary divergence once helped the two species coexist — but new research suggests that in a climate-mucked world, the picky eaters will starve. For chinstrap penguins, this means that populations are already crashing as the Antarctic Peninsula warms exponentially, while gentoo populations grow.

No surprise that it wraps back to sea ice: Swarms of shrimp-like krill bask beneath it, feasting on the algae that grows there. With less and less ice around these days, the endless buffet that choosy chinstrap penguins rely on disappears — and so do they.

This five-year study just tackled penguins — not literally, chill — but it joins a steady, doomy drumbeat for adaptation-averse specialists from all corners of the animal kingdom. Puffins in Maine are literally choking on the too-wide butterfish that have replaced dwindling hake and herring stocks. With whitebark pines dying, some ecologists worry about Yellowstone grizzly bears’ ability to shit in the the woods. And, hey, guess what: The U.N. warns that climate change threatens to drastically reduce global wild crop diversity by as much as 22 percent. That’s totally bad news for the bipedal species that cultivates, eats, and then slowy makes them go extinct (that’s us).

But before you mount an assault on the Svalbard seed ark or the bulk section of your local Whole Foods, it’s important to remember that even food specialists sometimes show the ability to adapt (note to dumbotrons: NOT a reason to stop fighting climate change). Case in point: A few seal-chomping polar bears are now targeting sea-bird egg nests when the ice melts. When that fails, they’re boning nearby DTF grizzlies to vary up the genepool.

Even the rare and majestic Jables has evolved: In the wild, he can be seen using his opposable thumbs and nimble proboscis to forage for grapes, carrots, and even sushi. Take notes, chinstrap.