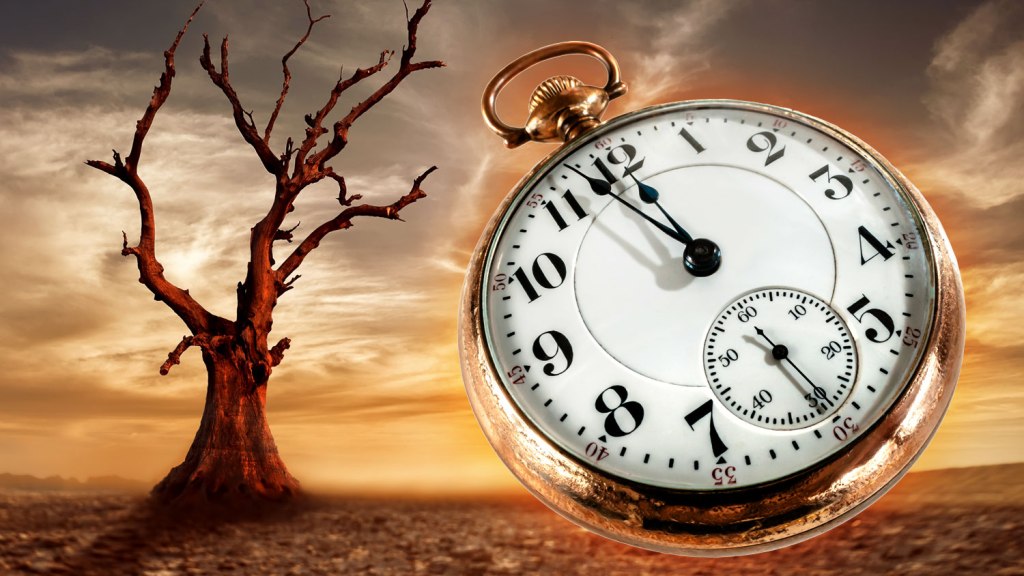 Since 1947, the Bulletin of the Atomic Scientists, a magazine started by the creators of the first atom bomb to inform humanity about threats to its survival, has kept time on its Doomsday Clock — how much time we have left, that is. Here’s how it works: Midnight is the end of homo sapiens sapiens, and the minute hand of the clock is adjusted every few years to reflect the direness of the day’s biggest existential crises and human extinction hazards.

Here in 2015, the Bulletin reckons, it’s three minutes to midnight — a mere 90 ticks and 90 tocks away from doomsday, thanks to carbon emissions, advanced weaponry, and poor governance in both of those arenas:

Unchecked climate change, global nuclear weapons modernizations, and outsized nuclear weapons arsenals pose extraordinary and undeniable threats to the continued existence of humanity, and world leaders have failed to act with the speed or on the scale required to protect citizens from potential catastrophe. These failures of political leadership endanger every person on Earth.

But relax! This isn’t even the closest we’ve come to self-extermination, by the Doomsday Clock’s measure. From 1953 to 1959, the hand sat two minutes from 12 o’clock, waiting for nuclear holocaust as the U.S. and Soviet Union developed hydrogen bombs and Cold War tensions simmered.

An in-depth Quartz article on the past and present of the clock charts the historical movement of the Bulletin’s infamous indicator of the world’s vulnerability to catastrophe:

See? We’ve made it out of tight spots before — we can be confident there’s nothing to fear here at 11:57 p.m. on doomsday. Right? It’s not like scientists are telling us that we’ve undermined key life support systems on the planet; military experts are worried that accelerating climate change will escalate violence around the globe; astrophysicists are speculating that we haven’t seen any E.T.s because all intelligent life gets stopped cold by unsustainability; or anything like that.

Well I, for one, can’t wait to see how it all plays out; heroic comeback or blaze-of-glory demise — either way it will be quite a show. Until then, I’ll just be chilling with my guitar singing some nice holiday tunes about the (possibly) impending ruination.