Yellowstone's grizzlies have officially given up on winter 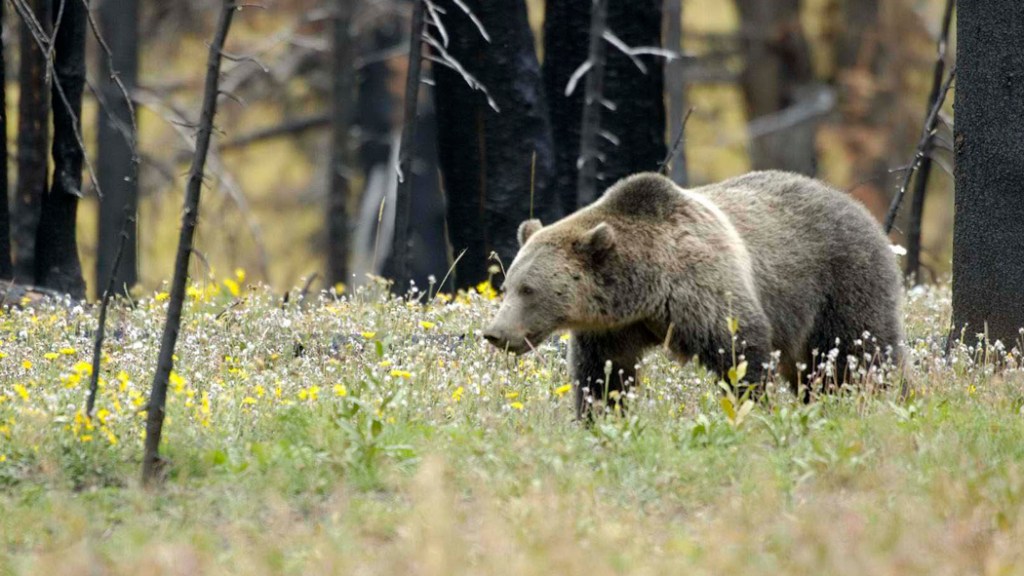 Yellowstone’s grizzlies have officially given up on winter

Yellowstone snowshoers may want to keep a keen eye and a can of bear spray out this winter. Park officials announced the first confirmed report of grizzly bear activity on Feb. 9 — more than a month early — and they’re blaming unseasonably warm temperatures. And the early bear was hungry: It was found gorging on a bison carcass in the middle section of the park. (Hot tip: Bears are always hungry.)

“I look back at the past half dozen years, and we’ll have a first confirmed report in the first week, two weeks of March — so this is earlier than normal,” says Yellowstone spokesperson Al Nash. “It’s certainly an indicator, but it’s not necessarily a rush of bears leaving their dens. If there’s one, though, it’s safe to assume that there will be others.”

Full “weather-isn’t-climate” disclaimer aside, Nash and others acknowledge that early-rising bears could be part of the new normal in the park — though we lack the depth and breadth of data to know for sure. Which is why Yellowstone is a proposed site for intense climate monitoring through the National Ecological Observatory Network (NEON) project. The $60 million NSF project  provides for 60 sites in 20 distinct ecological zones across the continent, and will give scientists the opportunity to record temperature, humidity, soil chemistry, precipitation, stream flow, and other data over 30 years. It would be the biggest project of its kind in North America, with Yellowstone as a keystone wildland indicator of climate impacts.

“We recognize that we are seeing a change in the climate to Yellowstone,” Nash says. “We don’t have as much information as we’d like to inform any change from our current management efforts, but it’s an area that we continue to look at, knowing that some of the information we’ve already seen about warmer temperatures, potentially shorter winters could have a variety of impacts.”

Under climate change, other species could join bears in rolling back their activities: Elk and bison outside the park would move back in, and wolves would follow.

“When that spring green is up, we see those animals turn 180 degrees and follow that green,” Nash says. “I’ve already had a few blades of green on my lawn.”

Winter-killed animals are an important food source for emerging bears, and Nash says the park usually conducts a carcass survey (hello, dream job!) to determine where early bears will get the worm-riddled corpses of elk, bison, and deer. But this year, griz got after it too fast. That’s not necessarily a good thing: Bears hibernate to mitigate a lack of food resources, and though snowpack levels in parts of the park are below or at average levels, it’s still possible to see major snowstorms and colder temps through Memorial Day.

“All the wildlife that live in this region are used to dealing with weather extremes,” says Nash. “The record low is -66 and we approach triple digits on the hottest of summer days. Yellowstone is not a place for the faint of heart, whether man or beast.”