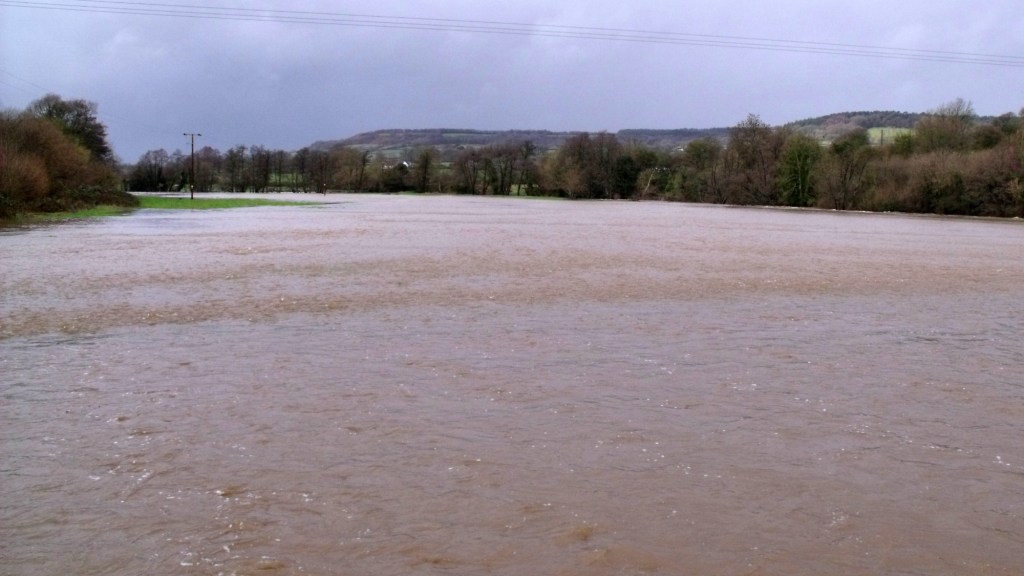 If you want to know what most of southern England looks like right now, take a peek into your mug of Earl Grey.

The region has taken an almighty soaking during the past week, following the wettest January on record. (And when we say “on record,” we’re talking about nearly 250 years worth of data.)

The unprecedented drenching shut down rail lines over the weekend. At least 5,000 homes have been flooded in the county of Somerset in the southwest of the country, and the government is warning that thousands more are vulnerable throughout the region as rivers swell. Al Jazeera reports:

Severe flooding and landslips cut off rail links to large parts of southwest England for more than 24 hours at the weekend as the government came under pressure for its handling of storms battering Britain.

Some areas have been underwater for over a month in the wettest January on record, with angry residents criticising the government for not doing enough to prevent flooding or reacting quickly enough to help those affected by the devastation.

The military has been brought in to help build flood defences and evacuate properties.

The Telegraph reports that more rain — and flooding danger — is on its way:

Britain’s flooding crisis is set to deepen this week after the Environment Agency warned that lives could be at risk from expected flooding along the River Thames.

The Environment Agency has dramatically increased the number of “severe” warnings, indicating a risk to life, from two to 16 as it warns that rivers already swollen by flood water could continue rising for at least 24 hours.

And as the floods set in, so too is a realization that this is a disaster that we have helped to bring upon ourselves — by filling the atmosphere with carbon dioxide from fossil-fuel burning. The BBC explains:

Climate change is likely to be a factor in the extreme weather that has hit much of the UK in recent months, the Met Office’s chief scientist has said.

Dame Julia Slingo said the variable UK climate meant there was “no definitive answer” to what caused the storms.

“But all the evidence suggests there is a link to climate change,” she added.

“There is no evidence to counter the basic premise that a warmer world will lead to more intense daily and hourly rain events.”

As if the watery wintertime weather in Britain weren’t already miserable enough, now we’ve gone and carbonated it.