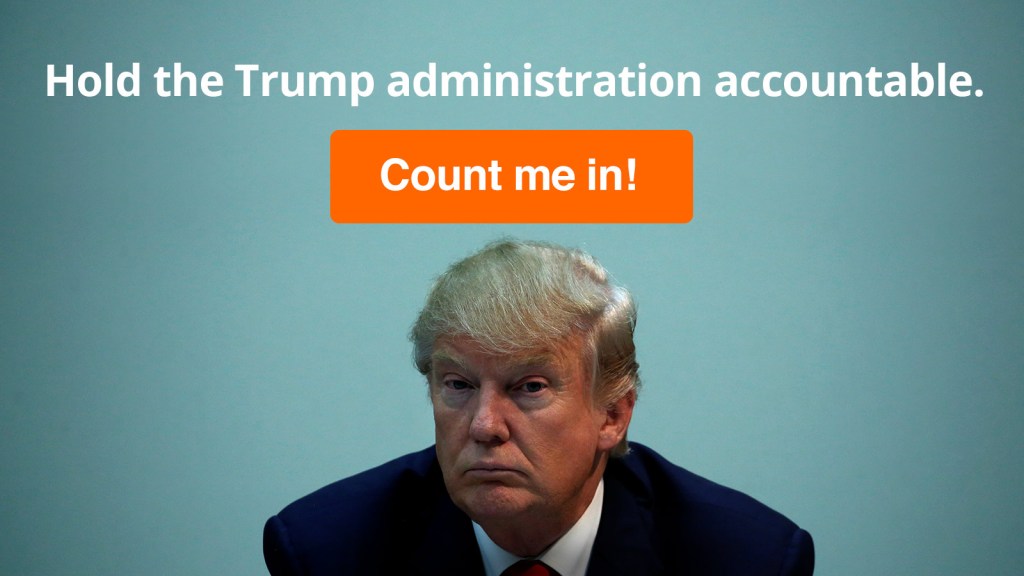 Remember that time Donald Trump told the New York Times he would keep an open mind about climate change? It was just a couple of weeks ago, when he met with the paper’s top reporters and editors. Their tweets sparked a slew of news reports that Trump might be “changing his tune” on climate.

Except that Trump did nothing of the sort. When Grist’s Rebecca Leber pored over the full transcript, it became clear that the president-elect was his usual climate-denying self, and the pliant news media had once again been suckered into making him look mainstream.

“Trump spun his climate denial to the New York Times and lots of people fell for it,” our headline read. “Grist expertly called out” the mainstream media’s failure to hold Trump accountable, The Huffington Post proclaimed.

We’re going to need a lot more headlines like that in the coming years. And Grist needs your support to keep up our honest reporting and commentary  — the kind you won’t hear from this administration or the bamboozled media.

I joined Grist as executive editor nine months ago with a mission: Take a publication beloved for its irreverent and unorthodox approach to environmental journalism and fuse that sensibility with a focus on deeper reporting, sharp analysis, and stories that matter.

As part of Grist’s fall fundraising drive, we’ve just spent the past couple of weeks celebrating some of those results. We sent reporters to cover injustice in Alaska and Standing Rock, told the amazing true story of the slideshow that saved the world, uncovered black-and-white evidence of a huge Trump climate flip-flop, won awards for our fun video explainers, launched a mobile-friendly daily news product, even explored what it takes to be a non-judgmental vegan.

Now we’re asking for your support so we can do more. That’s what it takes to run an independent, nonprofit media shop that doesn’t answer to deep pockets and has the freedom to take on corporate and political power.

I didn’t anticipate the election of Donald Trump, but I’m proud to say that Grist has made significant headway in building a journalistic operation capable of providing tough, fearless coverage of the president-elect and his polluter pals, who are about to have all the power they ever wanted to gut environmental laws, plunder our natural resources, ignore the warnings of climate science, and increase the environmental burdens plaguing vulnerable communities.

It’s become a cliche in the past few weeks to say that strong, honest journalism is needed now more than ever  — but cliches gain power because they’re true.

Grist doesn’t have the resources of the New York Times or Washington Post, or even Mother Jones or ProPublica. Those institutions will need your support, too, to cover the range of corruption and assaults on civil liberties that the Trump administration portends.

What Grist does have, though, is a dedicated and skilled staff that’s intensely focused on a set of issues that are about to come under immediate attack from the Trump administration. We understand them  — and their impact on people and communities  — like no other publication.

And don’t just take my word for it. (I am the editor, after all). Bill Moyers’ website tells readers that if they want “more and better media coverage of these issues” they should “contribute to specialized nonprofit online outlets like Grist. … Robust news coverage will matter more than ever during an administration led by the purveyors of fake news and anti-science propaganda.”

So if you care about safe air and water, sustainable food, livable cities, a clean, inclusive economy, a survivable climate, and environmental justice for all, Grist is the publication you’ll need to cling to in the coming years. We’ll ferret out fake news, seek and spotlight solutions, tell you where progress continues to happen and who is standing in the way, stand up for what’s right and just, reach across ideological lines, give you the tools and advice needed to make a difference, and bring big brains together to spark ideas and innovation.

This is the Grist we need now more than ever. And it can’t happen without your support. Please give today.