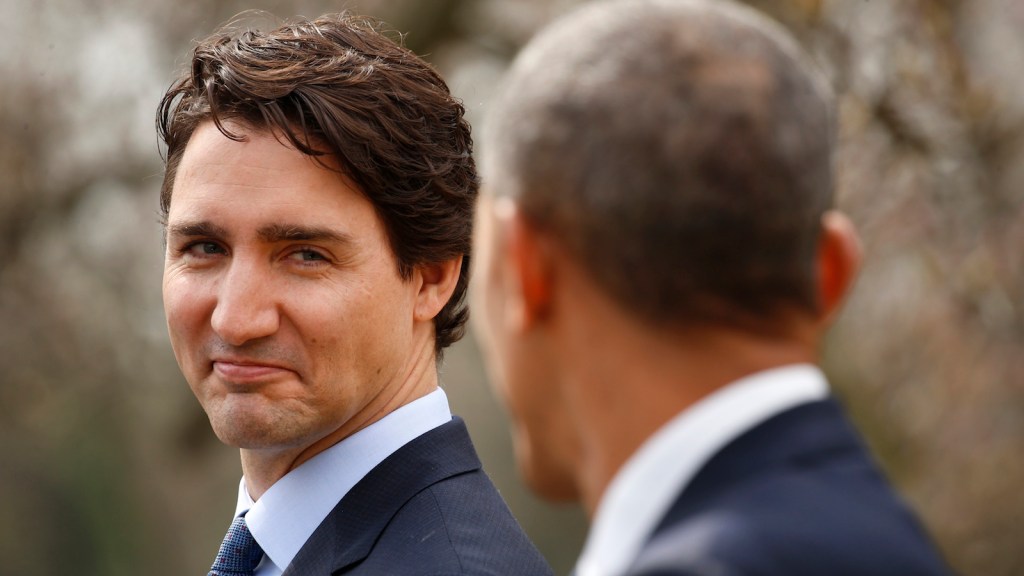 The remarkable thing about Canada Prime Minister Justin Trudeau and U.S. President Barack Obama standing in front of the White House on Thursday morning was that the two countries were finally on the same side in the fight against climate change. After years of rule under Stephen Harper’s oil-dominated conservative party, Canada is now primed for a comeback as a global climate leader since the Liberal Party took over last fall. Trudeau has embraced the opportunity, joining the U.S. in announcing a series of climate pledges.

The details of the plan are as significant as the symbolism: While both countries promised responsible stewardship of the Arctic, the most notable part is their pledge on methane emissions, a far more potent greenhouse gas than carbon dioxide and a growing climate problem.

Canada and the U.S. pledged to cut the oil and gas sector’s methane emissions by up to 45 percent by 2025 from a 2012 baseline. Before this visit, the Environmental Protection Agency had already planned on a similar cut for new or modified gas operations, but it overlooked the biggest offender — existing infrastructure. There are hundreds of thousands of sources that are currently leaking methane, sometimes a small amount during the extraction, processing, and transport of natural gas, but other times a disastrous amount, like in the case of Aliso Canyon’s massive gas leak.

The EPA will now begin developing regulations for these sources and “move as expeditiously as possible to complete this process,” the White House noted in a fact sheet. Now, Canada is getting on board, putting “in place national regulations in collaboration with provinces/territories, Indigenous Peoples and stakeholders. Environment and Climate Change Canada intends to publish an initial phase of proposed regulations by early 2017.”

This is big. So big, in fact, that a similar 45 percent cut to global oil and gas methane emissions would be the equivalent of shutting down one-third of the world’s coal plants, according to Environmental Defense Fund’s Climate and Energy Program Vice President Mark Brownstein.

The U.S. and Canada are the Nos. 2 and 4 worst methane polluters (Russia is No. 1), accounting for 11 and 3.2 percent of global methane from oil and gas, respectively. Brownstein noted in an email reducing oil and gas methane emissions is “the single most immediate, impactful, and cost effective thing we can do to impact the rate of global warming right now.”

The oil lobby American Petroleum Institute is indignant, of course. API accused Obama of bending to the will of “environmental extremists.” Its point is that the industry already has an economic incentive to reduce methane — after all, it’s gas they could sell consumers that’s escaping into the air — and any regulation would be burdensome. Environmentalists point out that with gas prices so cheap regulatory action is an absolute must: The sector has too little incentive to shrink its methane footprint on its own.

Obama will certainly hear more from the oil and gas industry, including legal challenges, but he paid them little mind today.