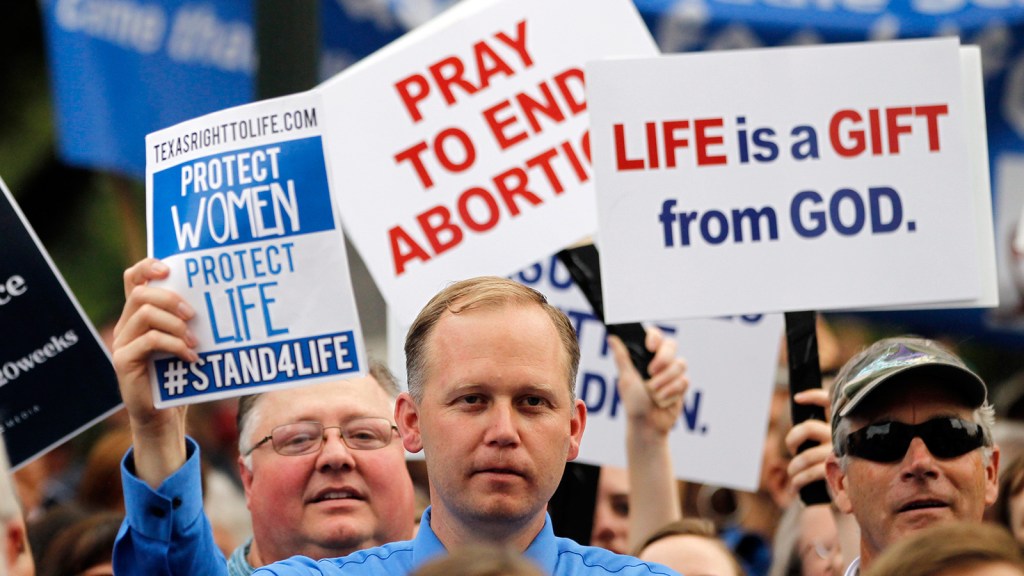 Texas’ maternal mortality rate nearly doubled between 2010 and 2014 — from 18.6 deaths per 100,000 to 33 over the course of four years, according to a new study in the journal of Obstetrics and Gynecology. Overall, the national maternal mortality rate increased by 26.6 percent between 2000 and 2014 — but Texas’ increase was deemed “unusual” by Marian McDorman and the study’s other authors.

The study doesn’t make a causal relationship between the massive cuts that Texas has made to women’s health funding since 2011. Still, the study’s authors note the closing of several clinics in the state between 2011 and 2015 and that “in the absence of war, natural disaster, or severe economic upheaval, the doubling of a mortality rate within a 2-year period in a state with almost 400,000 annual births seems unlikely.”

Said closures made up the touchstone of the state’s years-long campaign against abortion, and were addressed in June’s Supreme Court decision on Whole Women’s Health v. Hellerstedt. It cannot be simple irony that Texas, whose legislature has rigorously justified the past five-odd years of anti-abortion measures as protecting “the dignity of life” and the health and safety of women, has in that exact time period seen an increase in maternal deaths exceeding that of any other state.

If you have the relative misfortune of getting knocked up in the Lone Star State, there’s more bad news: By 2100, the southwestern part of the state will see as many as 142 days over 95 degrees Fahrenheit, according to new data from Climate Central. That region — which is largely rural and sparsely populated — has been hit harder than the rest of the state by women’s health clinic closures.

And still — even post-SCOTUS decision — Texas’ war on reproductive rights marches on.