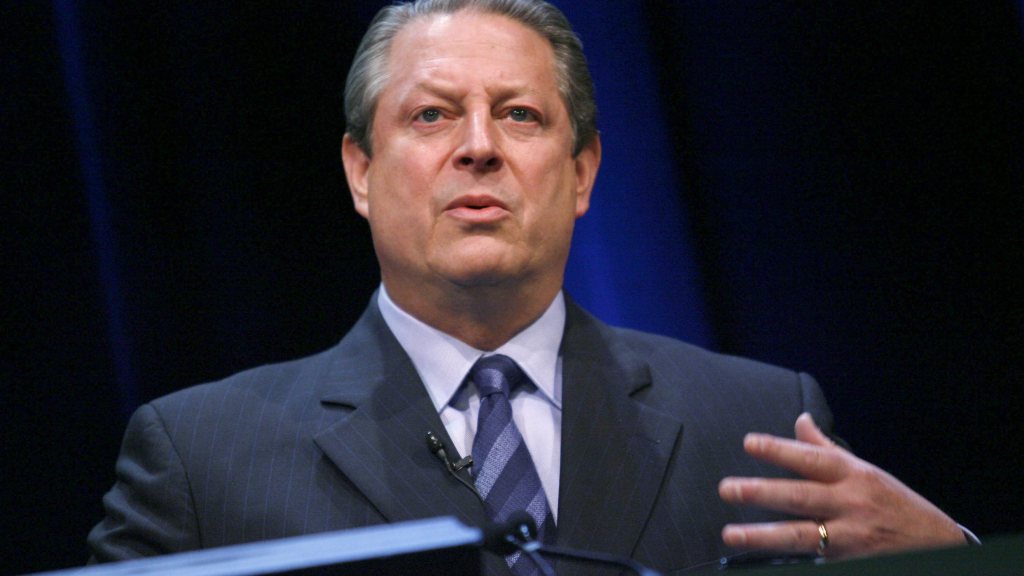 In an alternate universe, Al Gore won the 2000 presidential election, we have a successful cap-and-trade program, everyone has solar panels on their roofs, the sea levels are stable, and Brad is still with Jen. In this universe, George W. Bush stole the presidency and it’s been downhill ever since. But could the man who should have been our president be making a comeback?

Gore, 67, won the popular vote in the 2000 election and has been mentioned as a possible candidate in every contested Democratic primary since then. He instead spent much of the 2000s focused on environmental campaigning and business ventures. He has largely slipped out of public view in more recent years.

But in recent days, “they’re getting the old gang together,” a senior Democrat told BuzzFeed News.

“They’re figuring out if there’s a path financially and politically,” the Democrat said. “It feels more real than it has in the past months.”

The senior Democrat and other sources cautioned not to overstate Gore’s interest. He has not made any formal or informal moves toward running, or even met with his political advisers about a potential run.

A member of Gore’s inner circle asked to be quoted “pouring lukewarm water” — not, note, cold water — on the chatter.

“This is people talking to people, some of whom may or may not have talked to him,” the Gore adviser said.

Roy Neel, a former top adviser to Gore, said Thursday he hadn’t spoken to Gore about it and dismissed the idea of a bid. “It’s extremely unlikely,” he said.

Despite absolutely no evidence that Gore is interested in anything but daytime television and going hat shopping with Pharrell, some believe he should run. In March, Vox’s Ezra Klein wrote:

When it comes to climate change, there’s no one in the Democratic Party — or any other political party — with Gore’s combination of credibility and commitment. Bill McKibben, founder of the climate action group 350.org, calls Gore’s work on the issue “the most successful second act of any political life in U.S. history.” Perhaps that’s hyperbole, but it speaks to the regard in which Gore is held by climate activists. Though he’s been out of office for 15 years, he’s never left the climate fight. Gore has proven himself the opposite of those politicians who love the game more than they care about the issues.

The problem with a Gore candidacy, Klein says, is Gore himself. A notoriously stiff and unpersonable candidate, he is widely loathed by conservatives, who still talk about the time he said he invented the Nintendo or something.

The other problem is that he doesn’t want to run. A friend of the former veep told The Tennessean, “I’m certain that Al Gore is not doing anything to fan this. And no one that I’m aware of is doing any planning or organizing whatsoever to do anything like this.”

If the Democratic nomination that Gore is definitely maybe considering or possibly not considering doesn’t work out, maybe he’ll run as a third-party candidate. We’ll see Clinton versus Bush versus Gore in 2016, as though the past couple of decades never happened and it’s 1992 and you still order CDs from a magazine. It may be unlikely, but in a race where Donald “Pass the Spray Tan” Trump is the front-runner for the Republican nomination, anything could happen.