Believe it or not, Trump isn’t the first to propose nuking hurricanes 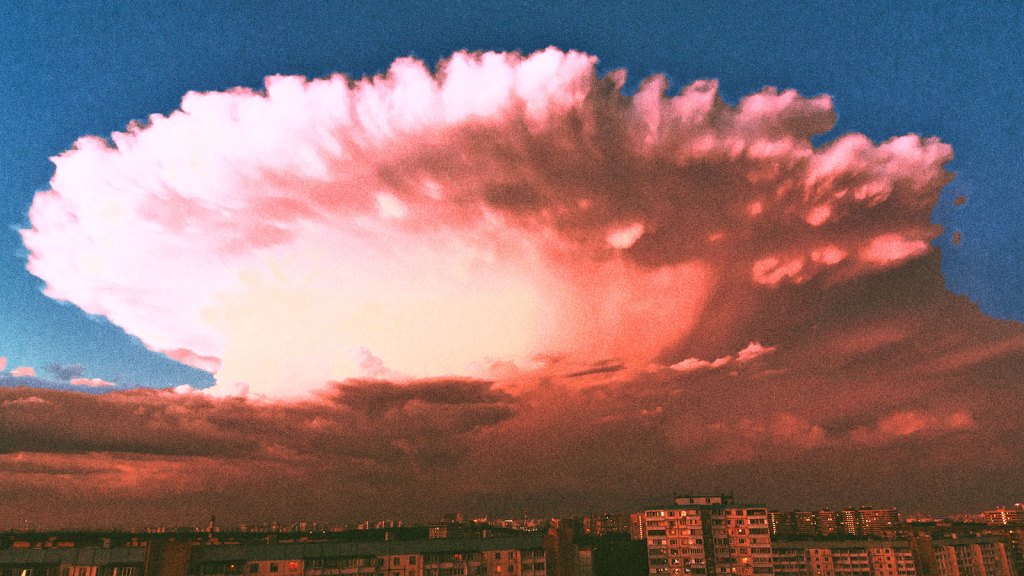 Believe it or not, Trump isn’t the first to propose nuking hurricanes

During the surprise 10-minute discussion about climate change near the end of Tuesday night’s “debate,” Biden emphasized the toll that the overheating planet has taken on Americans — from flooding to super-charged hurricanes — and pointed out one of Trump’s plans to handle extreme weather was to nuke it.

Trump denied this claim, but reports show that the president has floated the idea during meetings, arguing that a detonation might disrupt storms before they hit the United States. “You could hear a gnat fart in that meeting,” one source reportedly told Axios of a White House briefing. “People were astonished.”

Turns out that Trump wasn’t the first to come up with a hurricane-busting “plan.” There’s a long history of the U.S. government brainstorming ideas to tame monster storms, starting in the late 1940s. Over the years, people have suggested plenty of other half-baked ways to kill hurricanes, such as flying planes in a clockwise circle around a storm to try to “unwind” it, dragging Arctic icebergs in the Atlantic to cool down the warm waters that feed hurricanes, and shooting lasers at them, because why not?

No surprise that none of them have worked (not that anybody has actually tried nukes yet, thank goodness). But people have succeeded in modifying hurricanes, just not in the way they were trying to. Climate change, driven by greenhouse gas emissions, is the only real way humans have influenced hurricanes, and it’s only served to make them wilder.

Our overheating planet has modified Atlantic storms in a few keys ways, causing them to intensify more rapidly, hold more moisture, and move more slowly. That gives hurricanes more time to drench coastal cities, like Houston during Hurricane Harvey — a storm that was made six times more likely by climate change.

It’s the opposite of what people have been trying to do for the past 60 years. The idea of weakening a hurricane with nukes was originally floated in 1961 by Francis W. Riechelderfer, the head of the U.S. Weather Bureau at the time. The National Oceanic and Atmospheric Administration devotes a whole section of its site to debunking the notion. Essentially, hurricanes are way too powerful to be blown apart by nuclear weapons — and the radioactive fallout would be devastating.

Trying to control the weather is nothing new: People once performed rainmaking dances and offered sacrifices in the hopes that the gods would end droughts. Modern technology brought new methods.

In 1947, the government sent a B-17 bomber to a hurricane, 400 miles from Florida, as Eric Jay Dolin writes in A Furious Sky: The Five-Hundred-Year History of America’s Hurricanes. Project Cirrus, as the effort was called, aimed to discover whether adding dry ice to clouds would produce precipitation, an idea called “cloud-seeding.” The pilots dropped 180 pounds of dry ice and waited to see what happened. The hurricane ended up hitting Georgia and causing millions of dollars in damage.

The public was not pleased, and Project Cirrus was soon shut down. But the idea of cloud-seeding was reborn in 1962 as Project Stormfury, which aimed to weaken hurricanes with silver iodide, ultra-tiny particles of silver that, if put into rain-ready clouds, may slightly increase precipitation or force rain to fall early. The project failed — but it did provide meteorologists with new research and tools to understand the behavior of Atlantic storms, Dolin writes, like hurricane-hunting planes.

But the most popular idea has been to nuke ’em. Humans don’t exactly have a great track record with changing the weather — or nuclear weapons, for that matter. Combining the two seems like a recipe for disaster.