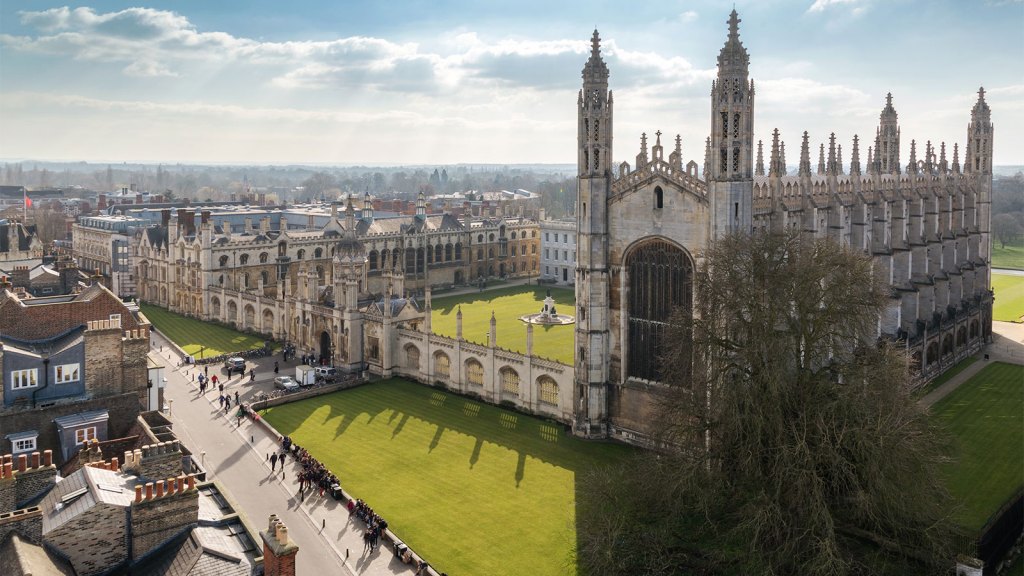 Poohz / Getty Images
Have it both ways

The University of Cambridge is upping the ante for the fossil fuel divestment movement. The 811-year-old British institution announced on Thursday that it not only plans to divest its $4.5 billion endowment from fossil fuels — it also aims to achieve net-zero greenhouse gas emissions across its investment portfolio. That means even after it has sold off all of its investments in fossil fuel companies, it will continue to try to reduce its holdings in companies that emit greenhouse gases, or engage with them to reduce their emissions, and then offset any remaining carbon pollution tied to its investments.

While Cambridge joins a growing cadre of universities, faith groups, pension funds, cities, and even countries divesting from fossil fuels, its two-pronged approach is a first. Earlier this year, Harvard became the first university to announce it would aim for net-zero by 2050 across its $40.9 billion endowment, but it pledged to do so without divesting from fossil fuels. How it will accomplish this remains a mystery — the Ivy League school has yet to lay out any interim goals or concrete steps it will take.

These kinds of bold but vague targets are rampant in shareholder actions on climate change, but Cambridge has already set some deadlines: It will pull its investments from conventional energy–focused equity managers by the end of this year, build up “significant investments” in renewable energy by 2025, divest from any remaining exposure to fossil fuels by 2030, and finally aim for net-zero across its portfolio by 2038.

University leaders agreed that the school should take some action on climate change, but there was always a question of strategy: Should it pull its money out of fossil fuels, or use its leverage as a shareholder to attempt to change companies’ behavior?

While several elite universities have chosen divestment, like Brown, Oxford, and the entire University of California system, others, like Harvard, Yale, and Princeton, have rejected that tactic in favor of engaging with fossil fuel companies on the issue of climate change. In a letter to faculty explaining Harvard’s net-zero decision, university president Lawrence Bacow wrote, “If we are to develop a productive path forward, we and others will need to work with these companies, recognizing our dependence on their products for the foreseeable future, the nature of the assets under their control, and the special knowledge and expertise they possess.”

It’s hard to assess which route is more effective. In a 2019 paper titled “To Divest or to Engage? A Case Study of Climate-Change Activism,” a group of Cambridge professors wrote that “the evidence on both sides is still being accumulated.” Research on past divestment campaigns, like the movement to divest from South Africa during Apartheid, shows that they don’t inflict much damage to companies’ bottom lines but can still be a powerful tool to influence social discourse, which in turn can affect government policy and corporate strategy.

The success of engagement campaigns is even harder to quantify because it’s impossible to attribute a change of behavior to any particular shareholder. One study of shareholder engagement found that it’s more successful when the company is concerned about its reputation. The authors also write that collaboration with other activist investors and stakeholders improves results. That offers some evidence in favor of Harvard’s decision to join activist investor groups like Climate Action 100+, which now has more than 500 signatories representing more than $47 trillion in assets.

In 2019, the Cambridge University Council bowed to faculty pressure to produce a report that looked at all of the available evidence on the advantages and disadvantages of divestment and shareholder engagement. The report was also supposed to assess the “moral acceptability of a University committed to educating future generations, and whose core values include sustainability, benefitting from investments in fossil fuels that threaten that future.” After reviewing the extensive 116-page report this summer, the school ultimately chose both paths.

Across the pond, Harvard divestment student organizer Caleb Schwartz congratulated Cambridge’s divestment activists on their success. He told Grist that the school’s announcement “puts Harvard’s vague commitment of going net-zero by 2050 to shame.” But for him, even Cambridge’s bar-pushing announcement misunderstood one key part of the divestment movement — it’s about more than the energy transition.

“Cambridge’s commitment to reinvesting money in renewable energy is good, but the only way to fully adapt to the climate crisis is if we start investing in the wellbeing of all communities, especially those that are under-resourced and historically marginalized,” he told Grist in an email. “As we celebrate this victory, we know that there is much work to be done.”