Bernie Sanders lays out what Democrats should do next 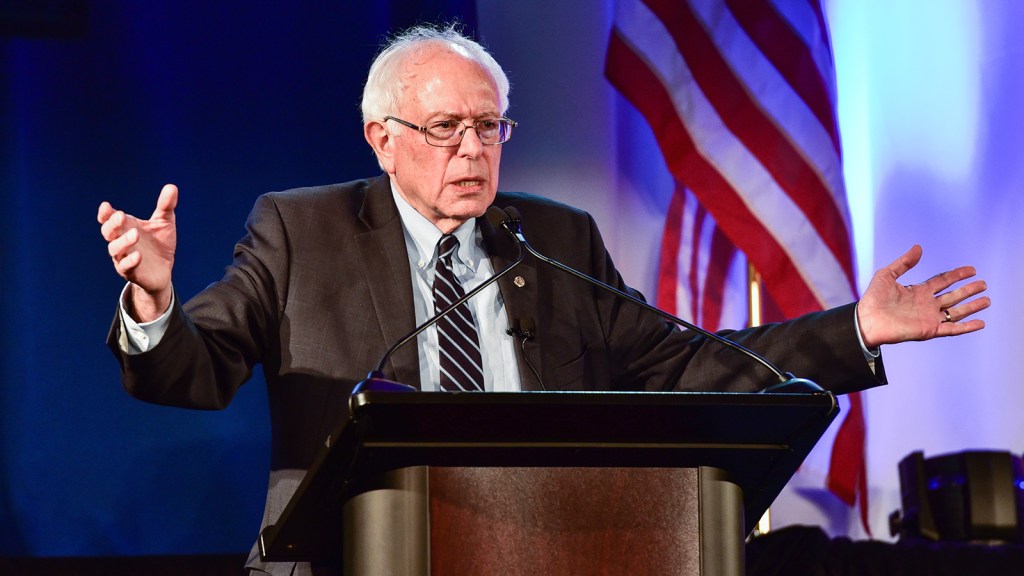 Bernie Sanders lays out what Democrats should do next

The race for the Democratic nomination may be more or less over for Bernie Sanders. The natural question is: What does he do next? The Vermont senator insists that’s the wrong question, in an op-ed published in the Washington Post. Instead, it’s about “what the 12 million Americans who voted for a political revolution want.”

Those 12 million, according to Sanders, want to see his major platform points — a just economy, overturning Citizens United, criminal justice reform, and action on climate change — come to fruition. He writes on climate change:

If present trends continue, scientists tell us the planet will be 5 to 10 degrees Fahrenheit warmer by the end of the century — which means more droughts, floods, extreme weather disturbances, rising sea levels and acidification of the oceans. This is a planetary crisis of extraordinary magnitude.

What do we want? We want the United States to lead the world in pushing our energy system away from fossil fuel and toward energy efficiency and sustainable energy. We want a tax on carbon, the end of fracking and massive investment in wind, solar, geothermal and other sustainable technologies.

Sanders’ supporters last week pushed the Democratic National Committee to embrace many of these points in its party platform, including calls for a nationwide fracking ban and a carbon tax. While Sanders and Clinton mostly agree on the science and dangers of climate change, his rival never endorsed either of these proposals.