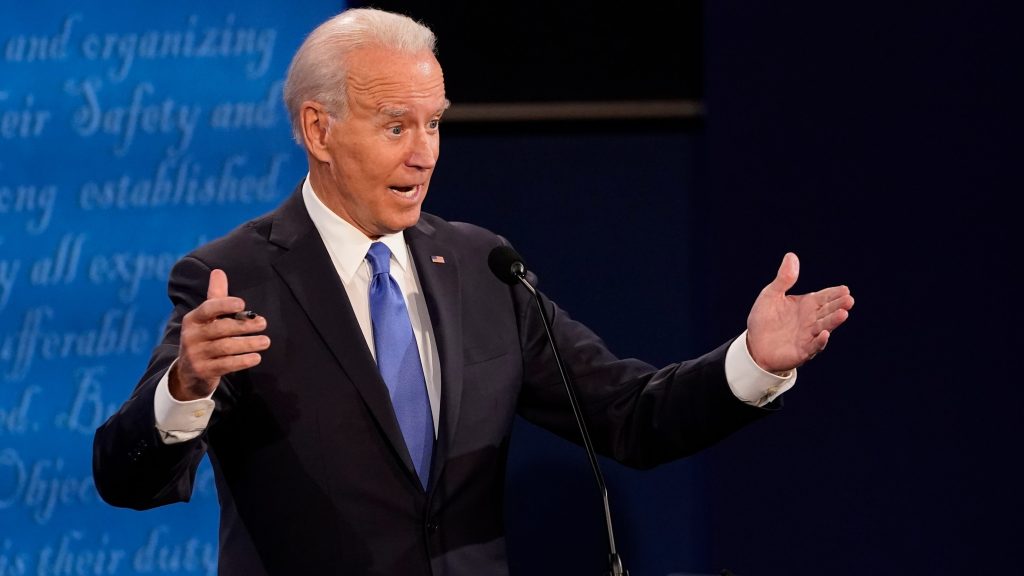 There was a first in the second and final presidential debate of the 2020 election cycle: NBC News White House correspondent and Thursday’s moderator Kristen Welker asked a question about environmental justice.

For those not familiar, “environmental justice” refers to the undue burden faced by low-income populations and communities of color from both the causes of climate change (like pollution from oil refineries and fracking operations) and its effects (like sea-level rise and extreme heat). According to Judith Enck, a former regional administrator for the U.S. Environmental Protection Agency, it’s the first question on the topic to be posed to candidates on a presidential debate stage in history.

Welker asked President Donald Trump: “Some people of color are much more likely to live near oil refineries and chemical plants in Texas. There are families who worry the plants near them are making them sick. Your administration has rolled back regulations on these kinds of facilities. Why should these families give you another four years in office?”

Trump responded by saying those families were gainfully employed — “They are making a lot of money, more money than they’ve ever made” — before pivoting to talking about how his administration recently saved the oil industry.

The price of oil did plummet shortly into the lockdowns spurred by the novel coronavirus. After Russia and Saudi Arabia flooded the market with oil, demand dried up due to quarantines around the globe. The price of West Texas crude reached its lowest level in history in April. Ultimately, the Trump administration worked with the two oil-producing countries to slow supply, which steadied the markets.

But the success of American oil producers wasn’t what Welker was after with her question.

When Biden was given a chance to respond, he lectured his opponent on environmental justice, a topic that was bandied about often in the Democratic primary — and even garnered its own candidate forum during the campaign. Over that period, the term moved from environmental advocacy jargon to the headlines of the New York Times.

Biden then talked about his childhood growing up near refineries in Delaware, oil slicks on the window of his mom’s car, and how many of the state’s residents at the time were being diagnosed with and dying of cancer. “The fact is those frontline communities, does not matter what you’re paying them, it matters how you keep them safe,” he said, before suggesting that the government impose restrictions on pollutants going into those communities. (It’s something the Clean Power Plan, put in place by the Obama administration, actually did; Trump rolled the plan back in 2019.)

Environmental advocates celebrated Welker’s question on social media. Adrien Salazar, a senior campaign strategist with the left-wing think tank Demos (and member of the 2019 Grist 50), chalked it up to years of hard work at the grassroots level.

Tonight we saw a question about pollution in fence-line communities. This is a testament to years of movement building and the incredible force of people power that have put #ClimateJustice and #EnvironmentalJustice at the center of a Presidential contest in 2020. #Debates2020

It was not only a victory for people who have been calling attention to fenceline communities throughout the country and the world for decades. The exchange also offered a stark contrast between the priorities of both the candidates. The president focused on the health of people’s and industries’ finances; his challenger focused on the health and safety of vulnerable communities.