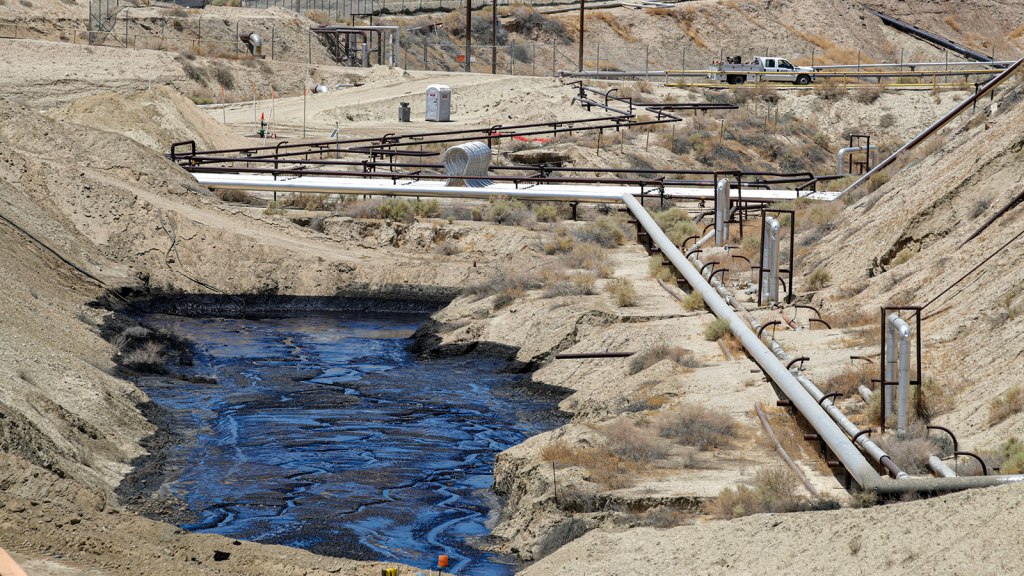 At the State of the Union in February, President Trump boasted that his administration’s deregulatory agenda had made the U.S. “energy independent.” It was a dubious claim at the time, but recent events stemming from the outbreak of the novel coronavirus have shown it to be even more of a ruse.

This month oil prices plummeted about 25 percent and settled around $35 per barrel — the biggest slide in nearly 30 years. The slip started with reduced demand for oil in China and elsewhere due to the economic fallout of COVID-19. Then it accelerated dramatically this week, after Russia refused to sign onto a proposal from Saudi Arabia and other major oil producers to cut production in response to lower overall energy demand. With demand sagging and a sustained glut in the supply, the stage was set for prices to plummet.

The crash demonstrates the interconnected nature of the global oil market. The U.S. is now the largest oil producer in the world, but it still imports roughly 9 million barrels of petroleum per day. The cost and availability of oil is therefore still very much dependent on market activity elsewhere. In a globalized world, the U.S. economy cannot escape the effects of a global pandemic, geopolitical upheaval, and the subsequent plunge in oil prices.

With prices cratering, oil and gas market analysts expect a slate of bankruptcies, job cuts, and slashes in expenditures across the globe — and especially in the supposedly “independent” U.S. This could well result in operators idling or abandoning wells, which can have detrimental effects on the environment. Unplugged wells leak methane, a potent greenhouse gas that contributes to climate change, and can contaminate groundwater.

“If this price war continues for a year or more, it can really be the nail in the coffin for many companies,” said Audun Martinsen, head of oilfield service research at Rystad Energy, an energy consulting group based in Norway. Martinsen projected that oil and gas companies worldwide will scale back capital and operational expenses by $100 billion in 2020 and that the shale industry in the U.S. would bear the brunt of the economic effects. About half of the 10,900 wells planned for 2020 might not be dug at all, he said.

While there are climate benefits that come with decreased fossil fuel extraction, environmental groups fear that oil and gas producers will also respond to this week’s crash by simply pausing production at many wells for months or years until it becomes profitable to pump again — or abandoning them altogether, leaving taxpayers to pay for cleanup costs.

A recent investigation by the Los Angeles Times and the Center for Public Integrity found that in California alone about 35,000 wells are already in “idle” status. About half of them have not produced oil and gas in more than a decade. Companies are required to post bonds to ensure the state has money to plug disused wells and clean up abandoned oilfields, but the investigation found that operators had only posted $110 million in bonds — even though it would cost about $6 billion to fully remediate the sites.

A similar analysis by the Center for Western Priorities, a Colorado-based environmental group, found that it would cost about $6.1 billion to clean up all producible oil and gas wells on federal lands, but companies had only ponied up $162 million — less than 2 percent of the projected cost. The more operators that close up shop during this price shock, the higher the risk that they will walk away from their cleanup responsibilities and leave the federal government holding the bag.

That shortfall might ultimately become the responsibility of state and federal governments. At the same time, lower oil prices could also affect state budgets. For instance, in Wyoming, a $5 per barrel drop in oil prices results in a $70 million decrease in revenue for the state annually. State lawmakers there are already dealing with a $150 million deficit over the next two years, and that’s without taking this week’s price drop into consideration.

Major oil and gas companies like Exxon and Chevron are likely to weather prolonged low prices without serious consequence. So will midsize operators with private equity backing. But small, family-owned businesses will struggle to stay afloat, Martinsen said.

That’s because the coronavirus-fueled price decline this week comes on the heels of sustained low prices over the last few years. In 2014, crude oil prices dropped from about $110 per barrel to less than $60 per barrel. In an attempt to force the U.S. to decrease production, the Organization of the Petroleum Exporting Countries (OPEC) — a cartel of 13 oil exporters including Saudi Arabia, Iran, and Venezuela — refused to cut production, pushing prices down further. By the time OPEC agreed to scale back production in 2016, prices had dropped below $40 per barrel.

But the damage was already done. The low prices between 2014 and 2016 put dozens of shale drillers out of business.

“That was basically a bloodbath,” said Martinsen. “Big service companies were laying off big time and many remaining [companies] went under Chapter 11 [bankruptcy].”

U.S. oil production has continued to balloon since 2016, pushing prices down further. According to Haynes and Boone, a corporate law firm, nearly 200 oil and gas producers have filed for bankruptcies since 2015. As a result, many shale drillers facing this week’s drop in prices are already in a financially precarious situation.

Whether prices rebound again largely depends on whether OPEC and Russia can reach an agreement on cutting production, Martinsen said. Those efforts are further complicated by the spread of COVID-19. The two parties are scheduled to meet again in June, but Martinsen said “it is likely that they will not come to an agreement” then.

“It seems to be a challenging time ahead,” said Martinsen. “It’s all about trying to seek shelter — and trying to recover some of that potential loss that we’ll see in the future.”