Brush with danger: The long battle over a spooky toothpaste additive 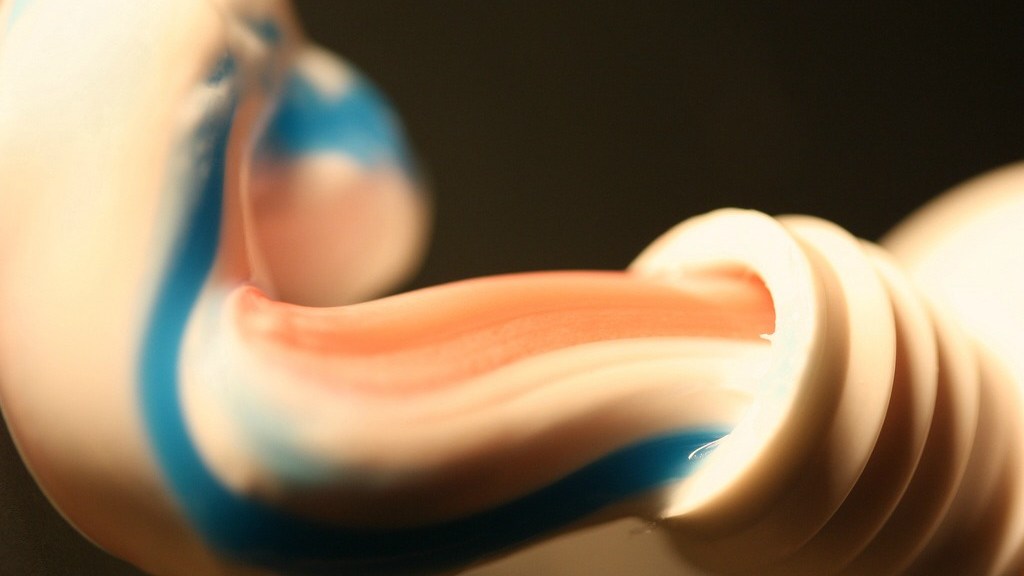 Brush with danger: The long battle over a spooky toothpaste additive

In one project, we collaborated with a local research university’s investigation of the giant hairball of research that is multiple chemical exposure. They were trying to translate that research to a wider audience — specifically, women who were about to have babies. The public health outreach workers would write what we hoped would be fun, informational articles. I would edit them.

Then the op-eds began to trickle in. In the same way that all fairytales share certain essentials, the op-eds all boiled down to a single narrative: That thing you think is OK? It’s bad for you.

Everything that smells good? Stay away! It’s full of fragrance-enhancing phthalates that mess with your endocrine system! That baby shampoo? The chemicals put in it to keep it fresh are mixing together in the bottle to create formaldehyde! Squishy plastic water bottle? Killing your sperm and giving you cancer! Airport bathroom hand soap? Mini tube of toothpaste just handed to you at the dentist? Don’t go ahead and just rub it all over yourself, because odds are it’s full of triclosan, an antimicrobial substance that is a proven endocrine disruptor in rats and mosquitofish, and which could be spreading allergies and the development of antimicrobial resistant bacteria (meaning more salmonella and E. coli for everyone, as if we didn’t have enough already).

I came to dread the op-eds. My private name for them was “Fear of the Week.” I felt like our readers didn’t really have time to be afraid of all these things. I often said to the public health people that if they were so serious about public health, they should be working on legislation, not just education. They responded that legislation was more complicated than I might suspect.

Perhaps, I suggested, they could tell our readers the story of some environmental successes in their field, to leaven the panic a bit. Did anything spring to mind?

“Lead,” they said. I asked if they had anything more recent. “Lead,” they replied, “lead was the big one.”

Did anyone read Fear of the Week? Not by our site’s stats, they didn’t. As far as I know, I was the only person affected by them. While I still argue that life is too short to spend scrutinizing the world for things that might fractionally shorten it further, I still feel a flicker of unease every time I wash my hands with unfamiliar soap.

Which is why I find it so interesting that one of the old fears of the week — triclosan — has been showing up in the news recently. The reason? A lawsuit brought by the Natural Resources Defense Council against the FDA, to force it to make a decision on whether triclosan is dangerous or not.

The FDA has been holding off on making that call since 1978. That was the last year that it looked seriously at the chemicals that fall into the “Topical Hand Products” category. Each chemical in this class could fall under one of three categories: (1) safe and effective; (2) either safe or effective, but not both — which means that it’s kaput, and all the companies that are using it will have a year to reformulate and get it out of their products; or (3) not enough data.

The ’78 draft by the FDA stated that it was unsure whether triclosan qualified as either safe or effective, but it never did anything that would have eased the ambiguity around its safety, like finalizing those drafts. Why wasn’t the ’78 draft ever finished?

“Well,” said Mae Wu, an attorney at the NRDC working on the suit, when I called her recently, “The FDA would say that it has a lot of other priorities. But there are also easy ways for the industry to keep dragging this out, just by submitting more and more information for the FDA to evaluate.”

Triclosan remained in legal limbo, and still in use. It inspired op-ed pieces, the occasional consumer boycott, and vows from certain companies not to use it in their products. Sen. Ed Markey (D-Mass., and then in the House of Representatives) wrote the FDA a letter. But to most people standing in the toothpaste aisle, contemplating their options, it didn’t even register as something to be worried about.

Enter the lawsuit. The NRDC has its origins in lawsuits that were intended to force the EPA to enforce the Clean Air Act and the Clean Water Act. The NRDC had acquired a doctor on staff, Sarah Janssen, who was especially preoccupied with potential endocrine disruptors. To Janssen and the rest of the NRDC, triclosan looked like an especially appropriate target. While there was some evidence that it wasn’t safe, there was also a great deal questioning its effectiveness, too: In 2005, an advisory committee told the FDA that soap with triclosan was no more effective at reducing bacteria on your hands than simply washing them with plain soap and water.

The lawsuit did not go smoothly at first. It was filed in 2010, and was initially dismissed by the first judge that heard it, says Wu, on the grounds that the members filing the suit did not seem injured enough: If they were that worried about triclosan, they could just switch toothpaste brands and carry soap with them everywhere. (If they were that worried about their kids, they could also send their kids off to daycare with their own personal hand soap.) An appeals court later sided with the NRDC, and the suit was off to the races, in the sense that it has kept on moving, albeit very, very slowly.

And it will continue to move slowly. As Mae Wu explains, now that NRDC has won the suit, the FDA’s final monograph — or determination on whether triclosan qualifies as both safe and effective — will be released on Dec. 16. After that, there will be a six-month public comment period that will close on June 16, and after that there will be a year and a half dedicated to still more rebuttals.

The final monograph will be released on Dec. 16, 2016. Although many have reported that the lawsuit will force a ban of triclosan outright, all it’s really doing is forcing the FDA to make a decision. The FDA may decide that it’s perfectly safe and effective. Or it may decide that it needs even more information than it’s been able to gather over the last 35 years.

Also: None of this will affect the uses of triclosan that are governed by the EPA. There, it’s regulated as an insecticide and a mildew suppressant. It’s used in carpet padding to deter mold, and in cutting boards to keep them from getting mildewy and gross. Approaching that would be a whole other battle — though, Wu argues, likely a less important one, because if something is bad for you, it’s hard to find a behavior much riskier than putting it in your mouth and brushing your teeth with it.

Meanwhile, Proctor & Gamble and Johnson & Johnson, smelling change in the wind, have begun to take triclosan out of their products. Colgate has taken it out of everything but Colgate Total, which actually advertises itself as having triclosan, because despite the rumors of its ill effects, it does seem to cut down on gingivitis.

What does this mean? Three years after I learned enough about triclosan to become paranoid about it, it might actually be banned — another three years from now. This whole state of affairs is happening because of a lawsuit, which has been successful in the sense that now the FDA has to do something — but may not decide to do what the NRDC and many public-health types were hoping. And the companies that used triclosan, who seemed immune to all the shaming and disdain directed towards them over the last three decades, are reformulating, either because the negative publicity has reached a certain point where it’s worth the money to do so, or because they’re anticipating being forced to reformulate anyway.

When I first began reporting on politics, it became clear what I’d been taught in school about how government functioned was a fairytale all its own. In real life, laws never got passed, or laws got passed but never got funded, and agencies didn’t necessarily do what they were supposed to. The story of getting the FDA to take a real look at triclosan is a tale of environmental regulation as it actually functions — many people working on the same issue, sometimes together, and sometimes not, and adding to one another’s efforts over time, rather than the fast-paced Rube Goldberg contraption that I learned about in high school civics.

It’s also made the cynical editor in me think twice before assuming that a slow-moving battle is a hopeless one. Three years ago, I took it for granted that the FDA would never examine triclosan with the scrutiny that it merited. Now, three years later, it looks like it might.