California Democrats are raising the bar on climate action 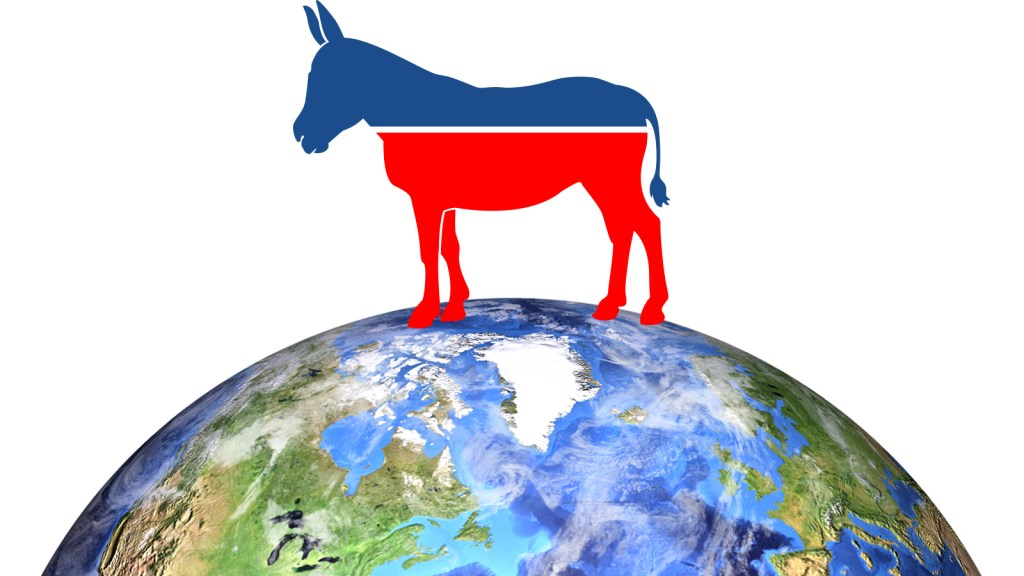 California Democrats are raising the bar on climate action

In a presidential election season that has already managed to run the gamut from mildly infuriating to unequivocally bonkers, it’s easy to forget that run-of-the-mill state politics both a) exists and b) matters. California Democrats proved both of those points on Sunday with the adoption of a reinvigorated platform, bundled into which is an aggressive energy and environment plan. It’s a case study in an aggressive environmental agenda filing its already sharp teeth.

While a previous energy and environment plank called for “reduced reliance on dirty forms of energy such as coal,” the new platform calls for its total end. Language in the new plan opposes all investment in “new fossil fuel infrastructure projects” — the blanket nature of which covers everything from coal export terminals to natural gas plants. It also calls for the expansion of decentralized energy generation (think plenty of rooftop solar panels), especially in disadvantaged communities.

“Our platform is very forward-thinking,” said Eric C. Bauman, vice chair of the California Democratic Party. “It reflects the best values of Democrats and progressives, and it sets a standard against which candidates, elected officials, and activists all across the country look to measure themselves.”

California’s government is blue across the board. With a Democratic governor, Democrats in control of both state houses, and no real prospect of electoral upsets, the state party’s platform promises to appeal to voters who are ready to usher in real action to fight climate change.

Last September, the California state legislature’s passage of Senate Bill 350 offered a mixed bag for environmentalists. While the law requires utilities to generate 50 percent of their electricity from renewable sources by 2030, it fails to rein in the state’s heavy gasoline consumption, thanks to pressure from the oil lobby. The new energy and environment platform revives the goal of cutting fuel use in half by 2030 and pushes the state to generate a whopping 100 percent of its electricity from “renewable and sustainable energy sources” by the same year. This is a platform that “gives hope to people that their political party and its elected officials, candidates, activists, and leaders will actually consider what makes life better for everybody,” said Bauman.

California often shines as a beacon of climate action in the United States, and the release of the Democrats’ environmental plan just turned up the wattage. As the state faces the 2018 election of a new governor to replace climate champion Jerry Brown, it will be enshrined values like these that will ensure the expansion of his already substantial environmental legacy.

In the wake of a Supreme Court stay on the Obama administration’s Clean Power Plan, local initiatives like these take on even greater importance. The Paris Agreement — discussions around which were broadly led by the United States — requires buy-in from all its signatories if it’s to succeed. In other encouraging news, Maryland’s state Senate passed a bill last week on a 38-to-8 vote to cut greenhouse gas emissions 40 percent by 2030, compared to 2006 levels. That, too, is the kind of state effort that lends itself to the kind of international credibility the United States needs to maintain as the U.N. agreement enters its implementation phase.

Raising the bar at the state level is always good news on the climate front, especially when federal action gets stuck in gridlock. Bauman argues that California Democrats can do so because they don’t have to use “the same kind of coded language” that he suggests crops up in national platforms. “We don’t have to do that. We get to give voice to the issues we believe in and we get to do it in an authentic way.” Here’s to hoping, as usual, that other states can follow California’s lead.