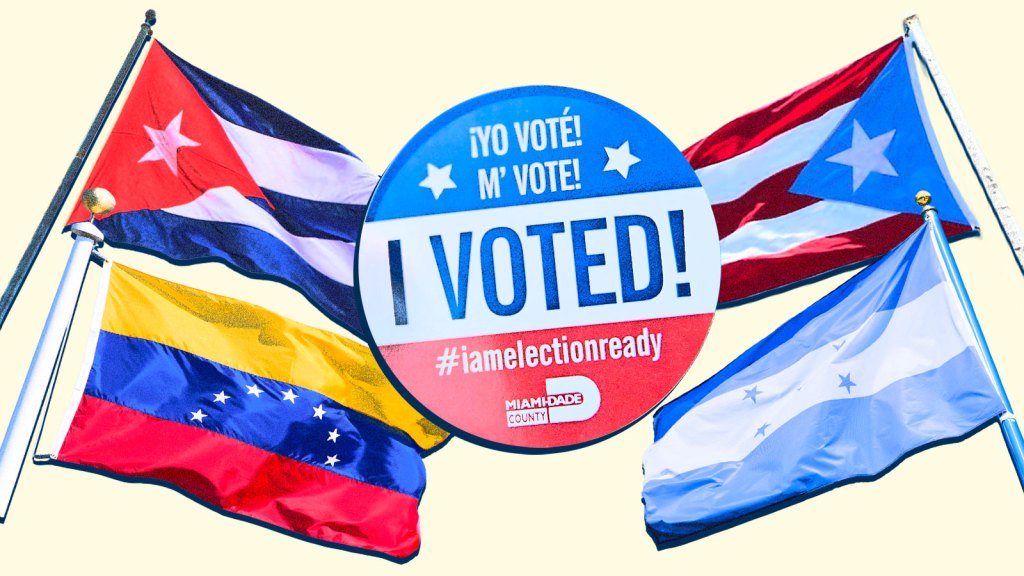 The “Latino vote” is complicated. More than half of U.S. population growth in the last decade has been among Latinos, and conventional wisdom holds that this trend is a boon for the Democratic party. However, while people who identify as Hispanic or Latino are more likely to identify as Democrats than Republicans, the incredible diversity of U.S. Latinos means that their votes are very much up for grabs.

There is one issue, however, that unites these disparate groups of voters: Regardless of their national or ethnic background and country of origin, many Latinos care about the environment. A 2019 study from Yale University found that almost 70 percent of people who identify as Hispanic or Latino are alarmed or concerned about the climate crisis. Less than 50 percent of non-Hispanic white Americans expressed similar levels of concern.

Not only are Latinos exceptionally concerned about climate change — they are also more likely to factor it into their 2020 vote. Almost 60 percent of Latinos surveyed stated that global warming was a very important factor in their vote, compared to just 35 percent of non-Hispanic white Americans.

It makes sense that Latinos care about the environment. Many Latin American communities in the U.S. are exposed to more air pollution and contamination than their white counterparts, and the early effects of the climate crisis have been a factor in recent waves of Latino migration to the U.S. mainland. In other words, it’s hard to ignore the effects of climate change and pollution when you’re experiencing them firsthand.

Still, no two Latin American communities in the U.S. are the same. Roughly 400,000 Puerto Ricans, for example, moved to the mainland after being displaced by Hurricane Maria. As lifetime U.S. citizens, immigration issues are less likely to affect them — and economic and environmental issues may be more salient.

Venezuelan Americans, on the other hand, may be more concerned with the finer points of immigration policy: The number of Americans born in Venezuela has grown more than 300 percent since 2000, with an especially large increase occurring in the past five years, as many Venezuelans fled the country’s economic collapse. One one hand, the Trump administration has denied Venezuelans Temporary Protected Status (TPS), which could predispose U.S. citizens of Venezuelan origin against the Republican party. On the other, charges that Democrats are pro-socialism are more likely to stick in this population, given that many chose to leave an actual socialist government behind.

Though these particular populations number in the hundreds of thousands — for comparison, there are more than 35 million Americans of Mexican origin — they may end up deciding the 2020 election. That’s because a huge number of them reside in Florida, a state whose 29 electoral college votes are a must-win for President Trump and a coveted prize for his challenger, Democrat Joe Biden. All in all, a record 17 percent of the state’s eligible voters are Latino.

Even though Florida is ground zero for the climate crisis in the mainland U.S., environmental issues are competing with many other concerns as Florida’s Latinos decide who to support in 2020. After months of a devastating global pandemic, health care and economic stability are at the top of voters’ minds. Sources who spoke to Grist said that a fusion of these bread-and-butter issues with environmental messaging could sway a decisive portion of these voters into the Biden camp — and that might be enough to put him in the White House.

If Biden foregrounds a focus on holistic, achievable policies that tackle different problems facing Latino communities, it could be enough to sway some conservative-leaning voters away from Trump, according to Carlos Curbelo, a Republican Cuban-American who held a congressional seat in South Florida from 2015 to 2019.

“A lot of Hispanic families came to the U.S. because they wanted to make sure their children would be better off than they’ve been, and connecting the climate issue to a prosperous and safe future for rising generations is also a theme that does resonate,” he said.

He added that, though many Latinos care about the environment and how the climate crisis will affect them, certain Latin American communities need to know that the Biden administration understands their differences and can speak to some of their political anxieties, including accusations of socialism emanating from right wing media.

“Some of the Trump campaign’s efforts to tie the Biden-Harris ticket to socialist and other big government policies have been effective,” Curbelo said. “[Biden should position] climate in the context of new and better jobs, business opportunities for clean technologies…. It behooves any campaign to diversify their outreach to the Hispanic community and to be nuanced.”

It’s easier to use fearmongering tactics on communities who have been displaced from their countries after years of violence and the authoritarian governments that formed in the wake of socialist revolutions. Though Latinos care a lot about the environment, the fear of losing the “law and order” they’ve found in the U.S. — particularly for Venezuelans who have lived through food shortages and mass unemployment, and Cubans who fled the reprisals of the Castro regime — is more visceral than the fear of Florida being underwater.

“People are willing to trade in their rights for a little bit of security,” said Eduardo Gamarra, the director of the Latino Public Opinion Forum at Florida International University. “This year it’s the threat of communism. You can say ‘oh look at the fires in California’ — but that’s in California. The ‘communists’ are on the other side of the Florida Straits.”

About 58 percent of eligible Cuban-American voters backed Donald Trump in 2016, according to exit polls. It may happen again: More than half of all Cuban-Americans in South Florida support the president this year as well, according to a poll from Florida International University.

It’s often assumed that Puerto Ricans who move from the island to the states will automatically vote for Democratic candidates, given that a majority of Latinos overall are registered Democrats. But for the many Puerto Ricans identifying as evangelical or Roman Catholic, the Republican party’s emphasis on traditional families and morality holds significant appeal.

The island’s own governor, Wanda Vázquez Garced, endorsed President Trump earlier this month and encouraged the Puerto Rican diaspora on the mainland to vote for him. When asked about Trump’s controversial 2017 visit to the island after Hurricane Maria — when he threw rolls of paper towels into a crowd of people, as if hosting a game show — Garced responded, “No one is perfect.”

Ana Maria Archilla, co-executive director of the Center for Popular Democracy, argued that the Biden-Harris campaign could use some of the same strategies that conservative campaigns use, including invoking religion and appealing to a given community’s emphasis on family values and tradition. She sees it as an opportunity to connect morality and environmental justice — a connection made by none other than the pope himself. (Almost half of all U.S. Latinos identify as Roman Catholic.)

“I think the pope has been one of the most compelling messengers of the connection between climate change and inequality and democracy,” she said. “That appeal is very powerful.”

Mark Magaña, founder and CEO of the nonprofit Green Latinos, argued that Biden could appeal to the cultural roots of many Latinos’ concerns for the environment to generate new votes.

“It’s how we [Latinos] live without even thinking about it: as stewards of the land,” he said.

He added that connecting the economy and access to health care with climate policy and environmental justice could sway some conservative or centrist Latino voters away from Trump.

“If we do nothing [about the climate crisis], we’ll lose,” Magaña said. “The economic costs of the coronavirus, the economic costs of forest fires, of flooding, of droughts, of extreme heat, of asthma — it means a loss of school hours, loss of jobs. It will lead to extreme economic insecurity, which we’re seeing right now.”