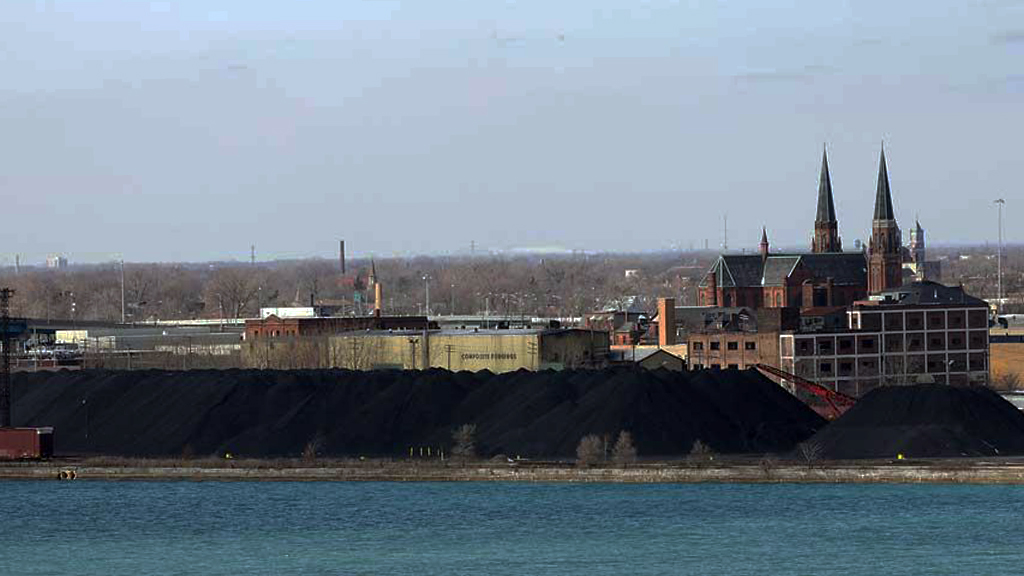 The summer that I learned to drive, it rained almost every day. No one in my neighborhood knew quite what to make of it. Summers in the suburbs of Detroit were brutal, and if you knew what you were doing you spent them cultivating the friendship of someone with a swimming pool or air conditioning, because the alternative was lying on the linoleum with a glass of ice water in each hand, praying for death.

She had just picked me up from driver’s ed. I had spent all afternoon trying to learn how to drive in monsoon weather the way that our driving instructor approved of, which was to cruise past all the classic car dealerships in a manner that was slow and steady enough so that he could get a really good look at each car in the showroom window. “Look at that!” he would say, fingertips pressed against the rainy glass of the passenger side window. “Look at those beauties.” The statement was rhetorical. I had learned the hard way that I wasn’t supposed to turn my head while I was driving.

“What’s global warming?” I asked my mom. It sounded ominous.

“Just this idea that the world is getting warmer,” she said. “But it’s not, obviously. Not with this weather!”

That was the Michigan I knew, back in the late ’90s. But today, climate change is a big issue in the state — literally. It looks to be the key issue in the upcoming Senate race between Rep. Gary Peters (D-Mich.) and the Republican candidate, former Michigan Secretary of State Terri Lynn Land.

“Michigan is on the front lines of climate change with our Great Lakes and economic system,” Peters told Greg Sargent of the Washington Post. “The Great Lakes are incredibly important for Michigan. This is something elected officials should be talking about — we have to be concerned about it.”

What has brought this concern about? Trouble, mostly. The rupture of Enbridge Line No. 6 into the Kalamazoo River, also known as the largest inland oil spill in U.S. history, provided an involuntary civic education in contemporary crude extraction and transportation. So has the three-story high pile of petroleum coke that the Koch brothers left on the shores of the Detroit River (it’s since disappeared), and this year’s refinery spill on the other side of Lake Michigan.

Given how much pre-existing pipeline infrastructure runs along the Great Lakes, Michigan is at high risk of being a site for future oil spills, while the lakes themselves are beginning to show signs of being affected by climate change.

But this concern also looks like some good-old-fashioned political maneuvering. Peters, who has served three terms in the House of Representatives, was thought to be a shoo-in for this election. Then, back in January, attack ads against Peters began to air — about $1 million worth. The ads were funded by Americans for Prosperity, one of the political nonprofits controlled by the Koch brothers. Was Michigan now one of the battlegrounds chosen by Republican donors intent on gaining a majority in the Senate? Sure looked that way. Meanwhile, Washington pundits noted that Terri Lynn Land had already raised more money for her campaign than Peters and declared that she now had the edge in the race.

But if the Koch brothers are boosting Land’s campaign, they’re also the guys behind that three-story high pile of petroleum coke, and a whole lot of bad climate change policy, including pressuring senators and representatives to sign a pledge not to spend any money to fight climate change without an equivalent amount of tax cuts.

By talking climate change, Peters is complicating the political relationship between Lynn and the Kochs. When questioned by the Post, a spokesperson for Land wrote back with this statement:

Terri believes that there should be a healthy and educated debate on the impact of human activity on our environment, but she does not agree with radical liberals like Tom Steyer and Congressman Peters on the extent of the effect of human behavior on our climate. While Terri continues to focus on  jobs, the economy and protecting the Great Lakes, Congressman Peters has instead focused his energy on selling out Michigan workers and adopting the radical agenda of California billionaire Tom Steyer.

Oh right, jobs. If there’s one thing Michigan has been pining for, for years, it’s that. But what kind of jobs we might have on offer for not dealing with climate change remains to be seen.

Michigan was once a great polluter, and one that promised a pretty good standard of living and a cabin “up north” for being a part of the system that polluted. But if the last five years are any indication, the state has become a dumping ground for other people’s pollution. There aren’t many jobs in that, and it’s going to be a harder sell for voters. In the meantime, it will be interesting to see how this race shapes up.