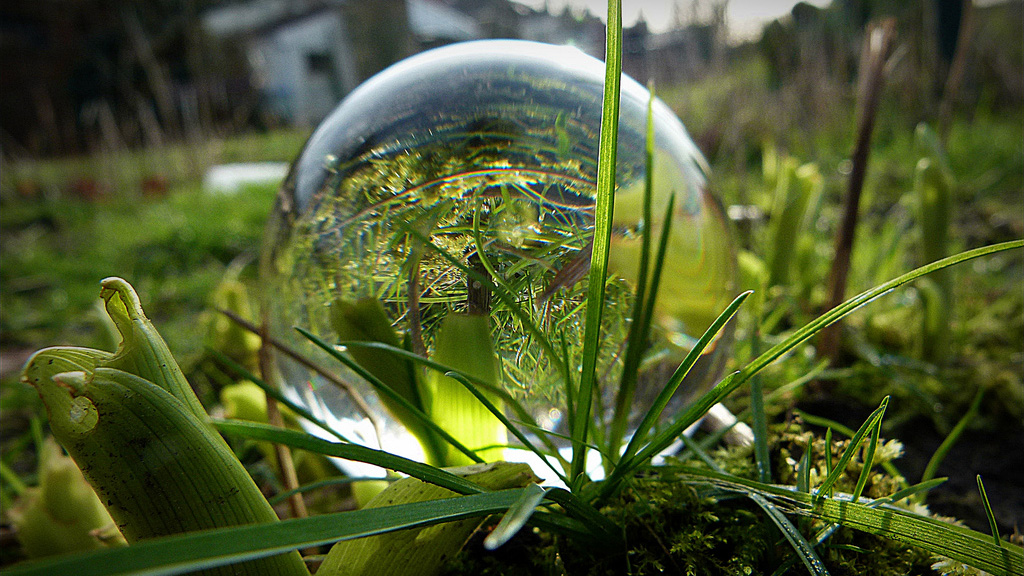 Whole new crystal ball game: What does 2014 hold for rabble-rousers?

Predicting the future is a tricky business. In 1873, the Decatur Republican predicted that we would all be frozen to death by the year 2011. In 1906, the New Zealand Star wrote that in 2006, “people will be so avid of every moment of life, life will be so full of busy delight, that … we shall be impatient of the minor tasks of every day. The bath of the next century will lave the body speedily with oxgenated water, delivered with a force that will render rubbing unnecessary.” I grew up around  people who were convinced that the world would end in the year 2000. Some of them have never fully recovered from that tremendous disappointment.

What does the future hold for the climate change movement in 2014? These are my guesses, and I’m curious what yours are. If you have a better (or just different) one, add it in the comments.

Certain figures on the right have expressed the suspicion that the climate change movement is a Trojan horse that contains within it the sort of left-wing ideals that haven’t been cool and cutting edge since Joseph McCarthy and the House Un-American Activities Committee destroyed the careers of anyone with sentimental thoughts towards socialism and communism.

Their counterparts on the left maintain that this is a crazy idea. Climate change strategy and ideology is couched in very capitalist notions like: it’s bad business to invest in companies that continue exploring for oil and gas when they already have more than they’ll be able to use, and it’s bad business to keep subsidizing development in areas that are going to get hammered by climate change.

Yet some continue to suspect that all this moneytalk is actually a beard for some good ol’ fashioned socialism. The two most significant youth movements of the last few years have been the climate change movement and Occupy Wall Street. It isn’t surprising that both groups would be talking with each other. Strike Debt, one of the most effective organizations to rise out of the ashes of Occupy, is publishing its new edition of The Debt Resistors’ Operations Manual this year. The manual will include a chapter on climate change this time around.

The lightning rod for this whole debate is likely to be the new book from Naomi Klein, which is expected to be released this year along with a documentary made by Klein and her husband Avi Lewis. Klein is the author of No Logo and The Shock Doctrine — two books that have some harsh things to say about corporations and their current role in world government. Today, she also sits on the board of 350.org. The experience seems to have left her with similar criticisms of the mainstream environmental movement.

This fall, Klein told Earth Island Journal that when major environmental organizations threw their money and resources in the direction of goals like the Kyoto Protocol and emissions trading, they just created entities that were nominally environmental in nature, but were easily manipulated by the political forces involved in their creation into becoming a windfall for corporations. In the end, they were so easily corrupted that they just gave the right wing more ammunition against environmentalists. “The Big Green groups are becoming deeply irrelevant,” she said. “Some get a lot of money from corporations and rich donors and foundations, but their whole model is in crisis.”

What would be the alternative? In a long article for The Nation in 2011, she wrote:

Climate change is a message, one that is telling us that many of our culture’s most cherished ideas are no longer viable. These are profoundly challenging revelations for all of us raised on Enlightenment ideals of progress, unaccustomed to having our ambitions confined by natural boundaries.

Later, in an interview with Solutions Journal, Klein added:

The market is not going to step up to this challenge. We must do more: rebuild levees and bridges and the public sphere, because we saw in Katrina what happens when weak infrastructure clashes with heavy weather — it’s catastrophe. These climate deniers aren’t crazy — their worldview is under threat. If you take climate change seriously, you do have to throw out the free-market playbook.

So: Get ready for some “green is really red” baiting in 2014. Get ready for some talks about whether the climate change fight is too commie, or not commie enough. I know, I know: It’s an old fight, and a huge waste of time to argue about because “communism,” “socialism,” and “capitalism” mean so many things to so many people. It would be nice to have a moratorium on those words, period, but that’s also a bit fascist of me.

Are you ready for the 2014 Senate elections? No, you are not.

Republicans are hoping to win six seats and get control of the Senate so that they can make sure that nothing happens with climate change legislation, ever. The New York Times has a very nice graph illustrating what will likely be the liveliest races. To put it mildly: Iowa and Minnesota will be crazy, with Iowa in particular set to make gladiatorial Rome look like a pancake breakfast.

The mostly student-led group Fossil Free released a letter right before the beginning of winter break promising to get even more all up in administrative faces in 2014. This is to be expected, but the interesting thing (which I wrote about a few days ago) is how the ideas around divestment are seeping into Wall Street in the form of risk management scenarios.

Depending on who you talked to, Keystone was either a very special pipeline or just a symbol that a lot of people chained themselves to. Keystone is nearly complete and probably bound for approval, but who knows for sure? Meanwhile, Obama already signed off on Kinder Morgan’s proposed 1,900-mile Cochin pipeline, which will transport natural gas produced from hydraulic fracturing in Texas up through Illinois and into Alberta.

“Whether Keystone is approved or not, the market has forced people to look at other options,” Katherine Spector, head of commodities strategy at CIBC World Markets, told the International Business Times. There was just too much money to be made, she added. “If you have that big of a price spread, people are going to get creative.”

In sum: Expect the protest movement that coalesced around Keystone like a bunch of teenyboppers going after the Beatles to continue to grow up and broaden their allegiances to blocking and otherwise messing with the operations of a veritable British Invasion of pipelines, barges, shipping terminals, railways, and refineries that you’ve never even heard of. Among them: Antero Resources’ pipeline to pull water from the Ohio River (The Kinks); the proposed coal terminals in Longview, Bellingham, and Boardman (the Rolling Stones, quite literally) ; and just about everything to do with Enbridge (totally The Who). Enbridge’s line reversal in particular: It’s kind of the “Tommy” of pipeline reversals.