Environmentalists to Biden: Say no to fossil fuel advisers 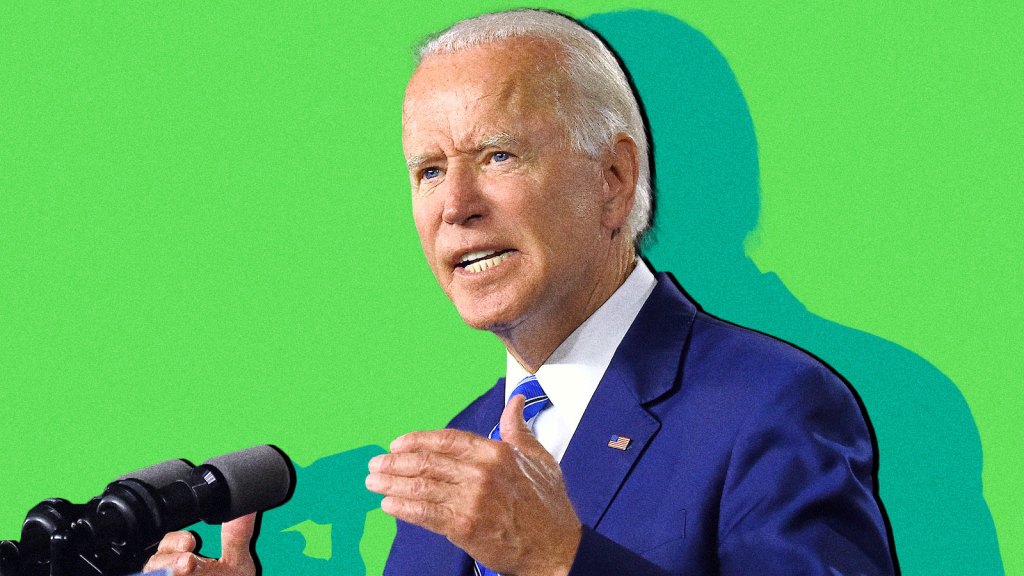 Environmentalists to Biden: Say no to fossil fuel advisers

Earlier this summer, Democratic presidential nominee Joe Biden unveiled a climate plan that calls for spending $2 trillion during just his first term to boost clean energy, electric vehicles, energy-efficient buildings, and other green efforts. Most notably, perhaps, the plan aims to eliminate carbon emissions from the electricity sector by 2035.

Some environmental groups, however, are worried that the campaign’s ambitious goals could be undermined by influence from the fossil fuel industry — and now they’re calling on Biden to commit to an administration completely free of industry representation. In a public letter released Tuesday, more than 140 environmental organizations asked that Biden “ban all fossil fuel executives, lobbyists, and representatives from any advisory or official position” in his “campaign, transition team, cabinet, and administration.”

According to Charlie Jiang, a climate campaigner for Greenpeace USA, the letter was conceived after prominent climate organizations encountered reports that Biden was being advised by people with ties to the fossil fuel industry — and, in particular, to natural gas companies.

“As early as last June, when he launched his campaign,” Jiang said, “[Fossil fuel representatives] were weighing in on his climate platform.”

The Biden campaign did not respond to Grist’s request for comment in time for publication.

While the letter neither names specific advisers nor accuses the campaign of not currently living up to its call, certain informal Biden advisers have elicited controversy in the past. In mid-2019, Reuters reported that former President Obama’s climate policy chief Heather Zichal was “part of a team advising Biden on climate change.” This might not have inspired controversy, except for the fact that, after leaving the Obama administration, Zichal took a compensated position on the board of Cheniere Energy, a major natural gas company. Another informal Biden campaign adviser, former Secretary of Energy Ernest Moniz, sits on the board of Southern Company, a fossil fuel-dependent utility.

Jiang was one of the organizers who helped draft the letter to the former vice president. He argued that oil and gas companies responsible for the climate crisis should not be rewarded with political influence in a Biden administration.

“We shouldn’t even be entertaining the idea that the same fossil fuel executives, lobbyists, and representatives who have contributed to the climate emergency would then be tasked with trying to fix it,” he said.

Jiang also said that the dozens of signatures on the letter provide a sample of progressive climate organizations who would be better suited to advise the Biden administration on climate action and climate justice for vulnerable communities.

“There are thousands of individuals who are deep experts in climate action and clean energy…. I’m sure they’ll absolutely be happy to answer the call to public service in the Biden administration,” he said. “Take that a step further and reassure voters — reassure our movements — that the personnel who are actually staffing the administration will be the right people to execute on these promises.”