EPA's new pesticide rules: Will they make a difference? 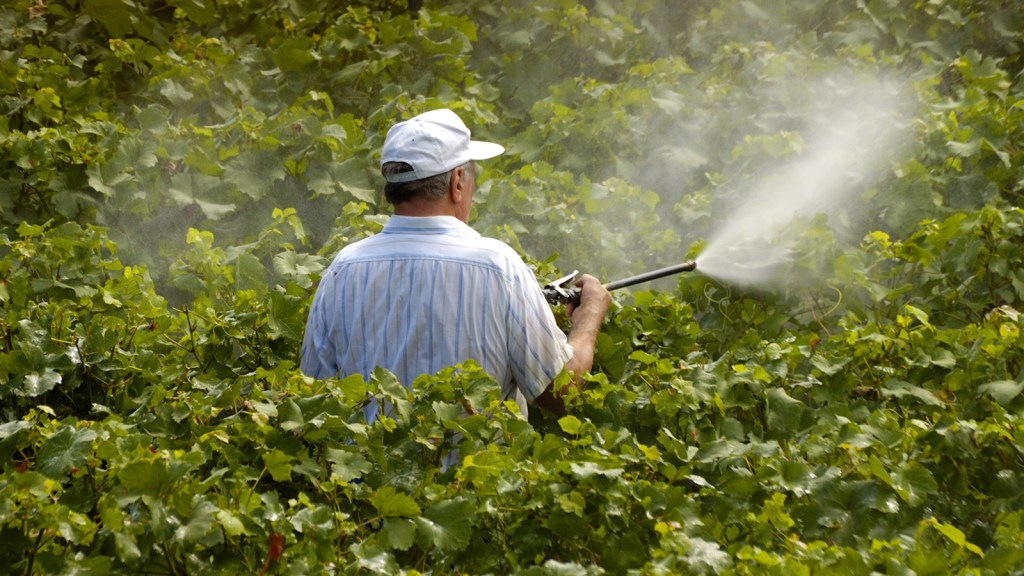 EPA’s new pesticide rules: Will they make a difference?

A few days ago, the EPA proposed new rules to protect farmworkers from  pesticides. It’s about time. The standards were last updated in 1992, and there’s been a lot of research on the effects of pesticides on human health in the 22 years since.

Among the proposed changes: Workers would need to be at least 16 years old in order to handle pesticides, except in some situations involving small family farms. Farms would be obligated to hold mandatory safety trainings every year, instead of every five years, to cover things like how to handle pesticides, how to clean gear and clothing and yourself after handling them, how to know when it’s safe to return to a field that has been treated, and what legal protections are available to farmworkers.

In an ideal world, no workers would ever be exposed to pesticides at all (and no eaters either), but the ideal world is not where we live. While everything we use to kill insects has some level of toxicity to humans, it’s also not fun to stand in a field and watch rootworms eat all your corn. The new rules would be an improvement.

The question, then, is would they be effective and enforceable? I asked Thomas Arcury at Wake Forest School of Medicine, who has spent almost two decades studying the health of farmworkers in North Carolina. His short answer: no.

“Education is wonderful,” Arcury said, cheerfully. “We’re all in favor of education. And 16-year-olds shouldn’t be applying pesticide. But you can’t put all the onus on the workers. We’ll have trainings every year — fine. They’ll put everyone in a room and turn on a TV with a DVD in it — even if it’s my DVD, it’s not enough.”

Arcury said the most depressing part of his work is encountering farmworkers who know what should be going on and are doing their best to follow the decontamination procedures that they learn about during trainings, but then are stymied by things like lack of sinks to wash their hands in; lack of washing machines; or even a lack of knowledge about what’s been applied in the fields they’re working in, and how recently. Arcury knew one group of farmworkers who pooled together funds to buy a washing machine for their living quarters, only to have their employer confiscate it because it increased water and electric bills.

New safety measures will need to be tested to see if they’re working, and the technology of measuring pesticide exposure has made huge leaps since 1992. Although testing is not part of the proposed rules, both the EPA and the CDC have labs that are  capable of running the kind of tests that could measure whether a new policy is altering the levels of pesticides in the people that are working around them and their families.

Not that testing is a magic bullet, says Arcury. Washington state has a testing policy for effects of organophosphate pesticides that is well-meant, but it’s being circumvented by growers. It’s a two-part test, and some of the less scrupulous farm operators make sure their workers don’t apply pesticides for more than 29 days at a time, so they aren’t present for the second part.  Arcury is also worried that the proposed standards aren’t keeping up with the newest research — the most recent paper referenced in the EPA’s proposal is from 2011.

Collecting more information, in general, rather than just focusing on worker education, is one way to build a library of information that would help block those workarounds. Arcury, like many public health researchers, would love to see the EPA implement a database like the one maintained in California, where farmers are required to submit records of what they’re applying to their fields, and that information is put into a GIS database. “There is no cheap and easy way to do this,” said Arcury. “But we don’t have to test everyone. We just have to try to base things on data.”

Interested parties are free to comment on the proposed standards, but the instructions are awfully off-putting. To wit: “Identify the document you’re discussing (ex. NPRM or Economic Analysis) by the docket number (EPA-HQ-OPP-2011-0184-0002) and other identifying information like the subject heading (ex. Handler Restrictions), Federal Register date (February XX, 2014) and page number.”

At least this part is spelled out clearly: “Explain your views as clearly as possible, avoiding the use of profanity or personal threats.”

Which does make one wonder if the EPA has some pre-conceived ideas of the kind of feedback it’s going to get.