House Republicans are determined to undo regulations -- and block new ones 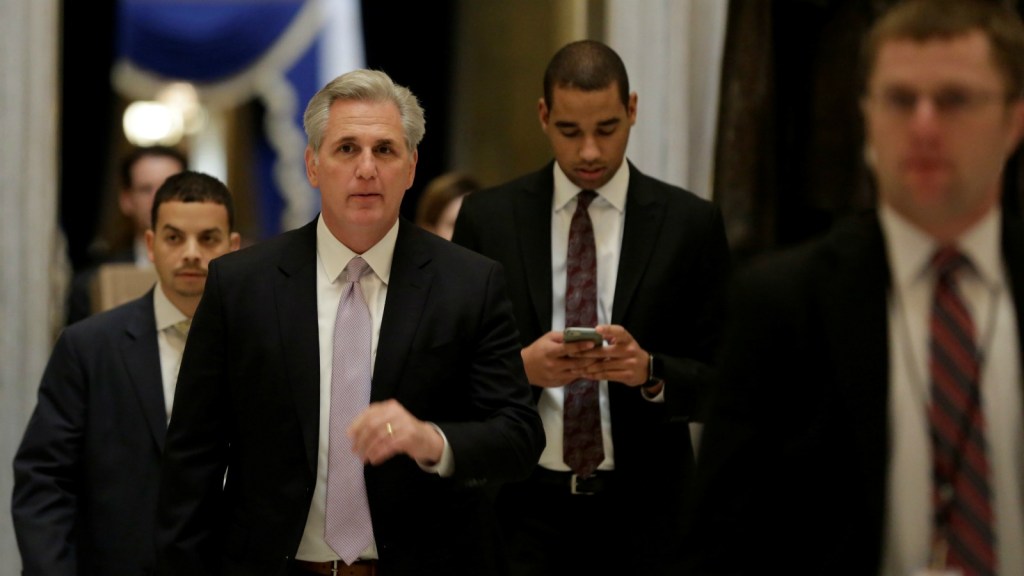 House Republicans are determined to undo regulations — and block new ones

In 1995, the U.S. Supreme Court upheld the Interior Department’s argument that the Endangered Species Act protects rare species’ habitat, not just the animals themselves. The court’s decision in Sweet Home vs. Babbitt was key to preserving broad stretches of old-growth forest for the northern spotted owl, an action that contributed to the collapse of the Northwest timber industry. The justices relied in large part on the principle that courts defer to federal agencies as long as their regulations reasonably interpret laws. They cited Chevron, a 1984 Clean Air Act case that for three decades has made it easier for agencies to win when regulations are challenged.

So it’s not surprising that House Republicans are determined to undo Chevron — part of their ambitious legislative blitz to change the way government works. In the first weeks of the new legislative session, they easily passed three bills that would make it easier to repeal President Barack Obama’s recent regulations, including one aimed at curbing greenhouse gases, and give the courts and Congress more authority to block new ones.

This is far from tinkering around the edges: The bills already passed by the House envision huge changes to the 1946 Administrative Procedures Act, the basic rulebook for how federal agencies implement laws. Agencies have broad authority to propose and establish regulations without congressional approval, but under one of the current bills, the Regulations from the Executive in Need of Scrutiny (REINS) Act, new regulations could not go into effect without that approval. Under the Regulatory Accountability Act, which also would undo Chevron, all court challenges would have to be exhausted before new regulations went into effect. The Midnight Rules Relief Act would make it easier for Congress to overturn Obama’s regulations. Currently, under the rarely used Congressional Review Act, Congress has 60 legislative days to reject a rule but must debate each one for up to 10 hours, limiting the number that lawmakers have time to invalidate. The Midnight Rules Relief Act would let Congress lump multiple rules together and eliminate them en masse. “These proposals would in major ways upend that long-standing consensus and make it very hard for agencies to solve problems and protect Americans,” says William Buzbee, professor at Georgetown University Law Center.

Revamping government is exactly what House Republicans hope to do, House Majority Leader Kevin McCarthy (R-Calif.) told Washington’s conservative Hoover Institution in mid-January. “I’m a firm believer that structure dictates behavior,” he says. “You have to get the structure right. Otherwise, you’ll get the same behavior and outcome as it goes forward.”

Going after Chevron, he says, is “key” to reestablishing three coequal branches of government and lifting the burden rules put on the economy. And requiring Congress to approve any major regulation, as the REINS Act does, would give the people a “voice,” he adds, because their elected representatives, not “bureaucrats,” would get the final say.

Starting at the end of January, the House plans to begin undoing Obama administration regulations, including Bureau of Land Management rules to better protect streams from surface coal mining and reduce methane leaks from oil and gas fields on public land, McCarthy says. Under the Congressional Review Act, only 51 votes in the Senate are needed to do so.

It’s not the first time Republicans have tried to limit agencies’ ability to regulate. In the mid-1990s, the House passed a less ambitious deregulation package that stalled in the Senate. Public concern over a fatal E. coli outbreak from tainted hamburger helped then-President Bill Clinton and environmental and other interest groups dissuade most pro-industry Democrats from embracing regulatory reform.

Many analysts predict that most of today’s bills also will die in the Senate, since 60 votes are required to overcome a filibuster, and there are only 52 Republican senators. “The math just doesn’t work,” says Kevin Book, director of ClearView Energy Partners, a D.C.-based research firm.

But Patrick McLaughlin, who directs research on regulations at the conservative Mercatus Center at George Mason University, says the unexpected victory of President-elect Donald Trump reflects voters’ frustration with their local economies. That may pressure some Democrats to reconsider regulatory reform, McLaughlin says: “We shouldn’t expect the same results this time.”

If regulatory reform measures make it through Congress, some analysts predict that President Trump would veto them, because they could hamper his efforts to replace Obama’s regulations with his own.

Either way, Rep. Raúl Grijalva (D-Ariz.), top Democrat in the House Resources Committee, says Democrats can resist the larger GOP assault on regulations that protect people and the environment if they stand together. “I’m all set for this fight. I went through my seven steps of grieving. I blamed everybody. Then came to the decision … you can’t just wallow. You have to fight back,” Grijalva told High Country News.