Joe Biden has a podcast, and there's an episode on climate change 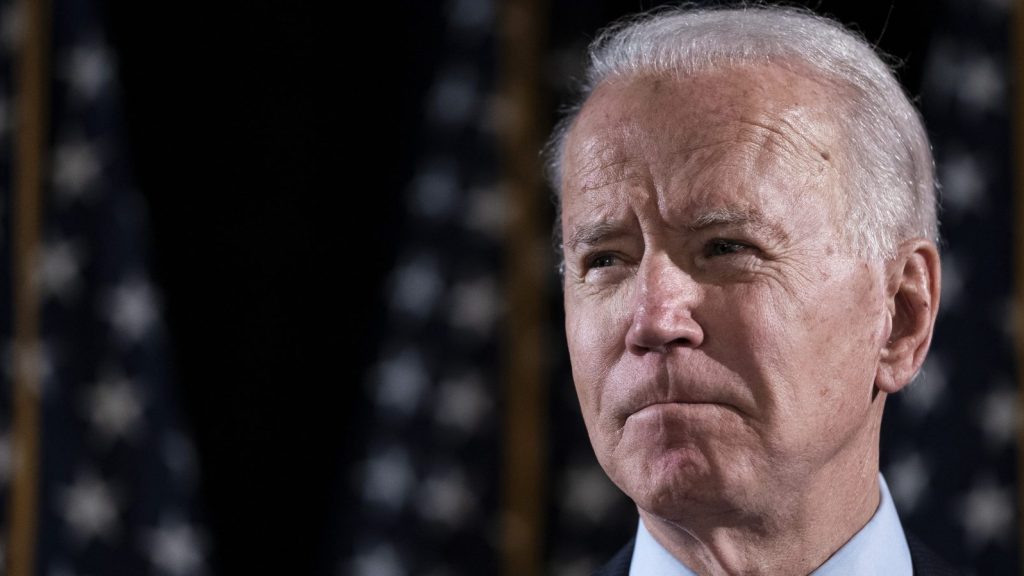 Joe Biden has a podcast, and there’s an episode on climate change

The public rarely gets access to the real Joe Biden. His team keeps the gaffe-prone 77-year-old on a tight leash on the campaign trail. That strategy has paid off handsomely; the former vice president is now the presumptive Democratic nominee for president. But there is a way to get access to the inner workings of Uncle Joe’s brain, and it doesn’t require sneaking past the Secret Service.

Biden has taken a tip from the entire male population of Williamsburg, Brooklyn, and started his own podcast. It’s called Here’s the Deal — possibly the most on-brand title of a podcast in the history of the genre.

So far, the former vice president has recorded six episodes with folks like Senator Amy Klubochar (Biden’s former primary rival) and Gretchen Whitmer, the governor of Michigan. But the latest episode of Here’s the Deal, released on Earth Day, is worth listening to in particular because it sheds light on how Biden is thinking about climate change, an issue that he’s been previously accused of underestimating by both climate activists and scientists. In this week’s episode, Biden remotely interviews Washington governor and former climate candidate Jay Inslee from the confines of his basement in Delaware.

The 20-minute conversation touches on a number of issues that are front-of-mind for many Democratic voters right now: the potential of wind and solar energy to outpace fossil fuels, the nation’s progress on electric vehicles and other green technologies, and the notion that progress on climate and economic growth actually go hand in hand. They also talk about the connection between the coronavirus pandemic and the looming climate crisis. About halfway through the conversation, Biden asks Inslee whether he thinks there’s an opportunity for the U.S. to implement a climate plan as the country gets back on its feet. The question indicates that Biden is thinking along the same lines as a number of green groups that have released proposals for how the U.S. could implement a green stimulus in the coming months (including a team of former Inslee staffers).

Biden’s posture toward Inslee throughout the conversation is almost deferential. Biden makes a point of saying that he has reached out to Inslee for his input in the past and aims to continue doing so. “I hope I can keep bothering you on the telephone,” he said to Inslee, who graciously agrees.

That attitude is in keeping with other overtures Biden has recently made to the progressive climate movement. Earlier this week, Biden scored his first environmental endorsement from the League of Conservation voters, an environmental group that funds climate-friendly Democrats. In response, Biden said expanding his $1.7 trillion climate change plan “will be one of my key objectives” in the coming months and that he knows the issue “resonates” with young voters. That openness to beefing up his climate platform may have played a role in the endorsements that followed: first from a group of more than 50 scientists and climate experts, then from longtime climate hawk Al Gore and Inslee himself.

Inslee plugs his endorsement again on the podcast. “I can’t wait to have an optimist back in the White House,” he tells Biden. The whole thing sounds like a voicemail two of your grandparents left you — wholesome, if a bit rambly. Except in this case one of the grandparents is gearing up for what may be the most consequential election of our lifetimes. “Wash your hands,” Inslee, sounding concerned, tells Biden toward the end of the episode. “I did!” Biden assures him.