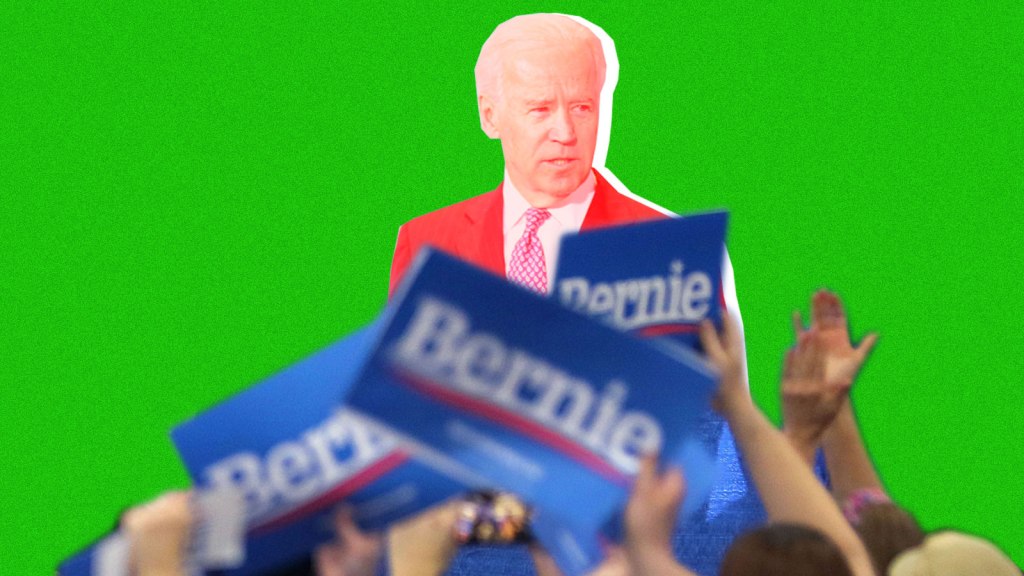 If Joe Biden had released his $1.7 trillion climate plan in a vacuum last year, the proposal would have been hailed as the most ambitious climate platform introduced by a presidential candidate in United States history. The 22-page plan aims to zero out emissions by 2050, protect disadvantaged communities from pollution, and create 10 million new jobs to boot.

Unfortunately for the former vice president, his proposal paled in comparison to plans from a number of his primary challengers that were three, five, and even 10 times as expensive. Bernie Sanders, for example, put out a $16 trillion climate plan called the Green New Deal that had the elderly pied piper of the progressive left collecting endorsements from climate groups like a Vermonter picking blueberries in July.

Whether progressives like it or not, Biden is the presumptive Democratic nominee for president. And on Monday, he snagged his first environmental endorsement from the League of Conservation Voters (LCV), a powerful environmental group that helps elect climate hawks to office and scores members of the House and Senate based on how they vote on environment and climate bills.

“We are confident that as president, Biden will immediately put our country on track for a 100 percent clean energy economy with policies centered in justice and equity that restore America’s global climate leadership,” Tiernan Sittenfeld, senior vice president of government affairs for LCV Action Fund, the political arm of the group, said in a statement.

Given that the choice in the general election comes down to Donald Trump, who has left no stone unturned in his effort to roll back environmental protections, and Biden, who has an 83 percent lifetime score for his environmental voting record from LCV, it’s not surprising that the group decided to endorse the former senator from Delaware.

What is surprising, and what might be welcome news to voters for whom climate change is a top priority, is that Biden plans to expand his climate platform. In his own statement in response to the LCV’s announcement, the former vice president said he was “honored” to receive the endorsement and indicated that there’s more to come. “In the months ahead, expanding this plan will be one of my key objectives,” he said, adding that he knows the issue “resonates” with young voters.

Biden’s statement said he aims to “campaign on climate change and win on climate change,” which isn’t a bad plan if he’s looking to convince a wider swath of Democratic voters — and maybe even pick up a Republican or two. In poll after poll after poll, climate change and health care are the top two issues for Democrats this election cycle. And the issue is no longer relegated to one side of the political aisle. Polls also show that young Republicans may care as much about the warming planet as their blue counterparts.

By his own admission, Biden has a lot of work to do to earn the progressive movement’s vote. Many local chapters of the Sunrise Movement, a youth-led climate group that backed Bernie Sanders in the primary and has emerged as a powerful force in the activist landscape, have said they aren’t endorsing Biden. But that could change if the candidate steps up his climate game.

“We’ve tried to be super clear about the way that we need them to improve on not only their climate policy but their immigration, criminal justice, and financial regulation policies,” Varshini Prakash, Sunrise co-founder and executive director, told Vice News, referring to the Biden campaign. “We’ll see if that conversation translates into policy changes.” In an interview on the New York Times’ The Daily podcast, Representative Alexandria Ocasio-Cortez, the Democrat from New York who is one of the architects of the Green New Deal, expressed a similar sentiment and said she was waiting to fully endorse him.

Will Biden be able to win over diehard Sanders supporters? Probably not. Biden’s campaign is premised on returning to a time of relative normalcy, not turning the economic system on its head. But if he does scale up his climate plan, he might be able to rack up a few more endorsements from environmental heavyweights.

Update: On Tuesday, a group of more than 50 scientists and climate experts wrote an open letter endorsing Biden for president. “We are confident that, unlike President Trump, Joe Biden will respect, collaborate with, and listen to leaders in the scientific community and public health experts to confront the existential climate crisis and other environmental threats,” the letter said. Prominent climate scientists Michael Mann and Jane Lubchenco (formerly head of the National Oceanic and Atmospheric Administration under President Obama) are among the letter’s signatories.