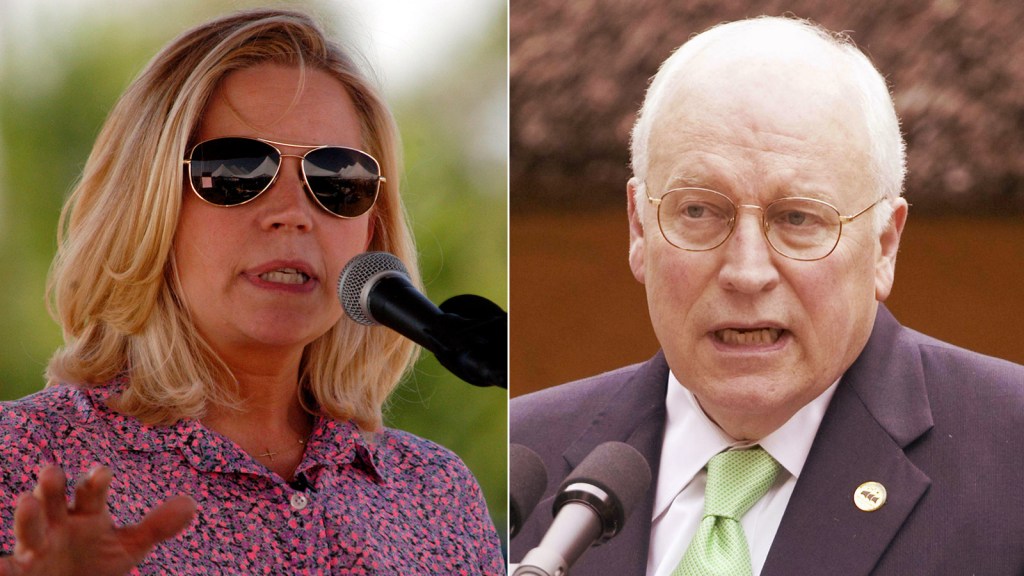 Darth Vader and his Sith apprentice — a.k.a. Dick Cheney and his daughter Liz — are totally in synch about climate change. Here’s how they responded to a question on the topic during a conversation with Politico’s Mike Allen on Monday:

Mike Allen: Here’s a question from Felix Dodds. What should the Republican Party do about climate change?

Liz Cheney: Nothing. [Scornful guffaw.] I mean … [Shrug.] Look, I think that what’s happening now with respect to this president and this EPA and using something like climate change as an excuse to kill the coal industry nationwide — and that’s exactly what they’re doing. They’ve been open about it. They even admit that the emissions from coal aren’t actually causing any kind of a heating of the planet. But this is an opportunity to go in, and they’re killing coal. You know, Wyoming is the leading coal-producing state in the nation. But you don’t have to be from Wyoming to understand that your electricity is gonna be directly affected by that. It is bad policy. It’s bad science. We’re seeing increasingly that it’s bad science.

And a much greater threat to us, frankly, is this massive expansion and growth of the bureaucratic state here in Washington — the EPA, the use of things like the Clean Air Act and the Clean Water Act to go directly at people’s private property rights in a way that clearly, frankly, is unconstitutional and is a real threat to our freedom.

That Liz is following in her father’s jackbooted footsteps should come as no surprise. She demonstrated her denier cred during a failed bid for the U.S. Senate last year. She told Fox News’ Sean Hannity that “the science is just simply bogus, you know, we know that temperatures have been stable for the last 15 years.” She tweeted that Obama’s climate policy is “using phony science to kill real jobs. This is a war on coal, a war on jobs, a war on American families.” And she tweeted a photo of a snowy scene as though it were a clever rejoinder to the whole body of climate science:

Good morning from Wilson, Wyoming. Global warming? Not so much. pic.twitter.com/PMckkJfysE