The Democrats got wrecked on Tuesday, and now Republicans are taking over the Senate. Some of the new Republican senators are outright climate deniers. Those who admit that climate change is happening often hide from the issue with nonsensical yammering about how global warming might be due to natural causes. Regardless of their views on the science, they are unanimous in their opposition to actually doing anything about it, and in their enthusiasm for exploiting America’s land and water for the benefit of the fossil fuel industries.

Below is a guide to the new Republican senators and their views on climate change, energy, and the environment. Note that we included Rep. Bill Cassidy, who is headed for a runoff against Louisiana Sen. Mary Landrieu that he is likely to win, and Dan Sullivan of Alaska, who is ahead of Sen. Mark Begich in the vote count thus far, although at press time Begich has yet to concede.

For those who have served in Congress, we’ve provided their lifetime environmental voting scorecard from the League of Conservation Voters (LCV). The score represents the percentage of time that they have taken the pro-environment vote on a bill. According to their grades, they’re a bunch of F students on the environment. 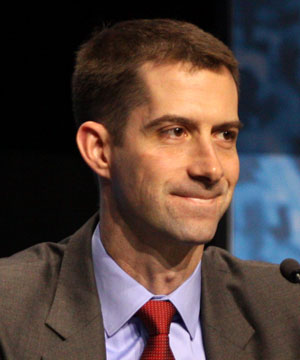 Currently serving in the House of Representatives, Cotton opposes EPA regulation of CO2, and supports the usual list of fossil fuel projects like the Keystone XL tar-sands pipeline. Yet you could call him a moderate by the standards of this group, because he sort of accepts climate science. Sort of. Here he is in a talk at the Clinton Library, wrapping an admission of anthropogenic global warming in a bogus right-wing talking point: “The simple fact is that for the last 16 years, the Earth’s temperature has not warmed. That’s the facts … Now, there’s no doubt that the temperature has risen over the past 150,200 years. It’s most likely that human activity has contributed to some of that … Why would we change the way we live our life on a fundamental, civilizational level based on computer models?” Of course, the actual fact is that there has been warming over the last 16 years, and this year is on pace to be the hottest in recorded history. And there are plenty of good reasons to change the way we live even if you don’t trust climate models, such as the fact that fossil fuels will eventually run out anyway, and extracting and burning them creates local air and water pollution. 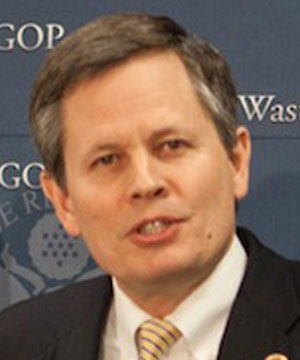 Rep. Daines, talking to NPR’s Sally Mauk in 2012, offered some peculiar ideas about climate science: “I think the jury’s still out in my opinion, Sally, on that. I’ve seen some very good data that says there are other contributing factors there, certainly looking at the effect the sun has, and it’s the solar cycles versus CO2 and greenhouse gases.” Ah yes, “the solar cycles,” that’s just what the IPCC report blames for global warming too, right? No. As you would expect of someone who tries to concoct silly alternative explanations for the warming and extreme weather that is plainly occurring, Daines has voted the wrong way on every climate bill. That aside, you might expect someone from the Rocky Mountain west to at least oppose letting coal mining companies dump toxic waste in mountain streams when conducting mountaintop-removal mining. You’d be wrong. Daines has voted in favor of that. He also voted for an anti-environment farm bill that would endanger Montana’s forests and wildlife. 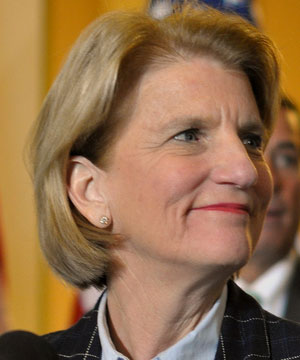 Rep. Capito loves coal. One of her regular talking points on the campaign trail and in her ads this year was that President Obama has proposed a rule that would ban all new coal-burning plants and even burning coal in existing plants. Politifact rated the former claim “mostly false” and the latter claim just plain “false.” When asked in an October debate if she agrees with climate scientists that human activity is causing climate change, Capito said, “I don’t necessarily think the climate’s changing, no.” When questioned by reporters after the debate, she modified her position, with the brilliance and eloquence we’ve come to expect from Republicans discussing climate science: “Is the climate changing? Yes it’s changing, it changes all the time. We heard it raining out there. I’m sure humans are contributing to it.” Whatever she thinks we’re doing to contribute to climate change (rain dances?), Capito doesn’t believe we should do anything to stop it. She has voted repeatedly against calculating the social cost of carbon, funding for renewable energy, and allowing the federal government to regulate methane emissions from fracking. 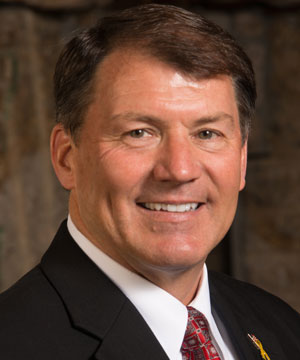 Former Gov. Rounds accepts the scientific consensus that human activity contributes to climate change, although he downplays it with gibberish. “There are a number of different causes that we recognize, and the scientists recognize, are the cause of global warming,” said Rounds in 2006. It’s unclear what these mysterious “other causes” are. Although Rounds isn’t totally anti-science, he is ardently anti-environment. He has called for eliminating the EPA, and as governor, he vetoed tax credits for wind energy facilities. He describes the EPA’s proposed rules on CO2 emissions from power plants as a “carbon tax,” which is completely inaccurate. You can guess, though, where he would stand on an actual carbon tax. 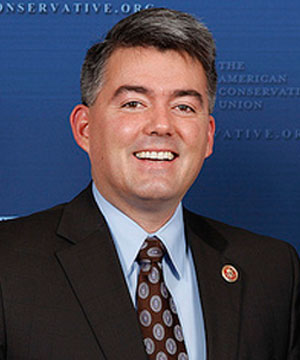 Rep. Gardner did a good job pretending to be a moderate on energy in his successful Senate election, cutting an ad touting his fondness for wind power. But his actual positions show that he is no friend of the environment. He did vote for tax credits for clean energy in 2012, but he turned around and voted against them in 2013. The rest of his record follows the standard Republican playbook. He voted to direct federal land managers to prioritize oil drilling over hunting, fishing, and hiking. He opposes EPA regulation of greenhouse gases, and wants to remove EPA authority to set more rigorous standards for regulating coal ash. Asked in a Senate campaign debate to answer yes or no as to whether “humans are contributing significantly to climate change,” he refused. “I don’t think you can say yes or no.” Later he added that he thinks the climate is changing, but human activity is less responsible than the news media would have you think. 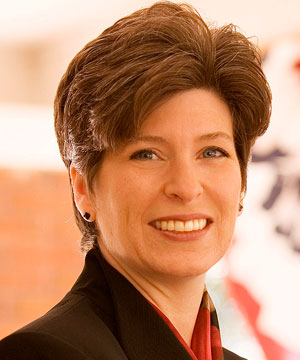 Ernst is insane on environmental issues, even by the standards of the Republican Party. She subscribes to the discredited far-right conspiracy theory that “Agenda 21,” a non-binding U.N. resolution encouraging conservation of natural resources, is a scheme to take control of American towns and turn them into high-rise hellholes. As for federal environmental protection, she’s against that too, saying, “Let’s shut down the EPA. The state knows best how to protect resources.” When asked about climate change she takes the standard, cowardly Republican “I”m not a scientist” dodge: “I don’t know the science behind climate change. I can’t say one way or another what is the direct impact, whether it’s man-made or not … I do believe in protecting our environment, but without the job-killing regulations that are coming out of the [EPA].” For Ernst, this qualifies as moderation. 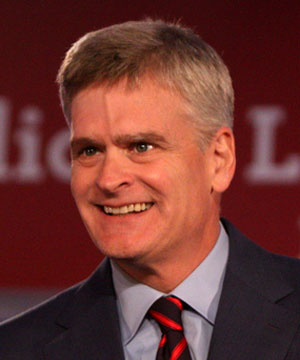 Like Cotton, Rep. Cassidy deploys bogus climate science-denying talking points. In an October debate, he claimed that “global temperatures have not risen in 15 years.” Even the conservative Washington Examiner was moved to flatly observe, “That’s not true. Data show that the rate of warming has slowed during that period but temperatures are still rising year-over-year.” In 2013, Cassidy voted to expand logging on public lands, to defund the federal government’s policy of not buying unconventional fossil fuels, and to expand offshore drilling. That last one is especially ironic, since Cassidy will likely represent the state most devastated by the Deepwater Horizon oil rig explosion. 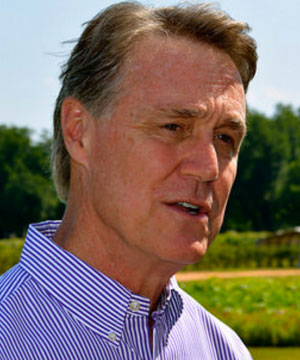 Perdue, a former corporate executive, is so retrograde on energy policy that he is to the right of a utility company, Alliant Energy Corporation, whose board he used to sit on. Alliant supported cap-and-trade while Perdue was on the board, but now he is having none of it. Perdue’s campaign was so extreme in its anti-environmentalism that it attacked his opponent, Michelle Nunn, for being endorsed by the nonpartisan LCV, complaining in a statement that “[Nunn’s] jobs plan refuses to address how burdensome regulations on the coal industry will raise energy prices and destroy jobs. Her website says she wants to ‘act now’ on climate change … Nunn claims to support the Keystone Pipeline, but if she seriously supports moving forward with it, how did she secure the support from this far-left group?” It’s fairly obvious how Nunn got LCV’s endorsement despite supporting Keystone: The group thought Perdue would be much worse. 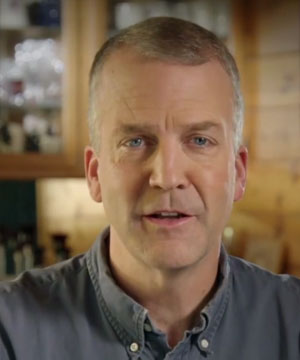 Dan Sullivan, served from 2010 to 2013 as commissioner of the Alaska Department of Natural Resources, an excellent vantage point from which to observe climate change. But while he accepted climate science when he worked in the Bush State Department back in 2008, he now tries to confuse the issue. He still admits that the climate is changing and that human activity is contributing, but earlier this year he made the following bizarre statement: “Despite what many climate change alarmists want us to believe, there is no general consensus on pinpointing the sole cause of global temperature trends.” Unless Sullivan thinks 97 percent unanimity among scientists isn’t a general consensus, that’s a falsehood. Presumably, his argument hinges on the word “sole,” contending that there may be natural causes as well. But he is obviously raising this red herring to confuse voters, not to be scientifically precise. Sullivan opposes government regulation of greenhouse gases and in Alaska, he has prioritized exploiting natural resources over concerns for the environment or indigenous people. 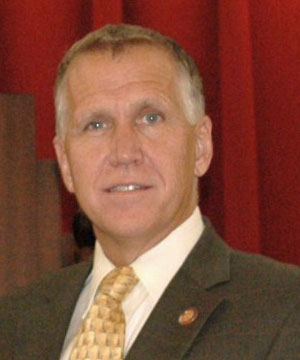 As speaker of the North Carolina state legislature, Tillis promoted a far-right agenda, including on environment and energy issues. In a rare setback, he was unable to repeal the state’s renewable energy portfolio standard. He did find ways to undermine clean fuel promotion by cutting more than $2 million from North Carolina’s Biofuels Center, a nonprofit that closed as a result. Tillis also pushed through a bill that, instead of requiring full disclosure of fracking chemicals, allows companies to claim chemical combinations as trade secrets and disclose them only to the state geologist. Tillis opposes EPA climate regulations and cites discredited “research” from the right-wing Heritage Foundation to overstate the costs of such regs to North Carolina’s economy.