On climate change, Republicans are even more backward than oil companies - Grist 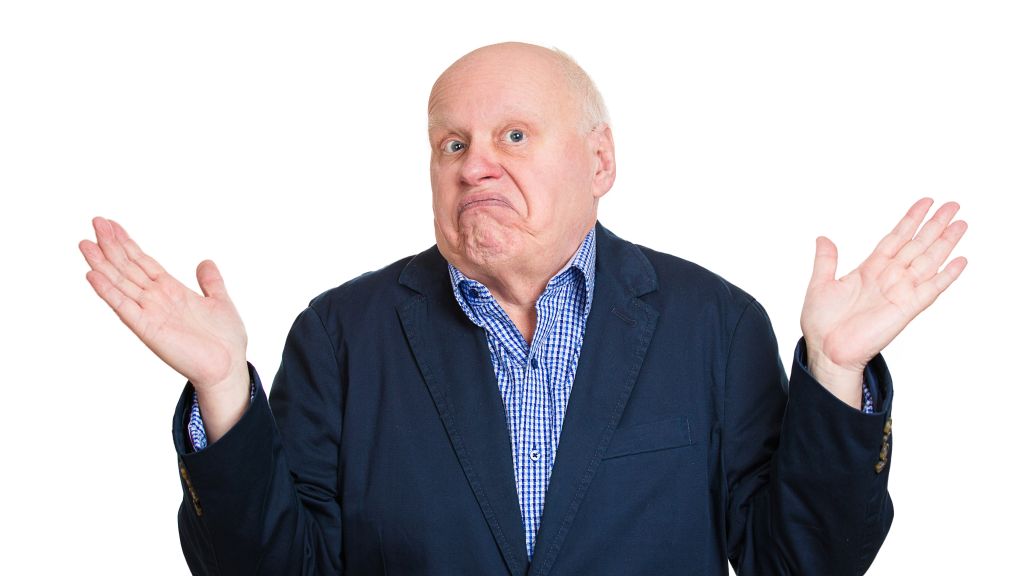 On climate change, Republicans are even more backward than oil companies

Ask your average liberal or environmentalist to name the primary impediment to action on climate change, and the response will probably be: “Easy. It’s the fossil fuel industry.”

It’s not that easy, however. The fossil fuel companies are actually more accepting of climate reality than virtually every Republican in Congress.

That’s the conclusion I came to after watching a presentation by Cho-Oon Khong, chief political analyst at the Shell Oil company at the Aspen Ideas Festival last month. Khong called a temperature increase of 2 degrees Celsius “the flu,” leading to heat waves, sea-level rise, and 10 to 20 percent less arable land. “But the worst effects are beyond that limit, when you start to see feedback loops,” he warned.

Accepting the 2 degree Celsius target is the same thing as accepting the recommendations of the global scientific community. Khong laid out possible world energy portfolios for keeping warming to 2 degrees. None would thrill environmentalists, as they rely to varying degrees on increases in nuclear energy, natural gas, and the deployment of carbon capture and sequestration (CCS). But he nonetheless acknowledged that we needed to change our ways.

“We have to talk about using any fossil fuel more efficiently, and CCS,” he said. Afterwards, he told Grist, “I think it would be foolish to dispute the science [of climate change].”

Shell was a sponsor of Aspen Ideas, and Khong’s speech — given in the Booz Allen Hamilton room of the Koch building — would be dismissed by any skeptical observer as corporate greenwashing. In 2009, Shell dropped its investments in solar, wind, and hydropower.

But Republicans don’t even bother with greenwashing. Not a single Republican member of Congress, with the exception of Rep. Michael Grimm who represents a swing district in New York City badly damaged by Hurricane Sandy, fully accepts the scientific consensus that global warming is happening and it is caused by greenhouse gas emissions.

Shell is hardly the only oil company that admits that emissions from the fuels it produces is causing the planet’s average temperature to rise. Just take a look at their websites.

ExxonMobil, the largest and most intransigent of the American oil giants, “believes that it is prudent to develop and implement strategies that address the risks to society associated with increasing GHG emissions.”

Exxon avoids discussing climate science directly, but it implicitly accepts it by acknowledging the “risks” of greenhouse gases and the desirability of reducing them. It tries to counter that with a lot of talk about the value of energy to economic growth and some fear-mongering about the costs of regulating carbon. Nonetheless, it says, “Industry and governments should pursue an integrated set of solutions that include developing new energy supplies, increasing efficiency, and advancing energy technologies.”

Chevron, the next-largest, claims to “recognize and share the concerns of governments and the public about climate change.” The very next sentence states: “The use of fossil fuels to meet the world’s energy needs is a contributor to an increase in greenhouse gases (GHGs) — mainly carbon dioxide (CO2 ) — in the Earth’s atmosphere.”

This would seem to be a straightforward admission of the role of GHGs in global warming, although a careful reading reveals that the company does not directly acknowledge that GHGs cause warmer global average temperatures. Like Exxon, Chevron talks a lot about the economic need for lots of energy from fossil fuels for the foreseeable future. Even so, the company’s site says, “We are also committed to improving our energy efficiency and researching how to deliver volumes of alternative fuels at scale in the future.”

BP is the most forthright of the major oil companies. Its climate change page opens with bracing honesty: “According to the Intergovernmental Panel on Climate Change (IPCC), warming of the climate system is unequivocal, and is in large part due to an increase in greenhouse gas (GHG) emissions from human activity.”

Critics contend that even BP, in rebranding itself “Beyond Petroleum,” is doing little more than greenwashing. Even so, these statements are all to the left of the GOP on climate and energy.

Take a look at the Republican Party’s 2012 platform. Climate change and global warming are not mentioned, and the only reference to greenhouse gases is the following statement opposing their regulation under the Clean Air Act: “We also call on Congress to take quick action to prohibit the EPA from moving forward with new greenhouse gas regulations that will harm the nation’s economy and threaten millions of jobs over the next quarter century.”

The document is filled with demands for more fossil fuel development without mention of any environmental impact. Here’s the statement of overarching principle: “Our common theme is to promote development of all forms of energy, enable consumer choice to keep energy costs low, and ensure that America remains competitive in the global marketplace. We will respect the States’ proven ability to regulate the use of hydraulic fracturing, continue development of oil and gas resources in places like the Bakken formation and Marcellus Shale, and review the environmental laws that often thwart new energy exploration and production.”

Every likely 2016 Republican presidential contender expresses uncertainty at best about climate science. And congressional Republicans have made it clear that reducing fossil fuel consumption through efficiency or expansion of renewables is of no interest to them. They recently killed a bill that would have helped the private sector with voluntary efficiency improvements because it did not include approval of the Keystone XL pipeline. They are also turning against the wind energy production tax credit, even as fossil fuels drain billions of dollars from the federal Treasury in tax subsidies.

It is probably no coincidence that Shell and BP, being European, are less backwards about climate science than their American counterparts. A similar disparity exists politically, with the major European conservative parties being more enlightened than Republicans. But even American oil companies are clearly to the left of Republicans on climate.

It turns out you actually can be more Catholic than the Pope.

It makes sense when you consider the changes in the GOP since 2008, when its presidential ticket supported cap-and-trade. First, the Tea Party wave has swept in a cohort of Republicans who are genuine believers in their anti-environmental platform. With ideology as their motivation, rather than mere economic self-interest, there is no limit to their hostility to addressing climate change. This is why ideologically extreme right-wing foundations have replaced Exxon as the leading funders of climate denial.

All the studies in the world showing that the cost of catastrophic climate change is higher than the cost of regulating greenhouse gases won’t change their mind, because they aren’t interested in cost-benefit analysis. They view regulations as immoral infringements on freedom. Claiming they will cost money is just a convenient argument.

You also see a difference between the constituencies that oil companies and Republican politicians must respond to. Republican candidates and officeholders must appease right wing Republican primary voters, grassroots activists, and donors. For those groups, refusing to accept climate science or even voluntary efforts to reduce energy consumption or carbon emissions is a matter of tribal identity politics. Prius owners are liberals, so Priuses are offensive to their eyes, and the underlying premise that spewing CO2 out of your tailpipe isn’t good for the Earth must also be false.

Oil companies actually have a broader constituency than Republicans do. Not everyone who buys stock in an oil company or fills up his gas tank votes Republican. To keep activist investors at bay, ward off efforts to divest university endowments from fossil fuels, and keep a friendly face on their gas stations, it behooves Exxon and others to at least pretend to care about the environment. Pretending to care requires admitting that the CO2 you emit is contributing to climate change.

Of course, oil companies have been known to say one thing directly to the public and another through dark money donations to climate-denying advocacy groups. But Exxon, which gave heavily to those groups between 2003 and 2007, hasn’t done so — at least through a publicly traceable donation — since 2008.

That would be encouraging, if only the people with the real power to do something about climate change — the ones controlling the House of Representatives — were also coming around to reality.