As the coronavirus pandemic cripples the U.S. economy, corporate giants are turning to Congress for help. Polluting industries have been among the first in line: Congress has already bailed out airlines, and coal companies have snagged over $30 million in federal small-business loans. Big Plastic is next in line with what might seem a surprising request: $1 billion to help fix the country’s recycling.

A group of plastic industry and trade groups sent a letter to House Speaker Nancy Pelosi on April 16, asking Congress to allocate $1 billion to municipal and state recycling infrastructure in the next pandemic stimulus bill. It would be part of legislation known as the RECOVER Act, first introduced in Congress last November. Recycling sounds great, and has long been an environmental policy that almost everyone — Republicans and Democrats both — can get behind. To some environmentalists and advocates, however, the latest push is simply the plastic industry trying to get the federal government to clean up mountains of plastic waste in an attempt to burnish Big Plastic’s image.

“Plastic recycling has been a failure,” said Judith Enck, a former regional director for the Environmental Protection Agency and the founder of the organization Beyond Plastics. “And there’s no reason to try to spend federal tax dollars to try to prop up plastic recycling when it really hasn’t worked for the last 30 years anyway.”

Put simply, very little of your plastic recycling actually gets recycled. According to the Environmental Protection Agency, less than 10 percent of the plastic produced in the past four decades has been recycled; the rest has wound up in landfills or been incinerated. In 2017, the U.S. produced over 35 million tons of plastic, yet less than 3 million tons was made into new products.

Part of the problem is that some items are composed of different types of plastic and chemicals, making them difficult to melt down and process. Only plastics with a “1” or “2” symbol are commonly recycled, and even then, they are more often “downcycled” into different types of products. A container of laundry detergent or a plastic soda bottle might be used for a new carpet or outdoor decking, but rarely into a new bottle. And downcycling is one step closer to the landfill. “The logo of recycling is the arrow that goes around and around — but that’s never been the case with plastic,” said Enck.

Big plastic-producing companies also have little incentive to use recycled materials rather than virgin materials. Plastics are made from petroleum, and when the price of crude oil is as low as it is now, it costs more to manufacture goods from recycled polymers than from crude.

Some analysts say that the RECOVER Act doesn’t take on these larger issues. The act is aimed at the “curbside” aspect of recycling: funding city and state recycling collection, improving sorting at processing plants, and encouraging consumer education — teaching people what can (and cannot) go into recycling bins. (The legislation is also backed by the American Chemistry Council, which represents Dow Chemical and ExxonMobil, and has long fought against municipal plastic bag bans.)

There are some curbside problems with recycling. If plastic bags or containers covered with food waste get into recycling bins, they can contaminate other items and make sorting and reuse more difficult.

But Jonathan Krones, a professor of environmental studies at Boston College, said the real problem isn’t at the curb. It’s that “there aren’t robust, long-term resilient end markets for recycled material.” Even if cities manage to collect and sort more recycling, without markets all those perfectly processed plastics have nowhere to go.

For decades the U.S. solved part of the problem by selling hundreds of thousands of tons of used plastics to China. Then, in 2018, the Chinese government implemented its “National Sword” policy, forbidding the import of 24 types of waste in a campaign against foreign trash. The U.S. suddenly had lost the biggest market for its used plastics, and cities across the U.S. began burning recyclables or sending them to landfills. Some cities have stopped recycling plastic and paper altogether. 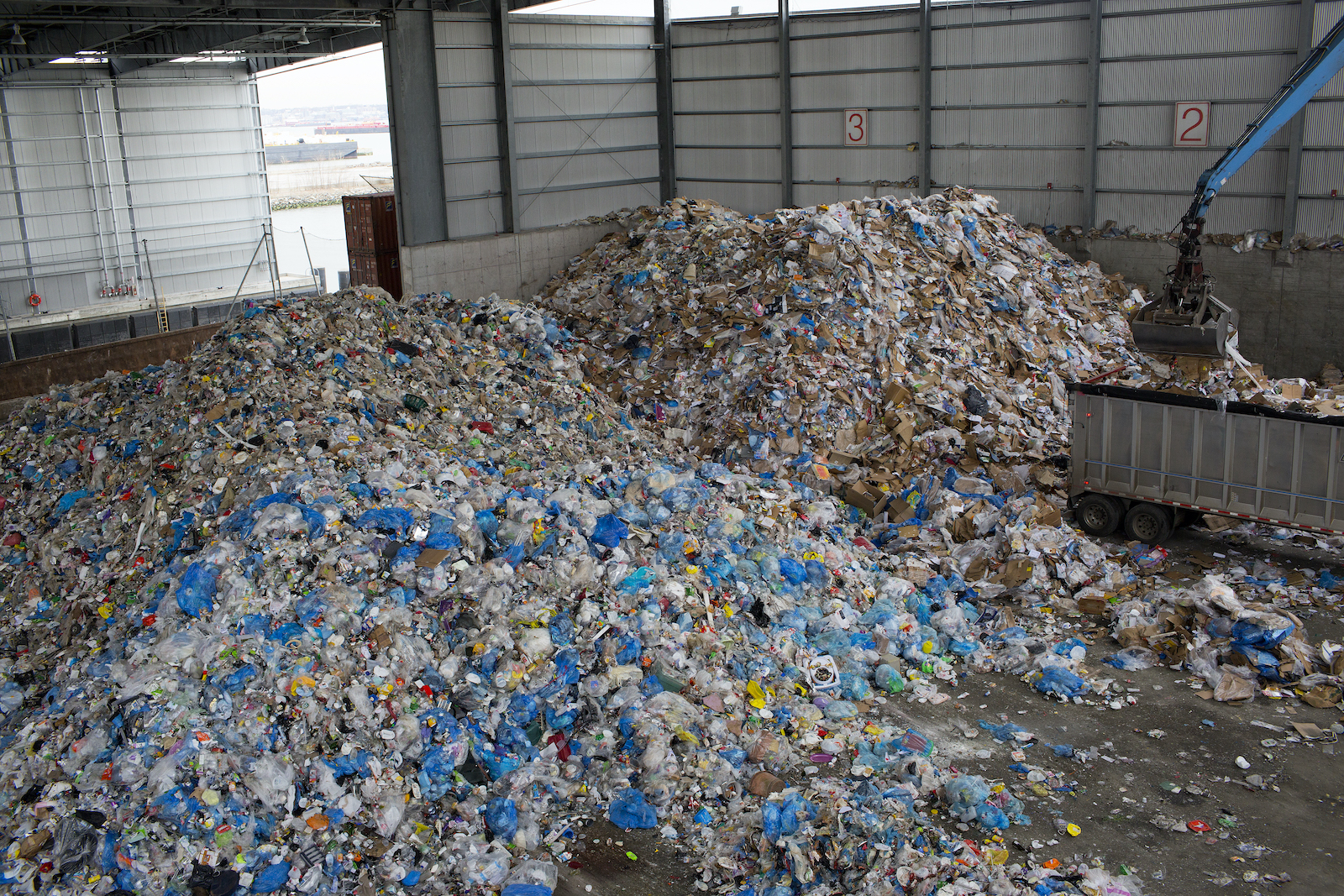 So why is Big Plastic pushing the RECOVER Act? Some argue that petroleum companies are trying to paper over the failures of plastic recycling. If consumers realized that only 10 percent of their plastics are ultimately recycled, they might push for bans on plastic bags and other single-use items, or more stringent restrictions on packaging. Keeping the focus on recycling can distract public attention from the piles of plastic waste clogging up our landfills and oceans. And a recent investigation by NPR and Frontline revealed that since the 1970s the plastics industry has backed recycling programs to buttress its public image.

“Had this bill been proposed 10 years ago, I think I would have said it was a good idea,” Krones said, referring to the RECOVER Act. “But what has been revealed after National Sword is that this is not, by any stretch of the imagination, a technology problem. It’s a consumption problem and a manufacturing problem.” He argues that any attempt to fix plastic recycling should come with constraints on the production of new materials — only manufacturing plastics that can be easily broken down and reused, for example, or mandating that companies include a certain percentage of recycled materials in their products.

There are other ways to deal with the plastic problem. In February, Senator Tom Udall of New Mexico, a Democrat, introduced the Break Free from Plastic Pollution Act, which would phase out many single-use plastic items like utensils and straws and require big companies to pay for recycling and composting products — what’s known as “extended producer responsibility.” Other countries have similar laws on the books: Germany has required companies to take responsibility for their own packaging since 1991, and it’s been credited with dramatically reducing waste.

For now, plastic use is on the rise. According to Rachel Meidl, a fellow in energy and environment at Rice University, the pandemic is bringing piles of takeout boxes and plastic bags to landfills, as cities ban reusable bags and enforce social distancing. She thinks that the RECOVER Act could be helpful, but that it needs to be coupled with other interventions.

“No matter how much government funding is allocated towards recycling efforts, there first needs to be a significant paradigm in human behavior,” she said. “Where plastic is viewed as a resource, not a waste.”