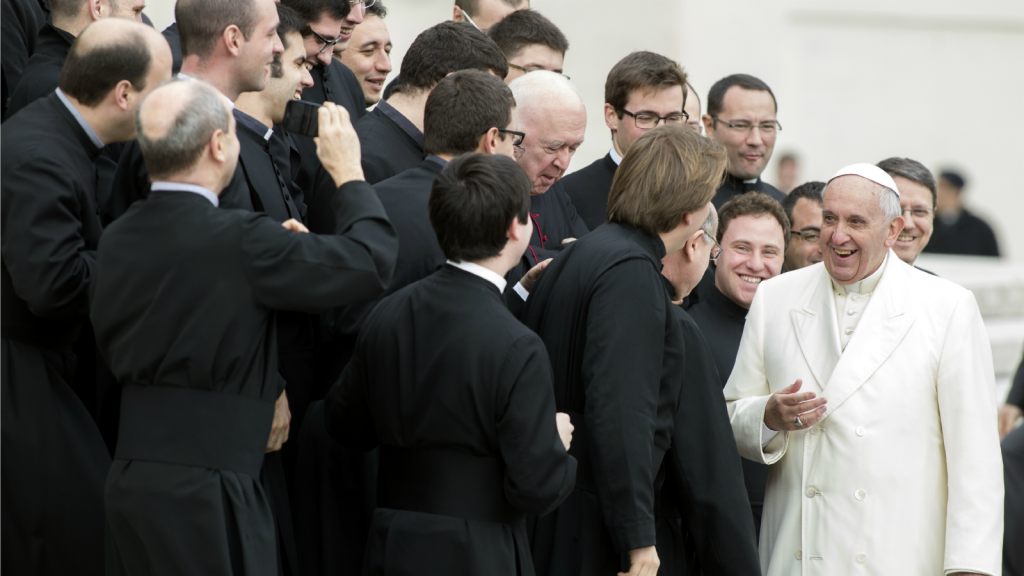 Pope Francis is scheduled to address Congress on Thursday. There’s a good chance he’ll dwell on two of his signature issues: global poverty and climate change. These issues are not especially popular with congressional Republicans. So perhaps it’s a bit surprising that, so far, only one of them has publicly expressed trepidation about the speech.

Of course, no one knows exactly what the Holy Father will say. But here are few of his key ideas, quoted from his climate encyclical this summer, that will be hard for GOP legislators to brush off:

1. Climate change is real and caused by people. Here’s a line from the statement that will play pretty poorly in a room where huge numbers of lawmakers dispute the science behind climate change:

It is true that there are other factors (such as volcanic activity, variations in the Earth’s orbit and axis, the solar cycle), yet a number of scientific studies indicate that most global warming in recent decades is due to the great concentration of greenhouse gases (carbon dioxide, methane, nitrogen oxides and others) released mainly as a result of human activity.

The pontiff also isn’t shy about pointing a finger directly at the deniers:

Many of those who possess more resources and economic or political power seem mostly to be concerned with masking the problems or concealing their symptoms, simply making efforts to reduce some of the negative impacts of climate change.

2. We have to stop burning fossil fuels, and the government should crack down on emissions. Again, from the encyclical:

There is an urgent need to develop policies so that, in the next few years, the emission of carbon dioxide and other highly polluting gases can be drastically reduced, for example, substituting for fossil fuels and developing sources of renewable energy.

Conservatives have slammed President Barack Obama for giving too much support to renewable energy, even though the United States became the world’s No. 1 producer of oil and gas for the first time ever under Obama. So the idea that we should cut back on fossil fuels probably won’t get much support from congressional Republicans. Meanwhile, Obama’s Clean Power Plan, which is precisely the kind of carbon-cutting policy the pope is advocating, has been the target of numerous Republican attacks since it was proposed.

3. Capitalism is at the root of the problem. The pope has been broadly critical of global consumer culture and has linked it to environmental degradation:

These problems are closely linked to a throwaway culture which affects the excluded just as it quickly reduces things to rubbish … We have not yet managed to adopt a circular model of production capable of preserving resources for present and future generations, while limiting as much as possible the use of non-renewable resources, moderating their consumption, maximizing their efficient use, reusing, and recycling them.

He also takes issue with the idea (which some environmentalists embrace, as do many conservatives) that private-sector innovation can and/or should play a prominent role in adapting to climate change. According to the pope, the environment cannot be “safeguarded or promoted by market forces.”

But there could be one topic on which the pope agrees with Republicans, if not for the same reasons: He is opposed to cap-and-trade policies that would set up a carbon-trading market, which many environmental economists say is the most efficient way to cut emissions. To the pope, “carbon credits” are just another financial market to be exploited by the rich to the detriment of the poor; to Republicans, they’re job-killing government overreach.

In any case, it’s sure to be an awkward afternoon for Republicans on Capitol Hill.