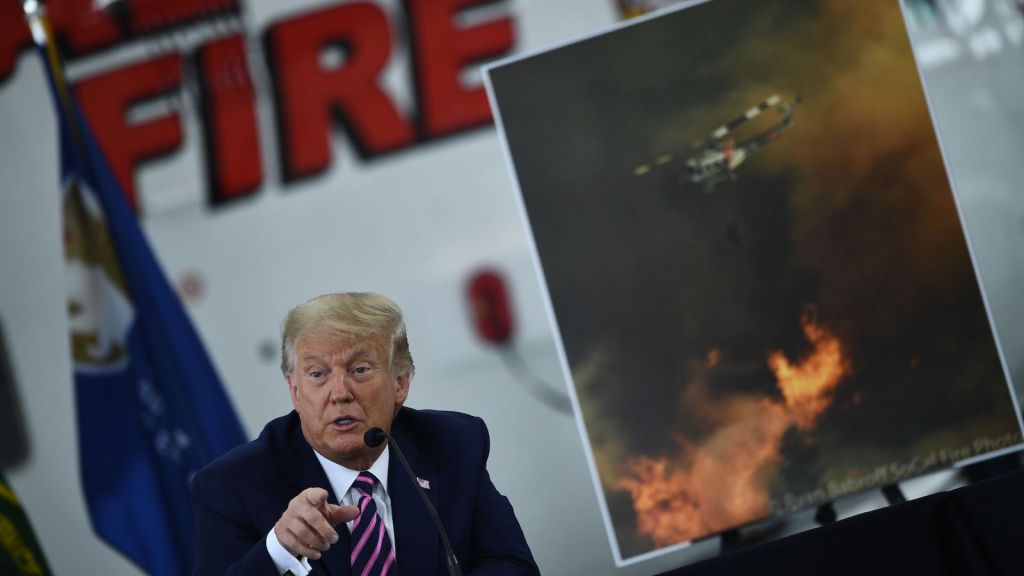 A month ago — when California was on fire and its inhabitants were shocked to see bright-orange skies outside their windows — the Golden State’s natural resources secretary pleaded with President Trump to acknowledge the major role climate change had played in the blazes. To which Trump responded: “I don’t think the science knows, actually.”

The statement, given at a meeting near Sacramento with Governor Gavin Newsom and other state officials, was in keeping with Trump’s denial-heavy — and sometimes truly off-the-rails — remarks on global warming over the past decade. (Remember when he said Green New Deal supporters want to “take out the cows”?)

But, according to recent reporting from the New York Times, the president himself may not actually believe his own anti-climate rhetoric. Per the Times, after the cameras were turned off, Trump actually acknowledged the role of climate change, not just sloppy forest management, in exacerbating California’s wildfires.

“Gavin, I totally get it, and really it’s probably like 50-50,” the president told Newsom when the governor pressed him on the issue of climate change after the televised meeting.

Trump has done this kind of off-the-record backtracking before. In February, around the time Trump told reporters that the coronavirus would disappear “like a miracle” one day, he also told journalist Bob Woodward privately that COVID-19 was definitely more deadly than the seasonal flu. (He later admitted to Woodward that he was publicly downplaying the virus, acknowledging that it was “deadly stuff.”)

So does Trump actually believe in the reality of climate change? Or is it just that every single thought that comes into his head also comes out of his mouth?

Let’s not presume to dig into the psychology of America’s commander-in-chief. Trump’s anti-science comments still far outnumber his pro-science ones. Remember when he told Leslie Stahl of 60 Minutes that rising sea levels “would have happened with or without man”? If you can’t bear to listen to the whole interview, comedian Sarah Cooper just tweeted a more … palatable version:

I don’t know why Leslie Stahl even gives Trump the time of day pic.twitter.com/X6MPM5uyYJ