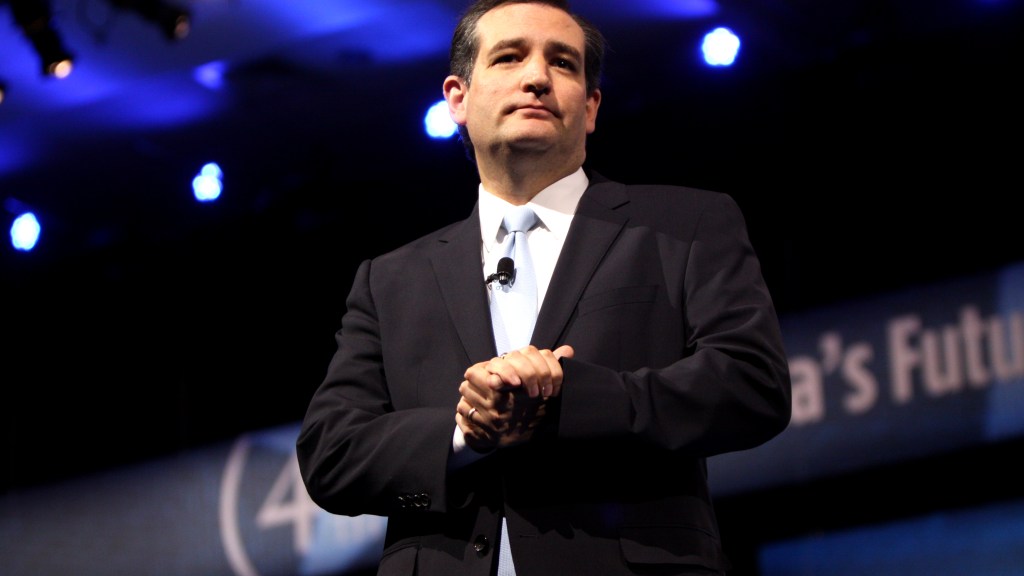 Ted Cruz officially kicked off the long U.S. presidential campaign when he declared his candidacy last week, but his anti-environmental rhetoric has already set the stage for a looming war over whether climate change denial is a legitimate barrier to the most powerful job in the world.

Leading scientists are preparing for an American election in which global warming may receive much higher billing than before — and Republicans’ statements will be exposed to a level of scrutiny they have not formally had to deal with.

Cruz, the red-meat Texas senator with an army of conservative followers, raised eyebrows on March 24 when he told the Texas Tribune that people who believe global warming is real are “the equivalent of the flat-Earthers.”

“It used to be it is accepted scientific wisdom the Earth is flat, and this heretic named Galileo was branded a denier,” Cruz said.

The comments were emblematic of the environmental threat that has plagued the Republican party for years. Buoyed by the oil and gas companies and fossil-fuel-funder mega-donors that increasingly bankroll their campaigns, most prominent Republican politicians have either denied that climate change exists or refused to stake out a clear position, citing their personal lack of scientific knowledge.

But as the subject’s specter looms larger by the day, and as presumed Democratic candidate Hillary Clinton has stepped up her calls on the need to battle climate change as a potential signature issue, the “I’m not a scientist” line is infuriating scientists.

“I think, frankly, the Republican party is going to have to make a decision,” Michael Mann, director of the Penn State Earth System Science Center, who contributed to a Nobel Prize-winning landmark report on global warming, told the Guardian. “Are they going to move in the direction of logic and rationality, or are they going to continue to pursue this anti-scientific fringe movement within their party that is personified by people like Ted Cruz?

“As long as the Koch brothers are pouring tens of millions of dollars into their campaigns,” Mann said, referring to the top conservative donors, “there’s going to be enough oxygen to keep these folks going.”

The real test, Mann said, lies with establishment-backed candidates like former Florida Gov. Jeb Bush, who recently declared himself a climate skeptic despite his previous assertion that the climate may be warming.

As the governor of a state regarded as the hotbed for hurricanes and coastal erosion, Bush fought against drilling off the Florida coast and launched a massive Everglades restoration project.

Among the potential candidates expected to announce their intentions beginning in an April wave, only Kentucky Sen. Rand Paul and South Carolina Sen. Lindsey Graham have bucked their party by acknowledging that climate change is real.

The conservative field for the 2016 election is otherwise made up of proud deniers, such as Cruz, and those who would rather plead ignorance, along with Florida Sen. Marco Rubio and Texas Gov. Rick Perry.

This ambiguity falls short of the criteria by which scientists believe the media — and undecided young voters — should judge each candidate’s response.

“I’m not a doctor, but I know not to drink arsenic,” Mann said. “Each of these candidates is going to have to decide how they’re going to contend with this.”

Recent polls that show support among the majority of Americans, including half of Republicans, for government action to curtail greenhouse gas emissions may make uncomfortable reading for GOP candidates. Two-thirds of Americans said they would be more likely to vote for candidates who campaigned on fighting climate change. Among Republican voters, 48 percent said they preferred candidates who would take on climate change.

Growing concern among the American electorate suggests climate change may emerge as a major issue in 2016, something that would mark a change from prior elections in which it was scarcely discussed in debates or on the campaign trail, failing to make it into the topics that mattered most to voters.

In 2012, Republican nominee Mitt Romney was not alone in ignoring climate change. Even Barack Obama, who has taken a more aggressive approach in cutting carbon emissions during his second term, took heat from environmental activists in his base for being elusive over global warming during his presidential campaign.

More recently, the president has made the fight against climate change one of the top priorities of his administration. The Pentagon’s declaration that global warming is a national security threat has also raised the debate’s national political profile.

Even so, scientists are not holding their breath for any outright climate change acknowledgements by Republican candidates.

“It would be suicide in their primaries,” John Abraham, a professor of thermal sciences at the University of St. Thomas School of Engineering in Minnesota, told the Guardian.

The fate of the political discourse over climate change, he argued, in many ways lies in the hands of voters in town halls as well as reporters and debate moderators — and whether they accept outright denial from Cruz and vague obfuscation from other candidates at face value.

“If this were a political issue, the media would be entirely within its rights to provide equal voice to both sides,” Abraham said. “However, this is a story that is grounded in science — it’s a lot like what causes Ebola, what causes flu, or how do we treat cancer.

“Global warming is not a political problem — it’s a scientific problem.”