When news leaked that President-elect Joe Biden was planning to appoint Tom Vilsack as agriculture secretary many left-leaning advocacy groups were furious.

These groups wanted Representative Marcia Fudge, Democrat from Ohio, who has served on the House Agriculture Committee for the past nine years, to get the job. Fudge would have been the first Black woman to run the Department of Agriculture, and pretty much everyone who wanted a decisive break with the status quo pinned their hopes on her. Instead, Biden opted for more of the same: Vilsack headed the department throughout Barack Obama’s presidency. Biden picked Fudge to run the Department of Housing and Urban Development.

It raises a familiar question: Do you go for big structural change, or nudge the existing system? It’s unclear, however, that Fudge would have been as revolutionary as her supporters had hoped, and when it comes to climate-smart agriculture, many say Vilsack is a perfectly acceptable pick.

First the complaints: Vilsack’s critics say he’s a Big Ag guy, that he failed to protect Black farmers, and a champion for biofuels which have a murky environmental record.

Let’s unpack that. On Big Ag, it’s clear that Vilsack has always been a proponent of helping big modern farmers do their job better. That’s what he did as governor of Iowa, and that’s what he did as agriculture secretary. When farmers begged for help dealing with what looked a lot like monopolistic practices in the meat industry, they got little to no help from the Obama Administration. After leaving the Obama administration, he took a job with the dairy industry to help export more milk products. “He is a standard ethanol, corn and beans, dairy and hogs, farm subsidy supporting sort of guy,” said Dan Sumner, a professor of agricultural economics at the University of California, Davis.

Vilsack had long claimed to be making progress in resolving complaints about the kind of discrimination that leads to Black farmers losing their land. But an investigation last year by Nathan Rosenberg, a visiting scholar at the Harvard Food Law and Policy Clinic, found that the number of civil rights complaints rose under his leadership. Then there’s the case of Shirley Sherrod, the USDA official who lost her job after Andrew Breitbart published a deceptively edited speech of hers that made her comments appear racist, leading people across the political spectrum, from Bill O’Reilly to NAACP leader Ben Jealous, to condemn Sherrod. The unedited speech showed that Sherrod was really making a plea for racial harmony. Insiders say the pressure for her resignation came from above Vilsack. 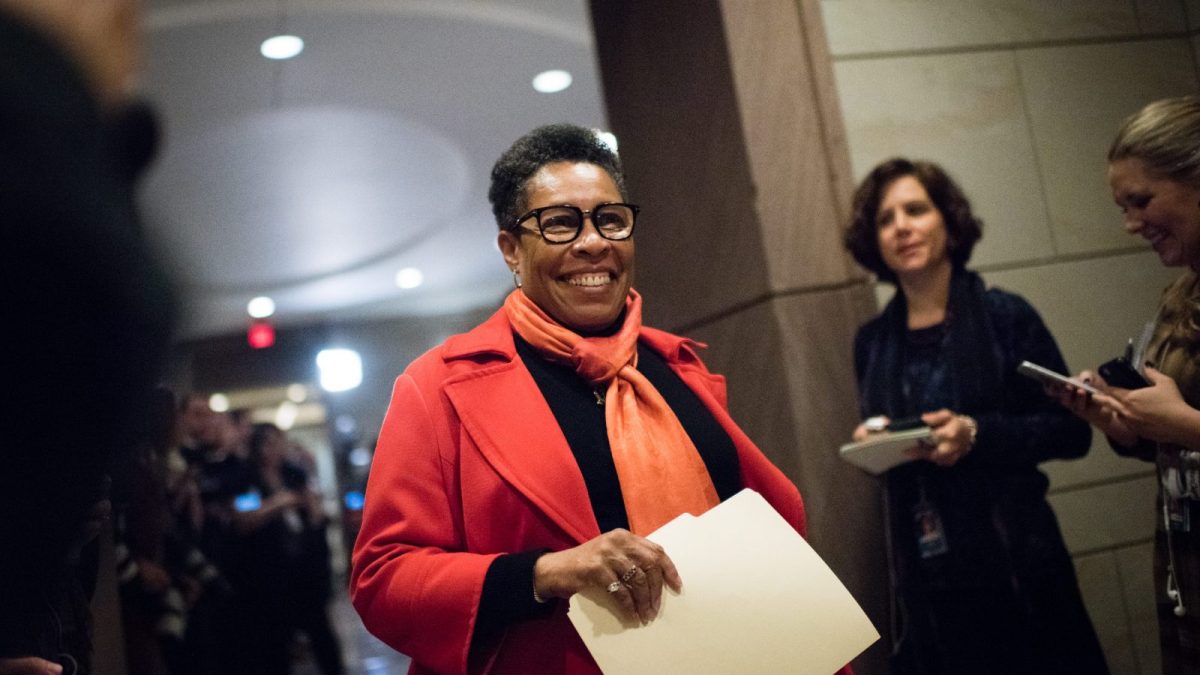 Vilsack is a fan of biofuels Midwestern farmers have made a lot of money turning corn into ethanol in recent years. And Vilsack has a vision of new farm products like biofuels turning into a bio-economy that brings prosperity to rural America. Biofuels are good in that they supplant fossil fuels, but bad in that they take up a lot of space — in some cases pushing farmers to cut down forests so they can expand cropland.

Sumner counts himself among the disappointed. He would have prefered to see Fudge get the job and thinks the USDA is due for a shakeup. But Sumner also said people would have eventually been disappointed by any pick, if they expected the USDA to revamp the food system so it was not dominated by big industrial farms. “I have seen no data or research that would suggest that there are any (realistic) government programs that could cause the share of food production from small farms to rise much,” he wrote in an email.

The truth is that there’s not much support for the conventional wisdom that big farms are bad and small farms are good for the environment. “I don’t know of any strong evidence — or even any weak evidence — of a relationship between crop farm size and the adoption of various sustainable farming practices,” said Jim McDonald, who has studied farm sizes at the USDA’s Economic Research Service.

As farms have grown bigger, they have become more efficient, producing a lot more food for every acre. Over the past 70 years, while the U.S. population doubled, farms have managed to keep feeding everyone without plowing up more land — a tremendous environmental win. Sure, today’s big farms still cause massive problems, but that doesn’t mean smaller is better.

So it’s safe to assume that Vilsack will work within the existing system. He’ll get the department’s regional climate hubs — the research centers set up by Vilsack’s USDA in 2014 and all-but shuttered during the Trump Administration — up and running. He’ll help fund studies to figure out how farmers can capture carbon in their fields. And because he has experience leading the agency, he’ll be able to quickly undo some of the damage Trump did, said Glenda Humiston vice president of the University of California’s division of Agriculture and Natural Resources.

“Vilsack is a known quantity,” she said. “He’s not going to cause a fight in the Senate. And to be honest, for the first year or two the new secretary is going to be occupied with rebuilding programs and bringing science back as the key driver of policy.”

Listen: This doctor has the prescription for both COVID and climate