Biofuels are a controversial climate solution. Could they still help save the planet? 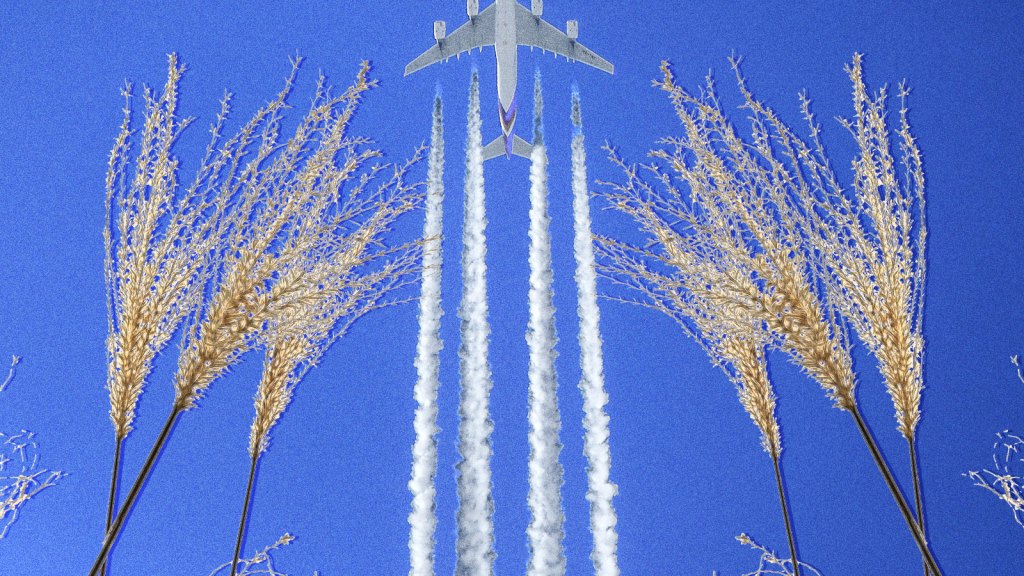 Biofuels are a controversial climate solution. Could they still help save the planet?

Of all the tools we have to curb climate change, devoting land to growing bioenergy crops is among the most contentious. The reason it’s considered a solution is that plants suck up carbon from the air while they grow. When we turn them into fuels and burn them, no new carbon is added to the atmosphere —the whole cycle is considered “carbon neutral.” Proponents tout biofuels as an answer for industries that can’t easily replace fossil fuels with clean electricity or batteries, like flying, shipping, and long-haul trucking. They argue that as carbon-capture technology advances, biofuels could even become carbon-negative, taking more carbon out of the atmosphere than they put in.

But critics say biofuels’ carbon-neutrality is a mirage. They argue that if you account for the fact that you likely need to chop down forests or replace farmland that could be used to grow food to produce them, the case for biofuels crumbles.

Two recent studies try to calculate these complex trade-offs, one looking at the potential benefits of growing bioenergy crops at the scale of specific land-use choices, and the other zooming out to the consequences of relying on them to reduce emissions at a global, gigaton scale.

“Skeptics argue that we should keep this genie in the bottle,” Lee Lynd, a professor of engineering at Dartmouth and author of the smaller-scale study, told Grist in an email. “I believe that we rebut these claims conclusively.”

A right time and place?

Ignoring factors like biodiversity and economics, Lynd and his coauthors calculated the potential avoided fossil fuel emissions from growing a crop called switchgrass in three different places — on abandoned agricultural land, pasture land, or land where a young forest has been cleared. The switchgrass would be turned into ethanol that would replace the gas in your car. For each location, they compared the results to the potential climate benefits of other land use choices, like reforestation, grassland restoration, or in the case of an existing forest, just letting it be.

As one might expect, chopping down a young forest to grow switchgrass did not produce optimal results. That would put the biofuel operation in immediate and immense carbon debt, and it would take too long for the avoided fossil fuel emissions associated with biofuels to make up for it. But the researchers found that on former cropland or pasture, so-called “marginal land,” with little agricultural value, growing switchgrass would have about the same greenhouse gas mitigation potential as restoring the land to forest, and potentially twice the benefits of restoring it to grassland.

“We need to consider places where biofuels make sense and places where they don’t,” Daniel Sanchez, an engineer and energy systems analyst at the University of California, Berkeley who was not involved with the study, told Grist. “Just because land use change can occur with biofuels, it doesn’t mean that all biofuels are bad from a climate perspective. That’s really the only metric we’re looking at right here.”

But for Tim Searchinger, a senior fellow at the World Resources Institute and staunch critic of biofuels, these results don’t bolster the case for pursuing biofuels as a climate solution. “What they say is, as of today, you don’t get any more benefit than just letting the land reforest,” he told Grist.

Today, biofuels may be a glass-half-full or half-empty solution depending on your perspective. But what about in the future? The technology for converting cellulosic, or fibrous, plants like switchgrass to fuel is still young, and researchers see potential for it to do better. The study modeled expected advancements, and found more favorable results: With improvements in crop yield and fuel conversion technology, Lynd’s team found that switchgrass could eventually have about double the climate benefits of reforestation. In a third scenario, they calculated the added benefit of capturing the carbon dioxide that’s typically emitted during the process of converting the grass into fuel and storing it deep underground. With carbon capture and sequestration, switchgrass could mitigate about four times as much carbon pollution as trees can.

“What they are showing is that these advanced biofuel technologies can get much more carbon sequestration for that unit of land than replanting a native forest,” said Sanchez. “It challenges this idea that the best use for everything is to just reforest, reforest, reforest the world.”

The case for negative emissions

Bioenergy with carbon capture and storage (BECCS), the technology used in that third scenario, is considered a “negative emissions technology,” because some of the carbon embedded in the plant never goes back into the atmosphere. Turning switchgrass into ethanol involves a fermentation process similar to brewing beer. As the switchgrass ferments, it exhales CO2. “Instead of just venting that CO2 back to the atmosphere, carbon capture and storage involves piping that gas through some equipment to remove moisture, compressing it, and then injecting it into a variety of different geological formations for storage,” explained John Field, a research scientist at Colorado State University and the lead author of the study.

There’s a growing consensus that negative emissions technologies like BECCS will be necessary for the world to have any hope of keeping climate change in check.

“There was a time when we could have gotten away without that,” said Field. Now it looks like reducing emissions to zero as soon as possible won’t be enough; the world will also need to remove a lot of the carbon we’ve been emitting while delaying climate action. “We really ought to be thinking hard about the foundation for that now. Investing in research and development, doing sustainability studies, and thinking hard about the trade-offs,” he said.

But forests are considered a negative emissions technology too, as long as there’s some guarantee they’ll be preserved. That’s why Searchinger was not won over by the study’s results for BECCS. “They are missing the notion of opportunity cost,” he said. What he means is the potential for a win-win situation — for the land to be reforested, and for the same amount of energy to be produced in some other way. For example, he sees hope in green hydrogen, a fuel that could be produced using electricity from renewable sources like wind and solar, as a solution for those hard-to-decarbonize sectors like airplanes and shipping.

In the study, the authors note that sequestering carbon from biofuels deep underground could potentially be more permanent than planting trees, since climate change will make forests increasingly vulnerable to wildfire. They also point out that growing switchgrass is a potential revenue stream for landowners. And there are other considerations that are harder to predict, like how quickly different technologies can scale and be adopted. Airplanes and ships have long lives, so converting a fleet to run on new technology like hydrogen fuel won’t happen overnight. Plant-based fuels can be blended with traditional fuels and “dropped in” to existing engines today.

“Even if you do shift to [hydrogen], you have these fleets of planes and trucks and they turn over pretty slowly,” said Corinne Scown, an energy and environmental policy staff scientist at Lawrence Berkeley National Laboratory who was not involved in the study. “So if you can scale up production of a liquid fuel blend, even if it’s a bridge to a future where you are less reliant on liquid fuels, I think that’s valuable.”

Growing switchgrass on a plot of abandoned farmland is one thing, but climate models predict that without rapid decarbonization, we may need to remove gigatons of CO2 from the atmosphere in order to keep global average temperatures in check. If we rely solely on BECCS and reforestation, we risk driving up competition for arable land and water, threatening food security.

There are other ways to get negative emissions, including big “direct air capture” machines that pull CO2 straight out of the air. Another recent study asked whether large-scale deployment of these machines could alleviate some of the strains that an expanding biofuels industry and reforestation would put on food, land, and water availability. These facilities are currently expensive and energy intensive, but unlike BECCS, they can be placed pretty much anywhere, and they don’t require as much water.

The researchers modeled and compared ways to limit warming to 1.5 degrees C (2.7 degrees F), the goal of the Paris Agreement, with and without direct air capture. They looked at how much carbon we might need to remove if the world moves quickly to get to net-zero emissions in the next few decades, versus a more gradual reduction in emissions. For the scenario that included direct air capture, the model chose the most cost-effective mix between that, BECCS, and reforestation.

What they found was that direct air capture could soften the blow of biofuels, so to speak, when it comes to land use. But even with prompt action to get to net-zero emissions, the level of BECCS and reforestation needed to hold global warming to 1.5 degrees C by the end of the century could still cause food prices to double or triple around the world by 2050, and get even higher in the Global South. The model showed that water use would still go up dramatically as well, because so many direct air capture facilities would need to be built that it would cancel out the water benefits of growing fewer bioenergy crops. And the energy required to power these carbon-sucking machines would be monumental: It would be equivalent to more than all of the natural gas the world consumes today.

One caveat to these results is that the models assumed that if direct air capture were available at scale, it would reduce the need to green up industries like transportation, because the machines could be used to offset continued emissions. If we fully decarbonized those industries, the trade-offs predicted by this study would likely be less severe.

Andres Clarens, a professor of civil and environmental engineering at the University of Virginia and the lead author of the study, sees the results as a warning of the consequences of not eliminating emissions from the global economy as quickly as possible.

Negative emissions technologies like BECCS and direct air capture “could be an important part of the solution, where we’re actually removing a lot of CO2 from the atmosphere within a couple of decades,” he told Grist. “But my intuition about this is this is never going to happen. We’re never going to allow food prices to go up this much globally. There will be so much instability that this isn’t an acceptable future.”

Field and Lynd acknowledge that there are limits to how widely BECCS should be scaled up. Field said the bottom line of their research is that at a small scale, where land is available, biofuels, and especially carbon-negative biofuels, are attractive compared to other ways to use the land.

There are other ways to remove carbon from the atmosphere, some easier than others. Mangroves and kelp forests store CO2, and even crushed rocks can capture and store CO2 through a process known as weathering. Each still has trade-offs and challenges, and biofuels researchers like Sanchez and Scown argue that we need to develop a portfolio of solutions.

“I think the easy answer of just crossing technologies off the list, take your pick — biofuels, carbon capture and sequestration, nuclear — it comes up all the time. There’s a lot of wishful thinking here,” said Sanchez. “I think that there is a more nuanced debate to be had here.”