The US has left the Paris agreement. Mail-in ballots could get us back in. 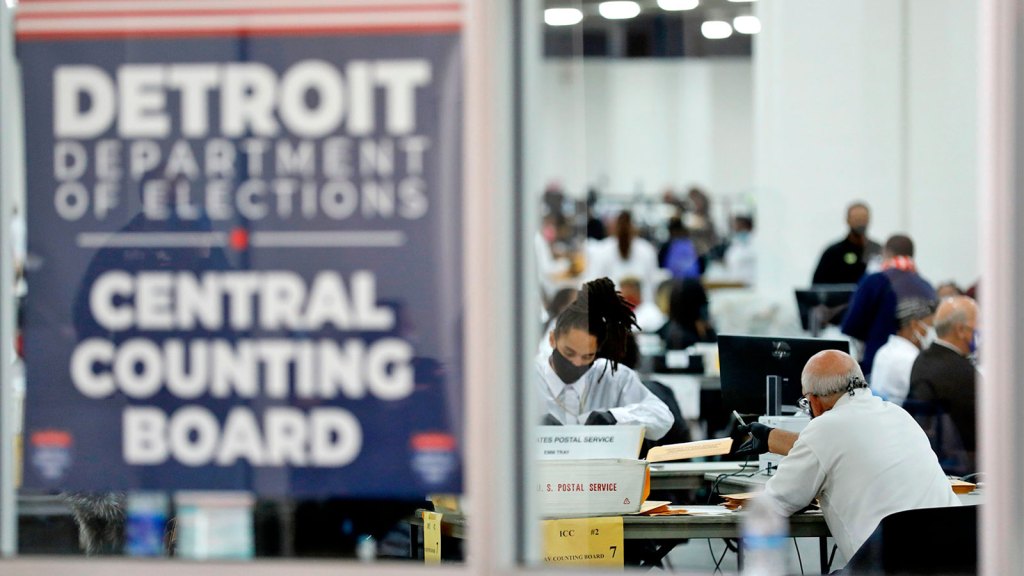 The US has left the Paris climate agreement. Mail-in ballots could get us back in.

It’s the day after the 2020 presidential election, but Americans have no certainty about who will be their next president. Despite predictions of an easy win for Democratic nominee Joe Biden, it looks as though either he or President Trump will just barely cross the electoral college vote threshold needed to claim victory. Mail-in ballots in key battleground states like Michigan, Pennsylvania, Georgia, and Nevada are still being counted. These votes could well determine the victor, given the razor-thin margins in the half dozen swing states where the race is too close to call. No matter what, it’s going to be close.

One thing that is certain, however, is that as of today the U.S. is officially withdrawn from the 2016 Paris climate agreement. This makes the U.S. the first nation in the world to formally leave the pact, which commits more than 180 countries to taking steps to limit global warming to 2 degrees C (3.6 degrees F). The U.S. is now the only large country besides Iran and Turkey that is not a party to the agreement. That means that the United States’ share of carbon emissions — 15 percent of the global total — will be unaccounted for under the international framework.

The milestone demonstrates the sky-high stakes of the ongoing ballot-counting. Withdrawing from the accord is one of the signature policy achievements of President Trump, who lambasted the agreement while on the campaign trail in 2016. Shortly after being elected, Trump initiated the withdrawal process. If he is elected to serve four more years, it’s certain that the withdrawal will stick for at least that amount of time. If Biden is elected, however, he has promised to rejoin the accord on the first day of his new administration. (It would take about 30 days for such a move to become official.)

Environmental advocates say that U.S. participation in the agreement is more important than ever.

“The U.S. exit from the Paris Agreement is a shameful act and is especially cruel at a time when the world is reeling from devastating disasters worsened by climate change,” Rachel Cleetus, the policy director for climate and energy at the Union of Concerned Scientists, wrote in an email to Grist. “The decision to leave the Paris Agreement has left the United States globally isolated in its defiance of scientific realities, and will cause real harm to people, the planet and the economy.”

Cleetus argued that climate change cannot be effectively mitigated without strong leadership at the federal level, as well as global support.

“The nation’s youth, frontline communities, environmental activists, labor groups and scientists will continue to lead the fight for climate justice,” she told Grist. “But there is no doubt that without federal leadership, our nation’s efforts to address climate change will fall short.”

Many environmental advocates believe that the withdrawal is a symptom of the broad influence that fossil fuel interests have within the Trump administration.

“The U.S. departure from the Paris Agreement is a tragedy that highlights the fossil fuel industry’s obscene power over our political institutions,” said Jean Su, director of the Center for Biological Diversity’s energy justice program. “U.S. leaders can’t let powerful polluters continue to sabotage and subvert crucial efforts here and around the world to zero-out planet-warming emissions and put us on the path to ending oil, gas and coal extraction.”

It’s clear that the two presidential candidates have vastly different views on the necessity of lowering carbon emissions. What’s not yet clear is when we’ll know whose views will guide the next four years of policy.