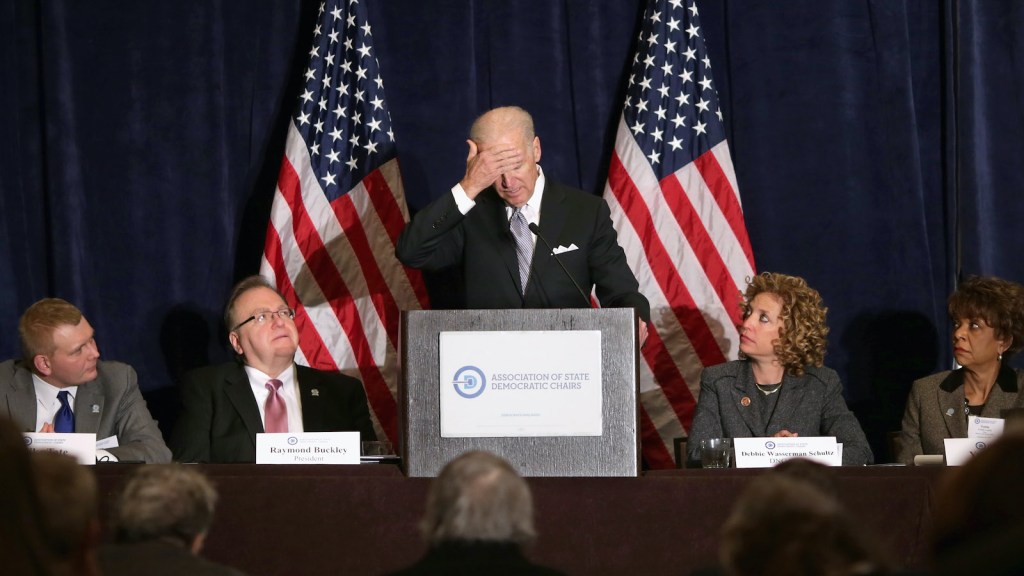 When Americans wake up on November 4, they may not know who the next president of the United States will be — unless Democratic nominee Joe Biden or President Donald Trump wins in a landslide, the country could be in a state of uncertainty for weeks. But there’s at least one thing Americans can count on to happen next Wednesday: The U.S. will complete the years-long process, started by President Trump in 2017, to drop out of the Paris climate agreement.

There will be no ceremonial exit with the other 189 countries remaining in Paris waving a sorrowful goodbye to the American delegation. Still, that doesn’t mean the departure won’t be momentous. By next week, the United States will be virtually alone on the world stage, the only big country besides Iran and Turkey not signed on to the landmark agreement to limit greenhouse gas emissions.

“It’s been heartbreaking,” said Andrew Light, a former senior climate official in the Obama Administration who helped negotiate U.S. involvement in the agreement.

If President Trump wins the election, he’ll almost certainly keep the U.S. out of the agreement for another four years, leaving approximately 15 percent of the planet’s emissions out of the purview of the climate pact.

If Biden wins, on the other hand, he has vowed to rejoin the agreement on day one of his new administration (it would take approximately 30 days to become official). But even the act of rejoining will conjure up a whole new batch of problems — forcing the U.S. to make up for lost time and move quickly on climate policy.

“You can’t be a party of the Paris Agreement unless you’ve got a commitment in good standing,” said Light. “And that’s required, not optional. We would be in arrears by the time Biden would rejoin Paris.”

The Paris accord requires all member countries to set commitments to lower their greenhouse gas emissions. Even though those goals aren’t legally binding, they are a crucial part of the “name-and-shame” system that countries have been using to police each other’s carbon pollution.

By the time Biden could rejoin, however, the U.S. would already be behind on its previous promise to reduce emissions by 26 to 28 percent below 2005 levels by 2025. (As of last year, U.S. emissions were down about 12 percent.) And it would have to hastily cobble together a new goal, as all parties to the agreement are expected to meet in Glasgow next November to unveil their new, upgraded commitments for 2030.

“2021 is all about signaling that countries are going to ratchet up their ambition” to cut emissions, said Rachel Cleetus, the policy director for climate and energy at the Union of Concerned Scientists.

But countries don’t just have to set goals, they also have to show that they have a plan to hit them. And that’s where the U.S. record looks a little shabby. When President Barack Obama signed the agreement in 2016, Republicans controlled both the House and the Senate, so he didn’t have much hope of getting any climate legislation through Congress.

Instead, Obama promised his fellow world leaders that the U.S. would cut emissions through something called the “Clean Power Plan,” which would have pushed the U.S. electricity grid toward renewables and away from fossil fuels. The Clean Power Plan, however, got held up in the courts, and was never implemented; in 2019, President Trump repealed it entirely.

“There’s no shortage of people in other countries who are skeptical of the United States backing up a commitment only with presidential action,” Light said. “They feel like they kind of got burned.”

According to Light, that skepticism means that Biden would have to show up in Glasgow with more than just promises — he may also have to bring proof that the U.S. has started taking action. That could pressure Biden, who has already placed climate high on his list of priorities, to focus his earliest legislative efforts on passing a stimulus bill that prioritizes clean energy. (Biden has vowed to put $2 trillion towards such efforts, and his plan to address climate change is actually favored by a majority of American voters.)

Of course, there are still many hurdles in the way of passing such a bill. Democrats would have to win back the Senate and also sneak any legislation past the ever-annoying filibuster. But with Glasgow on the horizon, the Paris Agreement might do what it was always supposed to do — pressure sluggish countries, like the United States, to stop dragging their feet.

After all, other countries are surging ahead: On Monday, Prime Minister Yoshihide Suga of Japan vowed that the world’s third biggest economy would go carbon neutral by 2050. China and the European Union have already made similar commitments. If the U.S. wants to catch up, it will have to act fast.

“There needs to be a high bar for what happens next year,” Cleetus said. “It needs to be a race to the top, a high-ambition exercise — not continuing to evade responsibility.”