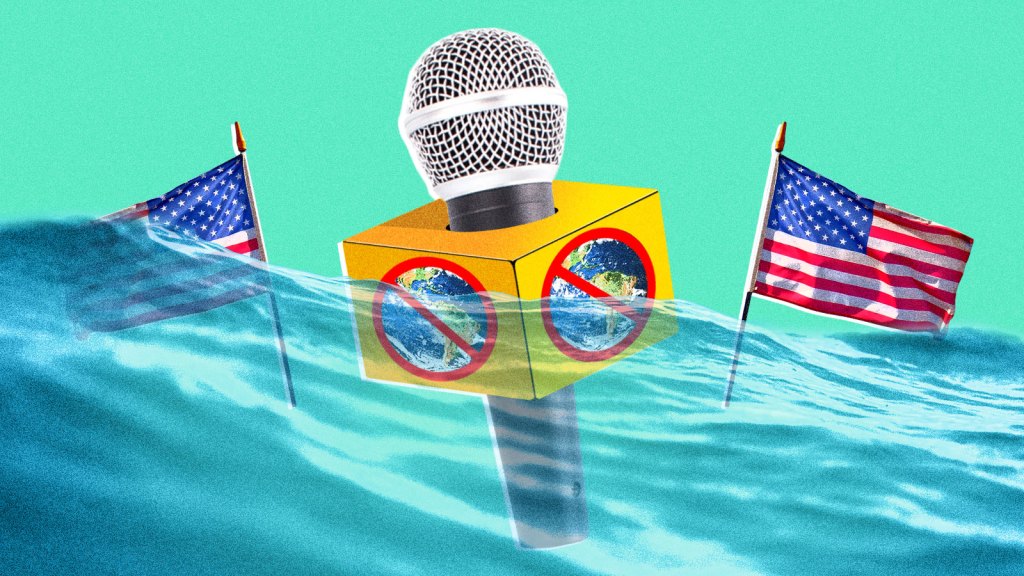 That was it. That was the last time. In the last 12 years, over 720 minutes of presidential and vice-presidential debates, moderators haven’t asked candidates anything about the climate, according to a recent report by the policy group Climate Power 2020.

There’s every reason to think Tuesday’s debate in Cleveland between President Donald Trump and Joe Biden will be no different. Even as the damage done by climate change becomes more obvious and acute — from wildfires scorching the West Coast to heat waves rippling across the country — the country is distracted by other ills. Chris Wallace of Fox News is moderating the first debate, and his list of topics includes the COVID-19 pandemic, race and violence in U.S. cities, the struggling economy — and no mention of the climate.

It’s a sign of how times have changed. By all accounts, 2008 was the last year that both candidates acknowledged the science on climate change and wanted to do something about it. If you want a signal of how radically different the discourse was back then, consider this: During the vice-presidential debate, the conservative darling Sarah Palin said “We know that [climate change] is real” and “We’ve got to reduce emissions.”

After all, both John McCain and Barack Obama were running on platforms that called for capping carbon emissions across all 50 states. This was reflected in the debate questions: In the vice-presidential debate, Gwen Ifill of PBS asked the candidates “what is true and what is false” about the causes of climate change; in the final presidential debate, moderator Bob Schieffer from CBS asked Obama and McCain how they would reduce dependence on foreign oil for “energy and climate control.”

Four years later, however, following the rise of the far-right Tea Party, neither Obama nor his opponent, Mitt Romney, wanted to touch the issue of climate change. They spent 0 minutes on it throughout all three debates, although Obama did briefly mention the importance of green jobs and spending on clean energy.

In 2016, with Republican nominee Trump frequently calling climate change a “hoax,” the only question on climate and energy policy came from an audience member, the red-sweatered internet sensation Kenneth Bone, who both accepted the scientific consensus on climate change and worried that it would cost him his job at an Illinois coal plant. If it weren’t for Bone, the total time spent discussing the warming climate may have been 0 again; thanks to him, it squeaked in at five and a half minutes.

To David Steinberg, a political communications expert at the University of Miami, the lack of climate change in debate questions isn’t much of a surprise. The questions “are going to be based on what shows up in polling data among those people who are direct targets,” he said. That means people who are undecided, infrequent participants in politics, or who don’t commonly vote.

And, although climate change clocks in pretty high on Democrats’ policy priorities, it ranked as the 13th priority for American voters overall, according to a poll in April by George Mason University and Yale Program on Climate Change Communication. That’s well below COVID-19, the economy, and healthcare. It’s also hard to imagine what, if anything, Trump would have to say on climate change. Earlier this month he told California policymakers that “I don’t think science knows” what will happen to the climate.

Later in the process, the candidates may well get a few relevant questions thrown their way. The second debate will be a town-hall style event in Miami, one of the cities most at risk from sea-level rise and devastating storm surges.

But, even against a backdrop of a global pandemic and a slumping economy, Biden will have ample opportunity to talk about the overheating planet — even without questions from the moderator. After all, Steinberg says that presidential debates aren’t really “debates” per se — they’re more like “joint press conferences.” And, just like politicians at a press conference, “candidates will find a way to get around to things that they think will benefit them, whether or not the question is asked.” Biden can easily use questions about jobs or the economy to show off his climate credentials and win points against Trump at the same time, Steinberg added.

So expect to hear Biden boost his clean energy plan for America, and his dream of covering America’s highways with 500,000 electric vehicle charging stations. But don’t expect a ton of questions on the warming planet: Even in 2008, there were only two.