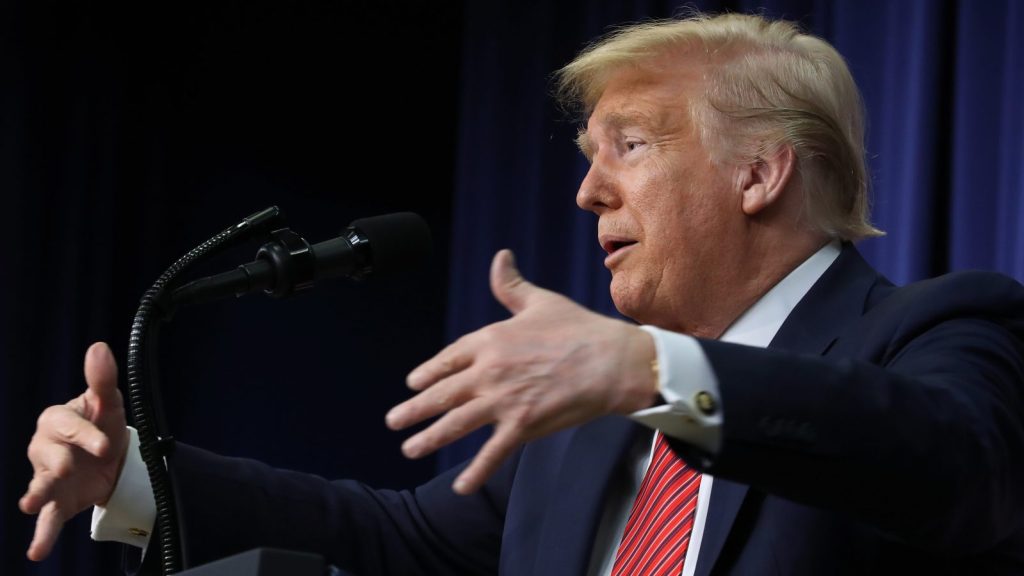 A little more than 10 years ago, Donald Trump and his children signed a letter that ran as a full-page ad in the New York Times. In it, they urged global leaders to reach an ambitious climate change deal at the annual United Nations conference.

The position didn’t hold. Months later, Trump said he thought Al Gore should be stripped of his Nobel Prize because of an unusually cold winter. Since then, Trump has tried on many different excuses for ignoring climate change, from calling it an outright hoax on Twitter to claiming in an Axios interview that it’s part of a natural cycle that will “go back like this,” he said, making an ocean-wave gesture with his hand.

But most Americans don’t agree with that assessment. For the last year, there’s been a clear trend in polls finding that climate change is Trump’s most unpopular position, outranking health care, immigration, and foreign policy as the issue he gets the worst marks on from registered voters.

A Politico/Morning Consult poll released in late January — smack in the middle of the impeachment trial — asked 2,000 voters about Trump’s performance on a number of issues ranging from jobs, economy, and terrorism to trade, climate, immigration, foreign relations, health care, and draining the swamp. They were the least impressed with climate: More than half — 54 percent — gave Trump a D or F, while just 21 percent gave him an A or B.

Then there was an August survey from the Associated Press-NORC Center for Public Affairs. The research group found that 64 percent of the 1,058 people included disapproved of his record on climate, while 32 percent approved — “the lowest among six issue areas that the poll asked about, including immigration (38 percent) and health care (37 percent),” the AP reported. And in July a poll by the Washington Post-ABC News poll found Trump’s lowest rating was on climate: Just 29 percent approving, with 62 percent disapproving, the widest spread in the poll.

The problem with this kind of polling is that the issue is widely polarized, so while climate change is a top-tier issue for Democratic primary voters, it ranks far lower in importance for Republicans. In swing states, it’s unclear whether climate will turn out voters.

In Florida, it just might. In October, Florida Atlantic University polled 1,045 Floridians on whether they believed climate change was real and primarily caused by human activities. Among Republicans, 44 percent agreed. That figure wasn’t as high as independents and Democrats who agreed — 59 and 70 percent respectively — but still a significant percentage for a party led by outspoken deniers.

Another poll in North Carolina in 2018 showed a spike in Republican voters’ concern about climate change following back-to-back direct hits hurricanes. The American Conservation Coalition, a group representing younger conservatives, has done its own polling of 1,000 voters nationwide under age 35 — 77 percent of whom said climate change was important to them and that they want to see more solutions from their party.

It’s getting harder for Trump to ignore the loudening chorus of conservative voices calling for climate action — and he and his advisers have taken notice, however halfheartedly. He held an event at the White House this summer touting his love for clean air and water, despite the revolving door of energy lobbyists rolling back environmental regulation and enforcement. Now, on the heels of impeachment, Trump has pledged US support of an initiative to plant 1 trillion trees globally.

His critics say it’s an empty gesture, noting his 95 and counting environmental rollbacks and opening of lands like Alaska’s Tongass National Forest and the Arctic National Wildlife Refuge. “The same man who is proposing to cut down the Tongass National Forest wants to plant a trillion trees,” said Center for American Progress Senior Policy Analyst Ryan Richards. “He can’t have it both ways.”