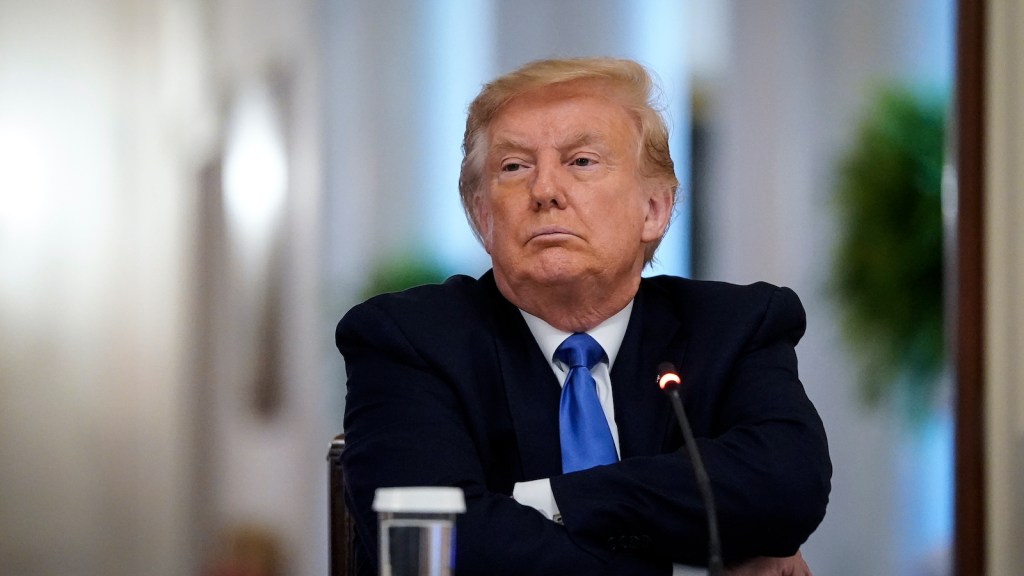 The Trump administration’s relentless push to gut dozens of environmental and public health safeguards worsened the COVID-19 pandemic in the United States, a new report from New York University School of Law found.

The lengthy analysis, which NYU’s Institute for Policy Integrity published Tuesday, comes as President Donald Trump and his team act as if the coronavirus threat is waning — when the U.S. outbreak stands out as one of the worst in the world — and as they work to finalize a frenzy of environmental rollbacks ahead of November’s election.

As the report highlights, the administration has scrapped or gutted several regulations aimed at reining in hazardous air pollution, including particulate matter and ozone, from power plants, factories, and automobiles. Air pollution disproportionately affects low-income populations and communities of color, and several recent studies suggest that people exposed to poor air quality have a higher risk of contracting the coronavirus, suffering serious illness from it, and dying of COVID-19.

Similarly, the Trump administration has worked to cut food benefits and weaken school nutrition standards, and in 2017 delayed enforcement of stricter rules for electronic cigarettes and cigars. As the report notes, preliminary health studies have found that smoking, diabetes, obesity, and other health issues put people at greater risk of severe COVID-19 infection.

The report concludes that Trump’s deregulatory agenda was a “harbinger of the U.S. outbreak” and “exacerbated” many COVID-19 risk factors.

“The administration’s problematic policies have increased our collective susceptibility to COVID-19, and the consequences are getting more dire by the day,” Jason Schwartz, legal director at the Institute for Policy Integrity and author of the report, said in a statement.

As the pandemic rages across the country, the administration is ramping up its deregulatory push, working to finalize rollbacks that would be difficult for a future administration to undo. The Environmental Protection Agency announced Monday that it will retain rather than strengthen existing air quality standards for ozone, the main ingredient in smog, drawing fierce criticism from health and environmental groups and applause from fossil fuel interests.

And later this week, the administration is expected to finalize its proposed overhaul of the National Environmental Policy Act, a 50-year-old law that protects air, water, and land by requiring federal agencies to conduct detailed environmental assessments of major infrastructure projects. The planned changes are aimed at expediting fossil fuel pipelines, highways and power plants by limiting the number of projects that require in-depth environmental assessments — a move that environmental justice groups have slammed as an attack on communities of color, which are disproportionately affected by major development. Agencies would also no longer be required to consider climate change when evaluating the environmental effects of a project.

“These rollbacks have put all of us — especially low-income communities, Black people and people of color, and essential workers — at higher risk of contracting and dying from COVID-19,” McCarthy, who now leads the Natural Resources Defense Council and was not involved in the analysis, said in an accompanying statement. “This report details the many ways.”