Was the environment a decisive factor in the Virginia governor's race? 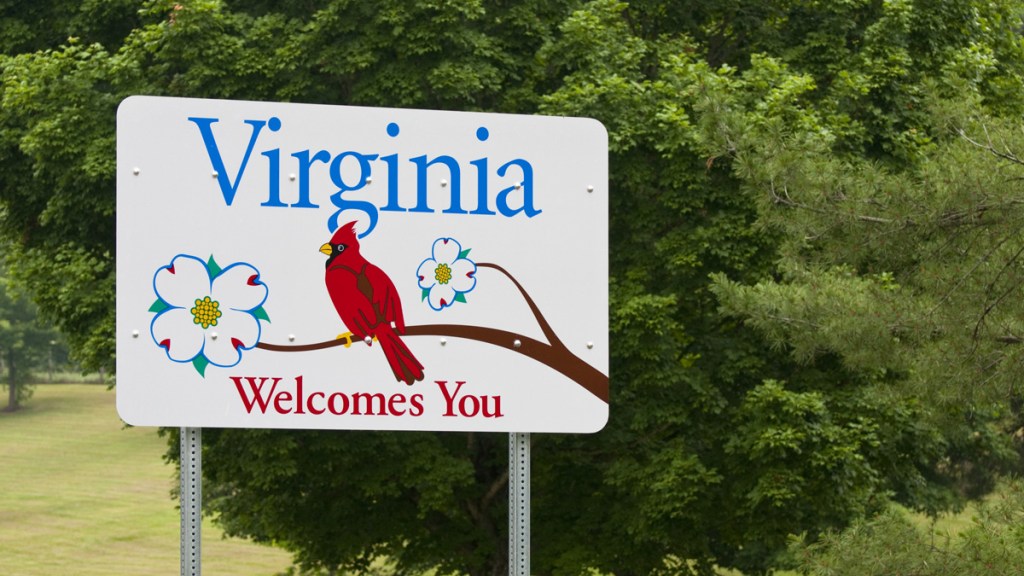 Was the environment a decisive factor in the Virginia governor’s race?

When looking at electoral outcomes, it can be hard to know which issues shape partisan preferences and which merely reflect them. It’s tempting for environmentalists to look at their recent successes in the swing state of Virginia and see auspicious signs for the country as a whole. But the actual evidence is inconclusive.

The League of Conservation Voters argues that Terry McAuliffe’s recent victory in Virginia’s gubernatorial race and Tim Kaine’s Senate win last year demonstrate that Virginia’s voters are turning green. Democrats McAuliffe and Kaine both ran on pro–clean energy platforms, and their opponents argued for more fossil fuel extraction. McAuliffe’s opponent, Virginia Attorney General Ken Cuccinelli, is a climate change denier with his head so deep in the sand he has practically dug a hole to China. Kaine’s opponent, former Sen. George Allen, is a front man for the oil industry.

As Grist’s Lisa Hymas and reporters at Politico noted, one factor that helped McAuliffe win is heavy spending on his behalf from environmentalist Tom Steyer. LCV invested big in the race too.

And shortly before the election, LCV released polling data showing that voters in swing states crucial to control of the Senate, including Virginia, overwhelmingly believe in anthropogenic climate change and support the federal government taking action to regulate greenhouse gas emissions.

So, it is easy to see the Virginia results as a referendum on the environment.

“We look at Virginia as a microcosm of the shifting politics on climate and energy that we’re seeing nationally,” says Jeff Gohringer, a spokesperson for LCV. “Traditionally, Virginia used to be a state where the coal industry could come in and really shape the politics.” As Gohringer points out, the coal industry ran ads against Kaine, but they were unable to beat him. There is no doubt that coal’s power in Virginia is on the wane.

But that’s not because Virginia voters who once favored coal mining over environmental concerns are changing their minds. Rather, it’s due to Virginia’s changing demographics. Northern Virginia has been growing rapidly in recent years, with an influx of highly educated white-collar workers drawn to jobs with the government, technology companies, contractors, and the expanding media/advocacy/lobbying complex around Washington, D.C. These voters lean Democratic, as do immigrants coming to the area for low-wage service-sector jobs. The result is that Virginia’s D.C. suburbs have swung from Republican to Democratic, and they have taken the state’s politics with them. That doesn’t mean that voters already living in Virginia changed their minds about politics in general, much less the environment in particular. And it doesn’t tell us much about how environmental attitudes might be shifting in swing states where demographics aren’t changing so rapidly.

Voters in Southwestern Virginia, where coal is king, voted solidly for Cuccinelli. But they were outweighed by the more densely populated cities and suburbs that went for McAuliffe. The same partisan pattern applied in the Kaine/Allen race in 2012, as well as the 2008 and 2012 presidential races.

Democrats like McAuliffe and Kaine are more pro-environment than Republicans like Allen and Cuccinelli. But they are also more pro-choice, more pro–gay rights, more pro-immigration, and more supportive of progressive taxation and social insurance programs. Which of these issues caused Virginians to favor Kaine and McAuliffe? We don’t have enough data to know.

It’s also worth bearing in mind that Allen and Cuccinelli are two especially intolerant, extremist Republicans. Allen — who has a strong affinity for the Confederacy — narrowly lost his seat to Jim Webb in 2006 after he hurled a racist slur at an Indian-American Webb staffer. He still managed to win the Republican nomination for his old seat in 2012 and lose to Kaine by only five points.

Likewise, Cuccinelli worked hard to alienate every moderate in Virginia while he was attorney general. He tried to reinstate criminal penalties for Virginia’s unconstitutional anti-sodomy law. (It was still technically on the books but had gone unenforced since the Supreme Court ruled in 2003 in Lawrence v Texas that anti-sodomy laws violate the 14th Amendment.) He tried to defund Planned Parenthood and embryonic stem cell research while helping to fund so-called “crisis pregnancy centers.” He previously favored requiring sonograms to be part of a 24-hour waiting period to have an abortion. He is also sort of a birther, saying it “doesn’t seem beyond the realm of possibility” that someone will prove President Obama was born in Kenya. He still only lost to McAuliffe by 2.5 percentage points. (In fairness, McAuliffe was an unappealing candidate as well.)

Unfortunately, Virginia’s exit polls didn’t ask questions about environmental issues. But experts who analyzed the data and followed the race believe that Cuccinelli’s intense opposition to reproductive freedom was the decisive issue, costing him heavily among unmarried voters, especially women. McAuliffe carried unmarried men 58 percent to 33 and unmarried women 67 to 25. Fully 20 percent of voters said abortion was their most important issue, and those voters broke for McAuliffe, 59 to 34.

“I think what swung the election to McAuliffe was that Ken Cuccinelli was a little too conservative for the Virginia electorate on a whole host of issues, not just the environment, and more so on social issues,” says Geoff Skelley, an analyst at the University of Virginia’s Center for Politics.

That isn’t to say that the environment did not help McAuliffe. It’s worth noting that he dominated among voters with a post-graduate degree. While social liberalism is probably the more salient characteristic of that group, they also don’t think highly of ignorant, backward attitudes toward science, such as climate-change denialism. And, as The Washington Post reported, environmental groups won nearly every Senate race they targeted.

So there is little reason to doubt that supporting action to address climate change is more popular among swing voters than climate denial. But how much they care about climate and the environment relative to other issues is still an open question.