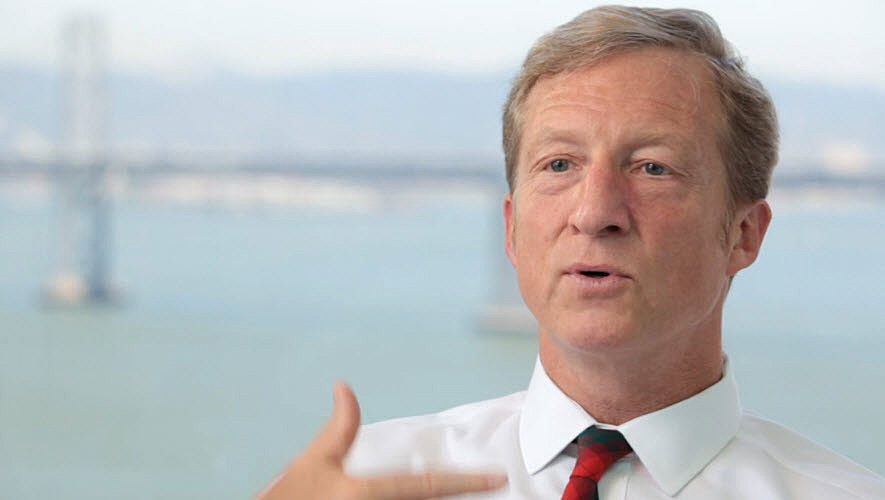 Enviros appear to have won two key contests on Tuesday — a high-profile governor’s race in Virginia and a low-profile county council race in rural Washington — and they did it by outspending their fossil-fuel opponents. Billionaire green activist Tom Steyer can claim much of the credit.

Through his NextGen Climate Action PAC, Steyer poured more than $2 million into electing Democrat Terry McAuliffe as governor of Virginia — or, more to the point, defeating Republican climate denier Ken Cuccinelli. The Virginia League of Conservation Voters and the national League of Conservation Voters pitched in almost $2 million too, and the Sierra Club contributed nearly half a million. All in all, environmentalists donated more to the McAuliffe effort than any other interest group save for the Democratic Governors Association, reports The Huffington Post.

Virginia’s lax campaign-finance rules worked to the benefit of Democrats and greens this time around, according to Politico:

Since the start of the race, McAuliffe’s campaign has relentlessly exploited Virginia’s loose election laws, which allow for direct coordination between campaigns and outside groups and have enabled McAuliffe to leverage the resources of staunchly progressive organizations to help him win in a genuine swing state. …

When NextGen recently ran an ad, titled “Questioned,” that assailed Cuccinelli’s ethics on stations in the D.C. media market, McAuliffe’s team liked the spot so much that they pulled the video and upped the buy to saturation levels in both Washington and the Tri-Cities market in southwest Virginia.

National Journal reports that, overall, “Democratic candidate Terry McAuliffe has vastly outraised Cuccinelli, hauling in $26 million in contributions to the Republican’s $16 million.” Politico sees a trend: “Democrats have abandoned their initial revulsion about outside money in favor of a recognition that they have to play and win by the same political rules as their opponents.”

Steyer’s money also looks to have been decisive in four county council contests in rural Whatcom County, Wash., where council members will likely determine whether a big coal export terminal gets built. The results of the race aren’t yet final, but in initial returns on Tuesday night, the four candidates likely to oppose the terminal had clear leads.

Washington Conservation Voters Action Fund, which opposes the coal terminal, has to date raised $671,202, including $150,000 from the national League of Conservation Voters, and $275,000 from NextGen. Spending in support of the terminal is a PAC called Save Whatcom, which has raised $165,641 to date, chiefly with contributions from a Wyoming coal company, Cloud Peak, and an Ohio company, Global Coal Sales.

This is not the normal course of events, National Journal reminds us:

Typically, environmental groups are vastly outmatched in political spending by the fossil fuel and industry groups they oppose. … But this year, in the … races in which they chose to play, the green groups have outspent the coal and fossil fuel industry …

And they’ve won. But environmentalists shouldn’t expect to keep on winning into next year:

While green groups were able to make their mark this year in a handful of races, it’s hard to see how they’ll be able to repeat that effort during next year’s congressional midterm elections, or in the following presidential election cycle, when conservative superPACs and other interest groups are expected to come back out with spending in full force.

Steyer has been a highly motivated and influential ally to greens this year, also helping to elect Massachusetts climate hawk Ed Markey to the U.S. Senate. But though he’s got billions, fossil-fuel interests have billions more. If elections in the U.S. continue to be decided by money, enviros — and the climate — will lose. It’s nice to have rich people on our side, but what we really need is campaign finance reform.