What would President Sanders or Clinton be able to do on climate? 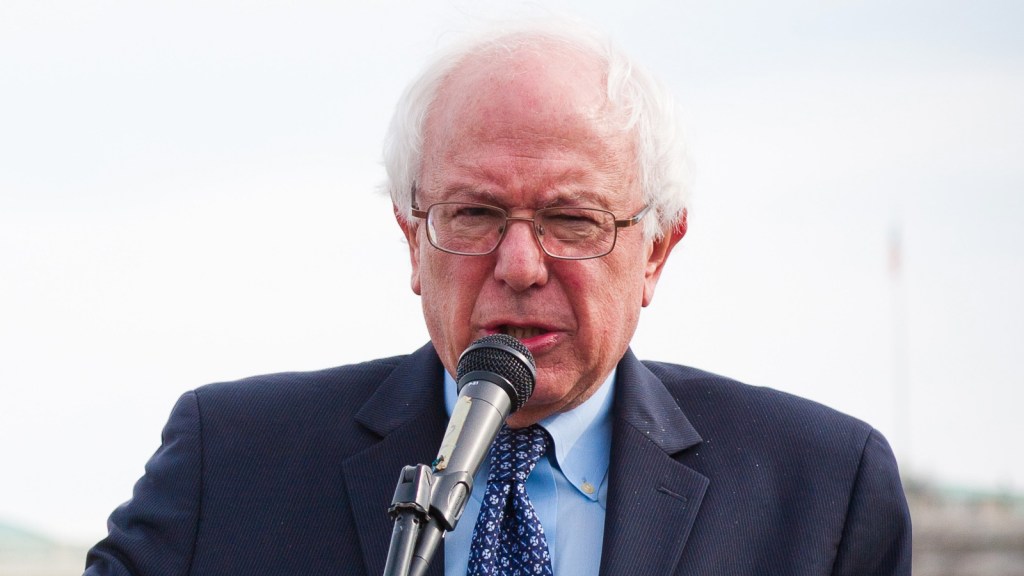 What would President Sanders or Clinton be able to do on climate?

One of the ironies of modern presidential politics is that even the most substantive discussions during the campaign are largely illusory. Candidates produce voluminous proposals on everything from health care and education to taxes and foreign aid that they cannot actually enact. It’s Congress that writes the laws and the budget.

So while it is exciting to hear Bernie Sanders talk about his desire to provide health insurance for all Americans, it is irrelevant with a Republican-controlled Congress. And due to gerrymandering, the GOP is virtually guaranteed to retain control of the House of Representatives through at least 2022.

That’s why the most important question of Tuesday’s Democratic debate may actually have been one that came from a viewer and had nothing to do with any specific policy at all. Unfortunately, it was only one question in the whole two hour debate, and it was posed only to Sanders. Here’s the transcript:

“President Obama has had a difficult time getting Republicans to compromise on just about every agenda. How will you approach this going forward, and will it be any different?”

Sanders: The Republican party, since I’ve been in the Senate, and since President Obama has been in office, has played a terrible, terrible role of being total obstructionists. Every effort that he has made, that some of us have made, they have said “no, no, no …”

The only way we can get things done is by having millions of people coming together. If we want free tuition at public colleges and universities, millions of young people are going to have to demand it, and give the Republicans an offer they can’t refuse.

If we want to raise the minimum wage to $15 bucks an hour, workers are going to have to come together and look the Republicans in the eye, and say, “We know what’s going on. You vote against us, you are out of your job.”

Give Sanders credit for not offering naive platitudes about how he will succeed at compromising with Republicans. Sanders understands that Republicans will only do what they perceive to be in their self-interest.

The problem, as Paul Waldman of The Washington Post points out, is that gerrymandering has limited their self-interest to the point where increased turnout and grassroots activism from the young or poor can’t necessarily affect them. Individual congressmen mostly serve in highly partisan districts where they are invulnerable in general elections but constantly besieged by their extremist right-wing base in primaries. Waldman explains:

Imagine you’re a Republican representative who hails from a conservative district in Alabama or Idaho or Tennessee; we’ll call him Jim. Jim is right now stopping comprehensive immigration reform, which the GOP as a whole knows it needs to pass in order to have any chance of appealing to the growing Hispanic population. But Jim won’t sign on, because though that might be good for the party, it’s bad for him. His conservative constituents don’t want it, he personally doesn’t want it, and the only political risk he fears is a primary challenge from the right.

Is Jim really going to be scared and/or persuaded when a bunch of young people in America’s cities — even if there are millions of them — create a movement behind President Sanders’ plan for free college tuition? Don’t bet on it.

Waldman is quite right in identifying the obstacle to Sanders’s theory of change in Congress. Waldman is overly pessimistic, though, when he concludes that this makes congressional obstruction “the real elephant in the room,” that no Democratic candidate can meaningfully address.

Waldman writes: “No candidate is going to tell voters, ‘Here are the things I’d like to do, although, let’s be honest, I probably won’t be able to.’ Even if it’s the truth.”

Well, then instead of conducting a kabuki campaign where we all discuss legislative proposals that will never come to fruition, the candidates should instead be pushed to talk about what they actually can accomplish.

As Matthew Yglesias recently explained in Vox, presidents have been increasingly doing more policymaking through executive action. Current laws allow presidents to do a lot, especially in the realm of climate change, where Obama is regulating greenhouse gas emissions from power plants under the authority of the Clean Air Act.

All three of the relevant Democratic candidates have pledged to preserve the Clean Power Plan from congressional assault. But why stop there? Martin O’Malley has laid out a detailed plan for what he would do on climate change under executive authority. One of those proposals is to regulate carbon emissions from other sources besides power plants. (The two next biggest sectors — besides cars, which are already regulated — are industry and agriculture.) O’Malley also proposes to restrict domestic fossil fuel development, by eliminating offshore drilling and charging more for fossil fuel extraction leases on federal land, and to tighten methane leakage rules.

Hillary Clinton has offered some smaller proposals in this vein — banning offshore drilling only in the Arctic Ocean, charging more for coal leases. But there is a lot more we don’t yet know about how she would use the powers of the presidency to combat climate change. The same goes for Sanders, who, despite his progressive record and rhetoric on climate change, hasn’t produced a detailed plan yet, either.

So, instead of asking the candidates how they would get their agenda through Congress, when it is clear that they simply can’t, debate moderators and interviewers should ask a question that actually matters: What would they do with the executive powers that Congress can’t block?