When it comes to roads and rail, we force government to lie to us 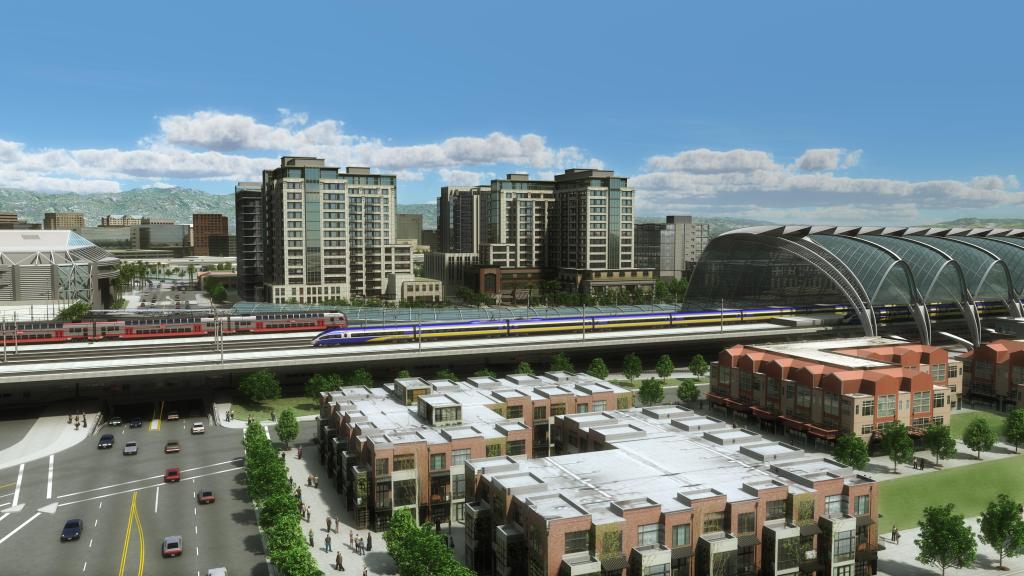 When it comes to roads and rail, we force government to lie to us

I’m taking a one-post hiatus from the food beat to write about high-speed rail. I love geeking out over transportation. I love to draw imaginary maps, play with imaginary subway systems, and to figure out clever routes and tricks for getting more gracefully from A to B. Nonetheless, I — like many Californians — have gotten less and less enthusiastic about California’s high-speed rail project as the years have passed.

Because of all that, I’ve been avidly reading James Fallows’ series on California’s high-speed rail in the Atlantic. He’s done a fantastic job of outlining the issues, and has given voice to critiques of the project from all angles. Fallows started out thinking the rail line was basically a good idea, and it seems he’s become more convinced over the course of his reporting.

As Fallows told Valley Public Radio, “If California does not do this and there are another 10 or 15 million people there over the next generation, the other ways of dealing with the transportation problem, whether it’s more roads or just the cost of congestion or more airports or whatever, will be more destructive as far as I can tell than going ahead with the rail project.”

I’m not going to debate the merits of the project here — Fallows has that covered. But I want to air a question that I first encountered while covering high-speed rail during a brief stint as a transportation reporter, and that has only grown more pressing in the time since: Why do big infrastructure projects always seem to cost more, and deliver less, than promised?

Investment in infrastructure is usually good for countries. I’m not just talking about sexy trains to take fossil-fuel-guzzling airplanes out of the air. There are even more obvious things, like fixing bridges before they fall down, or fixing roads before the cost of repairs triples, or fixing gas pipes before they leak tons of potent greenhouse gas and, erm, blow up.

The U.S. is like a penny-wise, pound-foolish homeowner, saving money by putting off roof repairs even though water is leaking into the attic and rotting the frame. And yet even people like me, who understand the importance of infrastructure, begin to worry after watching enough big government projects go wildly over budget. It begins to look like the government is incompetent or corrupt. And so, even in my big-government blue state, less than half the likely voters support the high-speed rail project.

What’s going on? Government megaprojects aren’t actually any more prone to corruption or incompetence than any other kind of megaprojects. But the debates around them are more likely to be packed with exaggerations, fudgery, and outright lies. Because we are so reluctant to support infrastructure in this country, there’s an incentive to tell voters a project will cost less — and do more — than is reasonable.

The guy with the unpronounceable name

Optimism bias is part of the problem: People generally see the world through rose-colored glasses. We don’t expect things to go wrong as often as they do. (If we did, we’d never get out of bed in the morning — in fact, a realistic vision of reality is one symptom of depression.) But this isn’t an intractable problem because there are ways of adjusting estimates to control for optimism bias.

Strategic misrepresentation is the other part of the problem: That’s Flyvbjerg’s term, and it’s a polite way of saying “lying.” If you are in competition for federal money, or if you need to win a vote to get a bond approved, you’re going to want to show a healthy cost-benefit ratio on paper. Robert Caro, in the Power Broker, showed how Robert Moses used this strategy to great effect to get projects started, only to go back and ask for more money: Once construction begins, no one wants to abandon the sunk costs. Of course, this dynamic often asserts itself in all kinds of projects, including those in the private sector, but it’s the public examples that are most visible.

“Strategic misrepresentation” is a rational approach to getting a single project funded. In fact, it may be the only way to get a project funded in a country where the citizens have so little interest in paying for infrastructure. But it’s a terrible way of funding many projects over time, because every time it is used, it erodes the public trust. As voters grow more suspicious, the imperative to lie just a tiny bit (to hire the planning contractor that will give you the numbers you need) grows stronger. We’re deeper into the whirlpool with every cycle.

Getting it right means stepping on toes

If you pay attention to the controversies surrounding these projects, it looks like the government isn’t paying enough attention to the concerns of locals. I think that’s wrong: Generally speaking, these projects are guided too much by the concerns of the people who live nearby. With high-speed rail, I’m sympathetic to the local landowners: The new rails will cause massive unwanted changes for the farmers along the path, for instance. But I think that in the U.S. we spend so much energy making sure we do right by individuals that we shortchange the good of the commonwealth.

Here’s an example told to me by Metropolitan Transportation Commission PR man Randy Rentschler: If you have a chance to ride BART in Oakland between the Lake Merritt and 12th Street stations, you’ll notice the train slows to a crawl to make two turns, first one way and then the other. The train makes these turns to avoid the vestigial outlines of a hardware store whose owner didn’t want the subway running under him. The store closed before BART opened — but all the riders since have lost a little bit of their lives to that dispute.

We shouldn’t go so far as the Chinese, bulldozing first and asking questions later; but we’d be better off moving one tick in that direction. The long-term good of the many outweighs the good of the few.

What are the solutions?

Flyvbjerg has proposed a suite of reasonable fixes. Here’s just one example: Planning forecasts are usually done by contractors, and if it turns out their estimates were wildly incorrect, they should have to refund the fee the government paid them. That’s a nifty trick, eh?

The media has long been part of the problem, but we could also be part of the solution. We delight in stoking outrage by pointing out how much things cost, even when it’s totally incorrect, as Mike Grunwald recently pointed out. But it’s much less exciting to publish a story on how it will cost way more to repair a road if we wait five years than if we do it now. Grunwald is (along with Fallows) also a model for doing it right. His book The New New Deal entertainingly explains the importance of investing in infrastructure.

See that? Entertaining and infrastructure can go in the same sentence without spontaneous combustion. Sure, scandal is always going to be more exciting, but I believe there is a genuine hunger out there for good writing that helps people understand the issues crucial to running their democracy.

And finally, you, or us, we the people, need to take a deep breath. Just about the only way to build infrastructure in this country is via deceit, but that’s only because we’ve been unwilling to pay for common goods. The less we trust, the more civil servants are pressured to lie. But we can turn this around: If we trust more, the government will have to lie less.

Most of the background for this comes from a radio piece I did, including an interview with Bent Flyvbjerg, called The Planning Problem.

For more on Flyvbjerg, here’s a great profile by Ryan Blitstein. Or delve into his papers and books.

And here (once again) is Fallows’ stellar series.