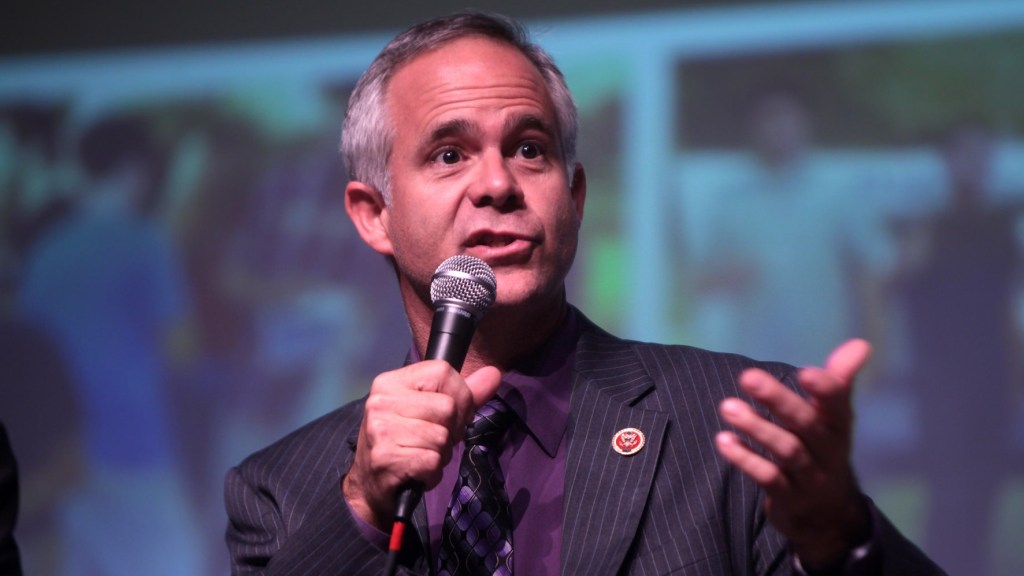 Rep. Tim Huelskamp (R-Kan.) just wanted to get rid of a program good-government advocates consider corporate welfare. He ended up in the Tea Party’s crosshairs instead.

Since last week, voters in Kansas’ first congressional district — covering the western part of the state — have been flooded with ads blasting the second-term incumbent for co-sponsoring a bill in April that would eliminate a federal mandate that gasoline include ethanol. “Washington, D.C., sure has changed Tim Huelskamp,” Tom Willis, an agribusiness CEO from Liberal, Kan., says in one ad.

The ad was paid for by Now or Never PAC, a conservative super PAC that has spent more than $8 million since 2012 in support of Tea Party candidates. Huelskamp, who once compared the Obamacare rollout to Hurricane Katrina and proposed impeaching Attorney General Eric Holder over his refusal to defend the Defense of Marriage Act, is the kind of candidate Now or Never PAC would traditionally get behind. Instead, in the week leading up to Tuesday’s congressional primary, Now or Never has spent $260,000 hammering Huelskamp — and in the process, propping up his opponent, Alan LaPolice, a little-known Army vet and onetime actor who has lived in the district full-time for only a year.

“To be clear, the ads aren’t in support of me — they’re against Tim, and I have no idea who they’re coming from, nor do I necessarily care,” LaPolice said on Monday. True to the bare-bones nature of his campaign (as of mid-June, he had raised just $36,000), LaPolice spent the day answering the phones himself at his campaign headquarters.

Huelskamp has fallen out of favor with farmers since his last election. After leading an unsuccessful attempt to oust Speaker of the House John Boehner (R-Ohio) last January, he was stripped of his spot on the House Committee on Agriculture — a serious blow for a congressman representing a heavily rural district. Last week, a coalition of agriculture trade groups, including the Kansas Corn Growers Association, the Kansas Farm Bureau, the Kansas Association of Ethanol Processors, and the Kansas Grain Sorghum Producers Association — and Tom Willis’ Conestoga Energy Partners — released a joint statement condemning Huelskamp for co-sponsoring a bill that would eliminate the Renewable Fuels Standard, which requires fuel to contain a certain level of ethanol.

LaPolice talked up the benefits of renewable energy, but insisted he’s not motivated by any green streak. “Let me be clear: I’m not a skeptic; I do believe that climate change is real, but to address it you have to take into all account all the factors,” he said. More pressing, in his view: The $1.5 billion that ethanol contributes to the state’s economy each year.

Now or Never PAC has said that the money it has poured into the race has been paid for entirely by Kansans. But as of mid-June, none of the PAC’s contributions had come directly from residents of the state. Only three individuals, all from North Carolina, have given to the PAC. The rest of its funding has come from Americans for Limited Government, a Fairfax, Virginia-based advocacy group that does not disclose its donors. But the PAC has never weighed in on farm issues before. A spokesperson for the group did not respond to a request for comment.

LaPolice is an unlikely alternative for a PAC that has in the past thrown money behind arch-conservatives, such as Reps. Joe Walsh (R-Ill.) and Todd Akin (R-Mo.), as well as Dean Young, an Alabama congressional candidate who once told gays to “go back to California.” LaPolice, for his part, just moved from California a year ago (he was raised in Kansas and has owned a home there for a decade). After serving in the Army, he studied performing arts and literature at the University of California–Berkeley, and he has worked as a superintendent at a public school in Humboldt County.

In June, the Kansas Family Policy Council, a social conservative advocacy group, slammed LaPolice for having been “featured in a homosexual movie” — a reference to a 2008 movie, The Art of Being Straight, in which LaPolice made a brief appearance. (He also appeared in a straight-to-video horror movie called B-Witched, in which “A group of theater students buy an old stage and discover an ancient evil.”)

LaPolice, who is married, opposes gay marriage, but told Mother Jones he would support the Employee Non-Discrimination Act, which would extend workplace protections to LGBT individuals. During his campaign, he reversed his position on the Common Core State Standards, a set of math and language arts benchmarks that have become a Tea Party bogeyman (he now supports them). And while LaPolice, like Huelskamp, attacks the Affordable Care Act as a government intrusion into the healthcare system, he allows that “a blueprint may be in Massachusetts’ healthcare system” — whose individual mandate was itself the blueprint for the Affordable Care Act.

Huelskamp isn’t going down without a fight; after Willis accused the congressman of taking his support for granted, Huelskamp spokesperson Travis Couture-Lovelady told the Garden City (Kansas) Telegram, “Suffice it to say that Willis is grumpy because Tim Huelskamp stands on principle against Washington politicians handing out special government benefits to campaign contributors.”