Hollywood tradition dictates that in Act One of the outbreak narrative, we begin deep in the bowels of the CDC, cell cultures sloshing around a petri dish, a gaggle of white coats huddled around a microscope. Cut to the limb-flailing, flesh-eating symptoms, entire families frothing at the mouth — once unleashed, the pathogen will sweep the globe and consume us all before you can finish your Hail Marys: I’ve always loved you, Nancy!

But according to Daniel Brooks, who’s been studying the rise of emerging infectious diseases (EIDs) for 40 years, the Hollywood model needs to be recalibrated in light of climate change.

“It’s not that there’s going to be one ‘Andromeda Strain’ that will wipe out everybody on the planet,” says Brooks, professor emeritus at Toronto University and a senior research fellow at the University of Nebraska’s H.W. Manter Parasitology Lab. “There are going to be a lot of localized outbreaks that put a lot of pressure on our medical and veterinary health systems. There won’t be enough money to keep up with all of it. It will be the death of a thousand cuts.” 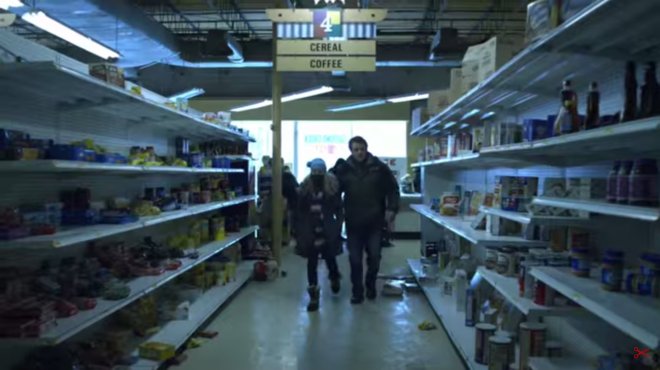 Brooks, whose article on the relationship between these new diseases and climate change was published last month in the journal Philosophical Transactions, claims that evolutionary history suggests EIDs spike along with major climate change events. When organisms flee their native habitats in search of more amenable climates, they expose themselves to pathogens they’ve never encountered — and to which they haven’t developed a resistance. Human activities only serve to accelerate this process, Brooks says, scattering organisms across the planet at an unprecedented rate.

The idea — called the “Stockholm Paradigm,” by Brooks and coauthor Eric Hoberg — runs counter to earlier host-pathogen theories, which generally assumed that because pathogens evolve in tandem with their hosts, they couldn’t easily switch to new ones. Under the new paradigm, diseases can and do jump hosts when given an opportunity, leading to crossover diseases we may have never dealt with before.

The most notorious example of this is the recent outbreak of the Ebola virus, which swept across West Africa last fall and has so far killed more than 10,000 people. The epidemic was ultimately triggered by humans moving into landscapes they’ve never occupied before, where they came into closer contact with fruit bats and their weird pathogens.

But even Ebola is straightforward, compared to what Brooks sees as the real danger of climate-driven disease outbreaks.

“Pathogens that jump into human beings, like Ebola or West Nile Virus — they’re only part of a larger story,” Brooks says. “If you think of every species of plant and animal on this planet that human beings depend on — every single crop, livestock, wild species, everything — all of them are going to experience some kind of emerging disease over the next 35 to 50 years.” 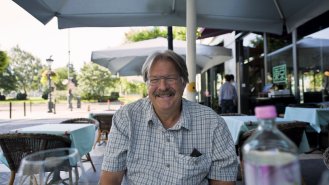 Regardless of the severity of each individual outbreak, humans will be left to foot the economic bill, to clean up what Brooks and his colleagues call “pathogen pollution.” And the costs could add up quickly.

And while you may not hear about them in the headlines like West Nile and Chikungunya, outbreaks in other species are already happening all the time. For example, in recent years, a black yeast-like fungus (Exophiala cancerae) has several times virtually wiped out the mangrove land crab population along the Brazilian coast. Not only do poor coastal Brazilians consume mangrove land crabs as a primary food source, says Walter Boeger, coauthor of a 2012 study on the fungus, but they also sell them as a cash crop. A Google search for “Lethargic Crab Disease” yields little beyond a scientific abstract, and yet as a consequence of this EID, some of the poorest, hungriest Brazilians have become even poorer and hungrier.

Brooks also points to a group of nematodes, Setaria tundra, that has destroyed reindeer populations across northern Scandinavia and Finland. Driven by climate change and severe short-term weather events, the resulting disease outbreak is “a direct threat to sustainability and food security,” according to the 2013 Arctic Biodiversity Assessment. 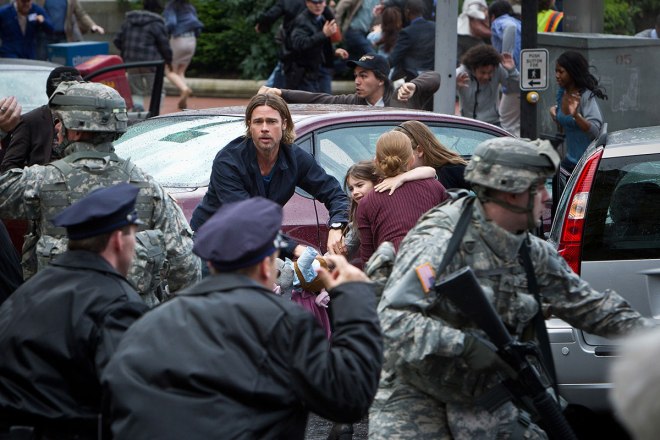 There may not be zombies roaming the streets — and Brad Pitt may not be ramrodding a Jamboree through Philadelphia — but it’s a grim scenario all the same. And it’s important that everyone stays calm, Brooks says, lest we regress to a more primitive stage of our own evolution [insert Congress joke here].

“A lot of us are concerned that the natural history of human beings is that when they see a potential crisis approaching, they freeze. And then when the crisis is upon them, they scatter,” he says. “If you’ve ever seen any wild primates, that’s exactly how they are.”

Instead, Brooks and his colleagues have proposed a number of proactive steps to help mitigate the cost of future EIDs. Foremost among them: the immediate compilation of a complete global inventory of species, which biologists have been advocating for decades without managing to convince anyone to bankroll it. In order to more successfully predict where EIDs will strike next, scientists from a slew of different fields would need access to information on pathogens and their hosts alike.

Funny, I don’t remember a scene in Contagion in which Congress approves massive funding to inventory life on the planet, pathogens included. Maybe that’s because it’s pretty far-fetched, even for Hollywood. Brooks concedes that it would be a monumental undertaking. And terribly expensive, he says — but it will never be cheaper than it is now.