Greenland is melting and dumping phosphorous into the Arctic Ocean 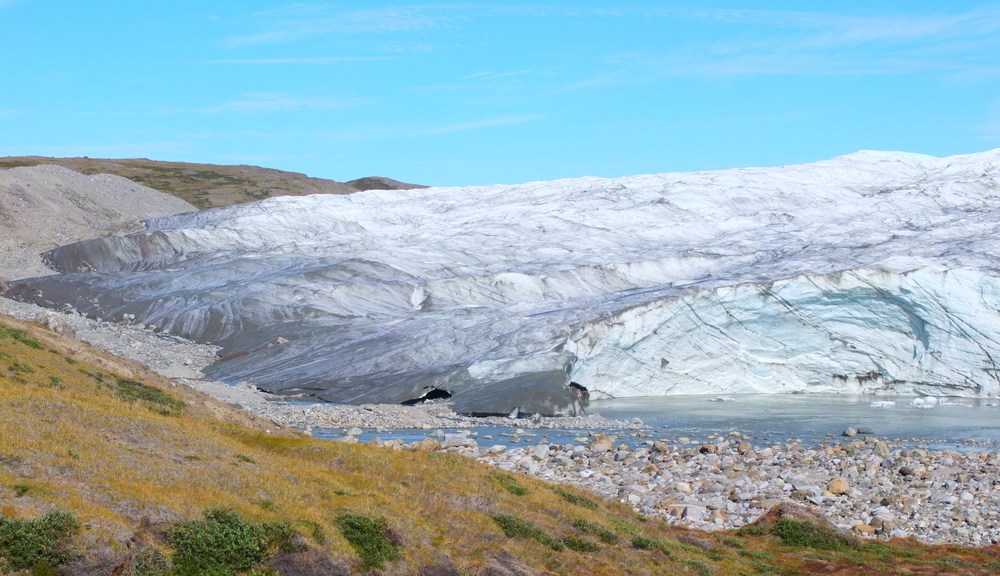 Greenland is melting and dumping phosphorous into the Arctic Ocean

Now, here are a few things that we don’t know about the ice sheet: 1) is it cool if we call it GrIS?; 2) why is it so eager to get back to that pre-Oligocene epoch weight?; and 3) what else is that big galoot leaching into the sea besides water?

One of these is more important than the others, so let’s start with that one. According to a new study published in the journal Global Biogeochemical Cycles, Greenland is indeed releasing more than just water into the Arctic Ocean. It’s also releasing about 400,000 metric tons of phosphorous per year — about 11,000 metric tons of which is “bioavailable,” or accessible as nutrients to surrounding marine life.

This is important, the researchers say, because plankton — those weird little microorganisms that serve as the base of the marine food web — feed on phosphorous. And unlike, say, nitrogen, phosphorous isn’t readily available from the atmosphere, so its presence (or lack thereof) can be a limiting factor in ecosystem growth.

Jon Hawkings, lead author of the study and a professor of geographical sciences at the University of Bristol, spoke with the university’s news service about what this influx of nutrients could mean for not just ocean life, but everything that relies on ocean life:

“It is not clear yet how much of the phosphorus being released from the ice sheet is reaching the open ocean, but if a large amount of phosphorus coming off the glacier makes it to the sea, the nutrient could rev up biological activity of Arctic waters.

“It could stimulate growth of plankton at the base of the ocean food web, which could impact birds, fish and marine mammals higher up the food chain. The research also suggests ice sheet-derived phosphorus could eventually reach the northern Pacific and Atlantic oceans, which are connected to the Arctic Ocean.”

According to Hawkings and his colleagues, not much was known about the abundance of phosphorous in ice sheet runoff before this study. So to get an idea, they took daily measurements of the flow and contents of meltwater from Greenland’s 230-square-mile Leverett Glacier and 14-square-mile Kiattuut Sermiat Glacier during the 2012 and 2013 melting seasons. They then extrapolated those findings to get an ice sheet-wide estimate and found that GrIS’s phosphorus output is likely to “at least equal to some of the world’s largest rivers, such as the Mississippi and the Amazon.”

“Glacial meltwater gains phosphorus when it travels in moulins, or pipes in the ice – through the guts of the glacier and down to the where the ice meets the bedrock.

“Where the ice meets the bedrock at the very bottom of the glacier, the meltwater is exposed to phosphorus-rich rocks that are pulverized by the moving glacier. Glaciers are very, very good at crushing up rock,” said Dr Hawkings.

Indeed, glaciers are very heavy, and heavy things tend to be good at crushing other things. Which brings us back to one of our other unanswered questions:

GrIS, why are you in such a rush to slim back down to what you weighed more than 35 million years ago? You look great! Seriously, is West Antarctica pressuring you? Don’t listen to that wacko. He’s trying to drown us all. Anyway, scientists are already calling you GrIS, so it looks like the nickname’s gonna stick. Sorry.