What do glaciers have in common with my bank account?

They’re both slowly melting away — sometimes in big chunks, other times at a slow trickle — and both represent existential crises that end in either the demise of humanity or me moving back in with my parents. Which is why I’d like to ignore both of them — you know, ignorance is bliss, what you don’t know can’t hurt you, etc.

Except bliss doesn’t last, and what you don’t know can hurt you — and hurt you and hurt you. So as a grownup, I do, in fact, check my bank account — through scrunched eyes and gritted teeth, but still! — and I would like to know what’s going on with those glaciers, even if I’m making this face the entire time.

The problem is, there’s no online banking equivalent for monitoring melting glaciers. Even scientists don’t always know what’s going on with those giant hunks of world-altering ice. But according to a new study published in the journal Geophysical Research Letters, researchers have figured out a new way to use seismic vibrations to monitor the melting of tidewater glaciers — those that end in the ocean, rather than on land. Here’s more from a press release:

Meltwater moving through a glacier into the ocean is critically important because it can increase melting and destabilize the glacier in a number of ways: The water can speed the glacier’s flow downhill toward the sea; it can move rocks, boulders and other sediments toward the terminus of the glacier along its base; and it can churn and stir warm ocean water, bringing it in contact with the glacier.

“It’s like when you drop an ice cube into a pot of warm water. It will eventually melt, but it will melt a lot faster if you stir that water,” said Timothy Bartholomaus, a postdoctoral fellow at [The University of Texas Institute for Geophysics] and the study’s lead author. “Subglacial discharge provides that stirring.”

Bartholomaus and his colleagues realized that they could use seismic equipment to monitor such subglacial discharge when they were trying to study earthquakes — or “icequakes” — caused by glacier calving and kept detecting mysterious background vibrations. Those vibrations, it turned out, came from meltwater running through the ice.

So while I go check my bank account, you grit your teeth and stare at this picture of the Yahtse Glacier in Alaska. All that brown water at the top is meltwater runoff. 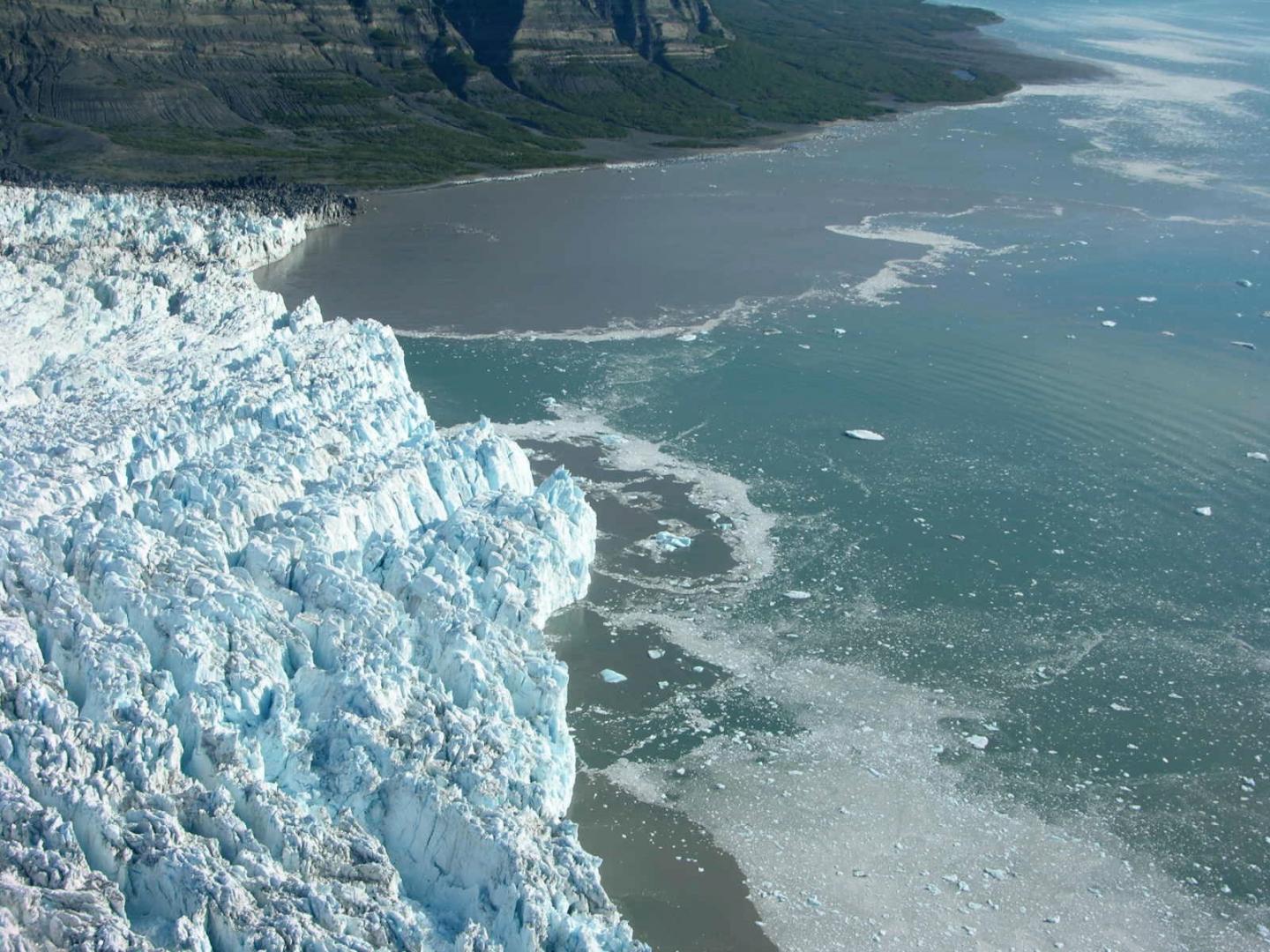