Twenty-five years ago today, the 24th of April, the improbable and incomparable Hubble Space Telescope was launched into space. Eleven months and one day later, I was born. Coincidence?!?!

Well, yeah. Raised by two rational atheist astrophysicists, I can’t really pretend otherwise. But when one of those astrophysicists is your mother and also in charge of deciding where NASA’s world-famous telescope points, the fact is that I basically grew up in the Hubble offices.

On weekends and off-days, I drooled and dawdled down hallways papered in deep fields and nebulae, amusing myself to the relief of my overworked and underslept parent. I built blanket forts under a 10-foot-tall poster of the Hubble Deep Field, and played with Eagle Nebula mousepads (didn’t you?). When I got older, I still looked forward to Bring Your Daughter To Work days when I could have the run of the star-strewn place again.

Today the internet is abuzz with praise for that shiny, school-bus-sized gizmo. (I can only hope my golden birthday will be half so well-lauded.) It’s well earned: Hubble was a big deal in a lot of ways. For one thing, it is the most powerful telescope in orbit, with a privileged position above the atmosphere that allowed it to take some of the clearest, deepest images of space we have ever seen. It showed us where stars are born and where they die; it brought us comets transiting planets and galaxies orbiting each other; it even gave us a peek back into the origins of the universe.

All this meant a lot of Important Science Stuff happened. But, more importantly, it meant that the general public could, for the first time, see exactly why scientists were getting so excited about studying massive, remote phenomena with no bearing on their Earthly lives: It was fucking beautiful. 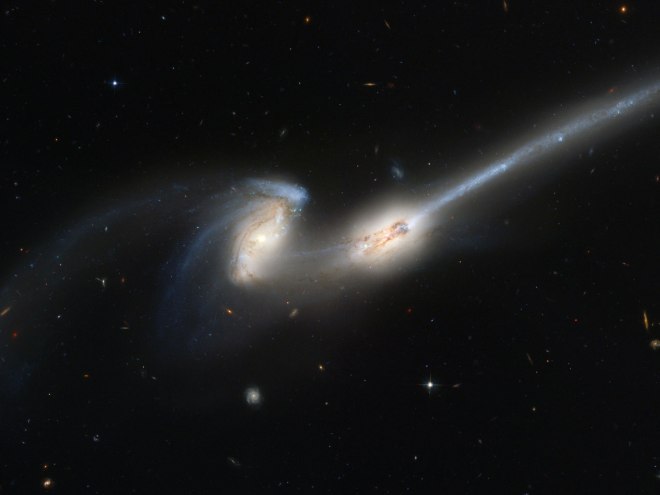 The “Pillars of Creation” is one of Hubble’s most famous images, for good reason.NASA, ESA/Hubble and the Hubble Heritage Team

Once I realized that not all kids get to grow up at the heart of the most tangible manifestation of the beauty and power of science, I felt pretty lucky to have been allowed to eat my carrot sticks in front of the Pillars of Creation (true story).

I didn’t grow up to be an astrophysicist like my parents — I got a job writing for the internet. What’s more, I write about climate change, which means I pretty much just worry and write about the Earth. But I have to think that all that space with my juiceboxes has a lot to do with how I spend every day thinking about the fact that the world is so big and so small at the same time, that humans can throw a whole planet’s biosphere off balance without even trying. But they can also build a machine to show them the distant, dusty secrets of the universe.

None of those pictures Hubble took were pictures of Earth. Hubble didn’t enable Carl Sagan’s Pale Blue Dot, but it still shows us something powerful about ourselves. Sure, we dwell on a tiny speck in an incomprehensibly vast vacuum. No one alive today will ever visit any of the places that Hubble has revealed — but we look into them all the same. We look outward and wonder and, yes, make some kickass posters to snazz up our humdrum Earth walls.

That’s what humans are — terrible, strange, wonderful, tool-obsessed primates who can’t help but look out and wonder. It’s the same thing that makes us pay attention to places on Earth we’ve never visited, and care about people we’ve never met — even if we’re not always great at it. We try. And when something that remote can get through to us — be it a picture of distant galaxies or the thought of a better future Earth — it can move us in real ways. 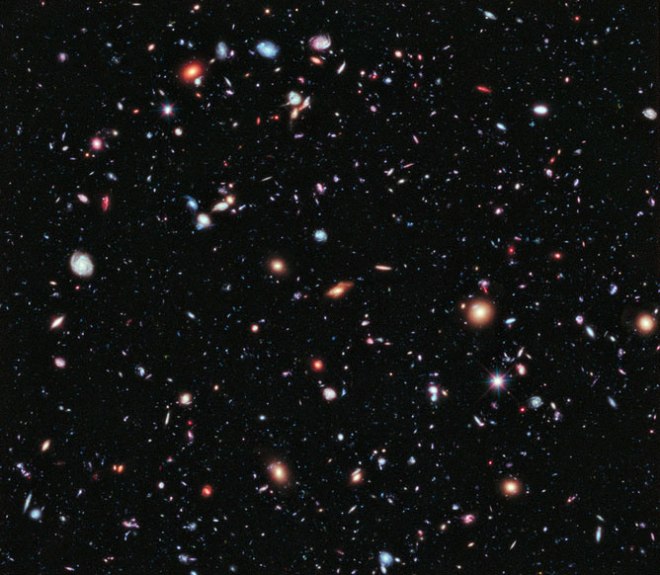