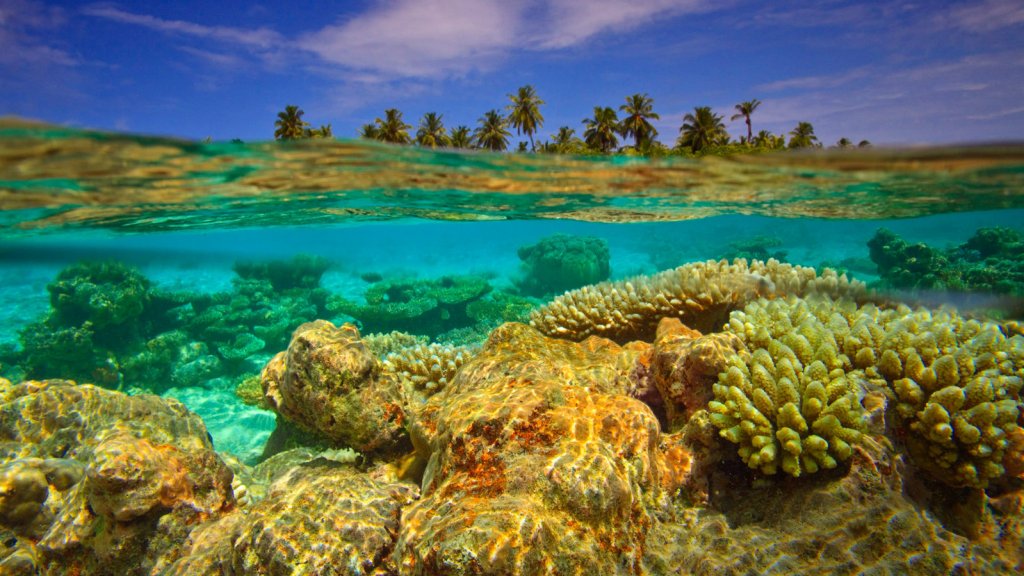 Considering how much time we spend worrying about ocean acidification, there’s some pretty basic stuff we just don’t know.

Or rather, we didn’t until now. A brand-new study published in Nature provides the first experimental evidence that ocean acidification is harming corals in the present day.

“What? I thought we already knew ocean acidification was bad for coral!” you might say. To which I would reply, yeah, we were pretty sure about that. But not certain. We knew coral reefs were growing slower, we just weren’t sure exactly sure why — it could be higher ocean temperatures, it could be higher acidity, it could be something else entirely. We’d done some experiments, but they were limited by the natural constraints of the lab.

To get real information, scientists would need to know how ocean acidification acted on corals in real life, where complex ocean ecosystems (corals, fish, algae, plankton, microbes) and their environment (temperature, sunlight, precipitation, wind) are constantly in flux.

But the thing about ocean acidification is, it happens in the whole ocean. Though we know that the seas are already 30 percent more acidic than they were in pre-industrial times, we can’t exactly hop in a time machine and observe how corals were doing then compared to their descendants now. There are no control conditions. At best, we could observe corals in even more acidic water, and try to make projections about the reefs of the future.

Which brings us to the present, and this new study. The ground-breaking research took place on a small atoll of the Great Barrier Reef, with one crucial experimental setup: Every day at low tide, parts of the reef were separated from the sea, making it a natural laboratory. Seawater flowing across a section of reef during these times could be manipulated, and the results carefully observed.

Scientists led by Stanford climate scientists Ken Caldeira and Rebecca Albright changed the acidity in this tidal pool by releasing a highly alkaline substance, effectively counteracting the effects of ocean acidification around these corals. Then they measured the rate of growth in the tidal pool, compared with the growth of corals outside of it, for a seven-day stretch.

Essentially, the corals in the altered pool were living in the past, a sunny time before humans started burning fossilized carbon at an accelerating rate. And they loved it. With less-acidic waters, the corals grew 7 percent faster than in present-day conditions, effectively proving crotchety old-timers right, at least where reefs are concerned: It really was better back then. Human technology really is making today’s generations of corals more sickly, less motivated to (as it were) finally move out of their parents’ house and build new reef of their own. Used to be, men were men — or at least, coral polyps were coral polyps.

Even a 7 percent change in growth can make a huge difference over time. Every year, coral reefs are smashed by tropical storms, choked by algae, beset by disease, and bleached by the sun — to stay healthy, reefs need to keep growing, and they need to grow faster than they break down. As the growth rate has slowed over the last couple of centuries, they have had a harder time keeping up with natural pressures — not to mention unnatural ones like overfishing, pollution, and underwater dredging.

But don’t let the crotchety “good old days” talk fool you into thinking the default future is bleak. While we can’t just treat the oceans with industrial applications of lye — the experiment Caldeira et al performed would be impossible to scale up enough to fight back against ocean acidification — we can still reduce carbon pollution in the atmosphere. And if we do that, this research suggests that coral may be able to bounce back quickly. As ocean ecologist David Kline explained to Nature: “This is a ray of light showing that if we actually do something politically about climate change, the reefs can respond.”

After all, they’ve survived us so far.