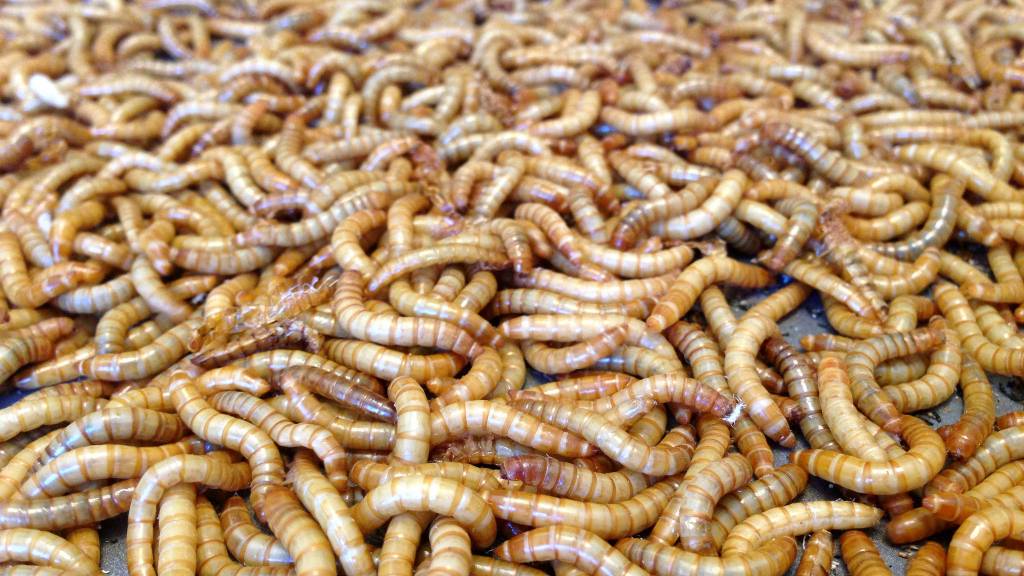 Polystyrene foam, aka the devil’s clamshell, aka the indestructible insulator, aka green public enemy No. 1 (or maybe 500 — environmentalists have a lot of enemies), may have finally met its match: mealworms. (Polystyrene and “Styrofoam” are regularly — and incorrectly — used interchangeably. Styrofoam is a kind of polystyrene, but not the kind you’re thinking of.)

That’s right. It turns out, those squirmy little grubs are more than just a hot menu item for entomophagy enthusiasts. They, too, have quite an appetite, and according to the Environmental News Network (ENN), that appetite happens to include Styrofoam and other forms of polystyrene:

While this diet doesn’t sound remotely healthy for the worms, researchers have yet to identify any adverse effects. In comparison studies, mealworms that ate exclusively Styrofoam were equally as healthy as those that ate a more standard diet of bran. Researchers are currently in the process of verifying that families of worms that consume only plastic are still healthy generations from now. Additionally, they want to confirm that predators that eat mealworms remain healthy after consuming worms that eat Styrofoam.

Styrofoam and other polystyrene foam are poisonous to a lot of animals, so mealworms’ ability to digest them came as quite a surprise to scientists. “There’s a possibility of really important research coming out of bizarre places,” Stanford researcher Craig Criddle said in a press release. “Sometimes, science surprises us. This is a shock.”

Still, we’re not about to have a bunch of mealworm factories breaking down all the world’s polystyrene into piles and piles of poop pellets. One hundred mealworm can only eat between 35 and 39 milligrams of Styrofoam in a day, according to the press release. That means it would take thousands of mealworms to eat through just a penny’s weight of the stuff.

The real benefit of this research will come when scientists figure out what combination of gut bacteria give mealworms this ability to digest what we humans find so difficult to break down in a cheap and efficient way. Maybe then we’ll be able create giant mealworm gut factories that do break Styrofoam down into piles and piles of poop pellets!

But that’s just the beginning. Criddle and his colleagues also plan to look at whether mealworms and other insects can digest other kinds of plastics, including microbeads and polypropylene — a material commonly used in textiles and car components.

In the mean time, hip entomophagists take note: For your next underground supper club, consider serving polystyrene-fed mealworm tacos with a side of cricket fries and ant salad. Just remember: Skip the home-brewed beer — you don’t want alcohol clouding the natural high that your diners will get from eating a (questionably) sustainable protein source and ridding the Earth of the devil’s clamshell.