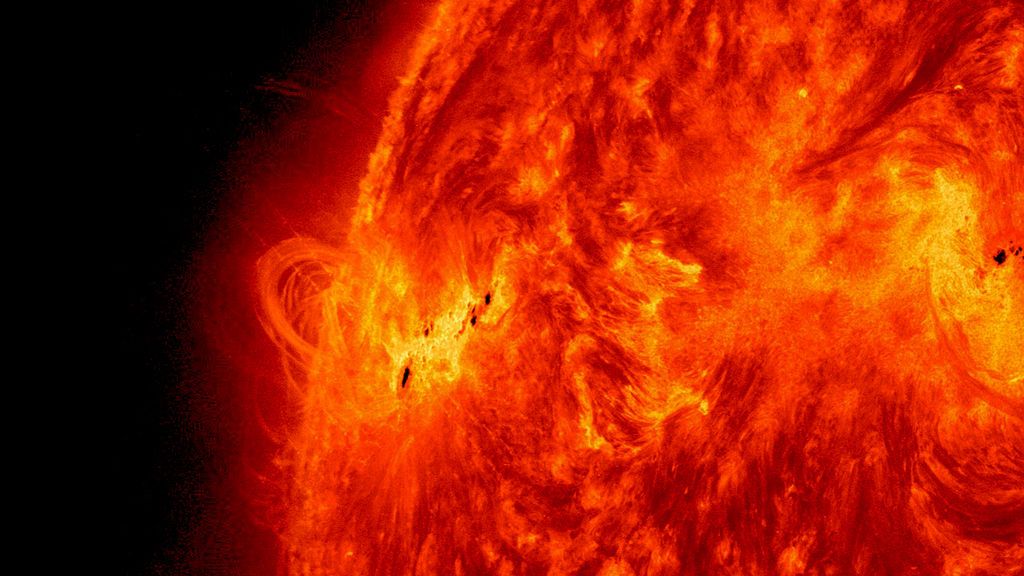 It’s always irksome when tech companies talk about their latest “moonshot.” The actual moonshot was one of the most incredible accomplishments of humankind. In 1961, President John F. Kennedy challenged NASA to put someone on the moon by the end of the decade, and NASA, which hadn’t even put someone in orbit yet, was like, “On it, boss,” and then had three people on the moon eight years later. So sorry, Google, even if Google Glass hadn’t flopped, it wouldn’t have been a moonshot, and neither will anything else that comes out of the “moonshot factory.”

So it’s a real bummer to find out that the agency that today’s most powerful engineers and entrepreneurs so desperately want to emulate had a mind-blowingly awesome plan for a space-based solar factory back in the ’70s that never came to fruition. Here’s the scoop from Motherboard:

At the height of the oil crisis in the 1970s, the US government considered building a network of 60 orbiting solar power stations that would beam energy down to Earth. Each geosynchronous satellite, according to this 1981 NASA memo, was to weigh around 35,000 to 50,000 metric tons. The Satellite Power System (SPS) project envisaged building two satellites a year for 30 years.

To get said power stations into orbit, the once-powerful aerospace manufacturing company Rockwell International designed something called a Star-Raker, which, in addition to sounding like something from a sci-fi movie, also would have acted like one:

The proposed Star-Raker would load its cargo at a regular airport, fly to a spaceport near the equator, fuel up on liquid oxygen and hydrogen, and take off horizontally using its ten supersonic ramjet engines. A 1979 technical paper lays out its potential flight plan: At a cruising altitude of 45,000 feet, the craft would then dive to 37,000 feet to break the sound barrier. At speeds of up to Mach 6, the Star-Raker would jet to an altitude of 29km before the rockets kicked in, propelling it into orbit.

Just to recap: The Star-Raker would have broken the speed of sound by diving seven miles. And the spacecraft would have been making so many regular trips to orbit that it would have essentially been a 747 for space, Motherboard reports.

In terms of feasibility, here’s how one scientist put it at the time:

“The SPS is an attractive, challenging, worthy project, which the aerospace community is well prepared and able to address,” physicist Robert G. Jahn wrote in the foreword to a 1980 SPS feasibility report. “The mature confidence and authority of [the working groups] left the clear impression that if some persuasive constellation of purposes … should assign this particular energy strategy a high priority, it could be accomplished.”

Putting solar plants in space would’ve been hard, sure, but this proposal came just 10 years after NASA landed Apollo 11 on the moon, so doing seemingly impossible things was kind of their thing. Even if SPS hadn’t happened as planned (and for more details on what exactly that plan was, check out this in-depth look from Wired), there’s no doubt that with the right amount of support and funding, NASA could’ve done something incredible in the cleantech arena.

Today, NASA remains an indispensable source of climate change research. Unfortunately, politicians aren’t as eager to throw money at the agency now that we’re no longer trying to show up the Soviet Union (in fact, the U.S. government is now relying on Russia to take U.S. astronauts up to the International Space Station). And some members of Congress (lookin’ at you, Ted Cruz) have it in their heads that NASA shouldn’t even be doing Earth sciences research in the first place.

We know from the landing of the Curiosity Rover on Mars back in 2012 that NASA still has the ability to inspire and astonish. People geeked out hard over those “seven minutes of terror” and for good reason. Getting that same kind of support behind something that addresses climate change would be exactly what this world needs. If only the one organization proven capable of doing moonshots wasn’t beholden to a bunch of science-hating idiots.