Every day since the election, I’ve awoken in the fetal position and thought: “President Trump?” For the first time in my life — since I was an overeager paperboy in my childhood home of Lexington, Massachusetts — I haven’t wanted to read, watch, or listen to the news. Too depressing. Enough already!

Today I did something else for the first time: I made myself a peanut-butter-and-jelly sandwich for breakfast. And because eating in the fetal position is never a good look, I sat up, munched on my favorite comfort food, and dove back into the news vortex. Amidst falsehood-filled president-elect tweets, Koch-brothers-backed Cabinet-picks, and assorted other horrors, I found comfort — and inspiration — in the positive changes taking root outside of the Beltway.

In that spirit, I bring you the second edition of this newsletter experiment, in which I’m shining a spotlight on people and projects moving us toward a future that doesn’t suck. Feedback welcome. And if you like what you’re seeing, please hoodwink your friends to subscribe.

3 people you should know

I’ve been lucky in the last couple of weeks to spend a little time with these neat-o folks:

Renewable energy may be Trump-proof, because the key drivers for clean energy growth aren’t rules and subsidies anymore — they’re economics. Speaking of money, check this out: Patagonia’s sales on Black Friday topped $10 million, and the company will donate every cent to grassroots environmental organizations.

More than 70 percent of Americans, including 57 percent of Republicans, support the Paris climate agreement, according to a recent poll. That’s a lot of freakin’ people! Accordingly, cities will continue acting on climate, even if Trump mucks things up on the national level. Meanwhile, a bunch of mayors in blue and red states have asked Trump not to muck things up, as have hundreds of companies. One of our bigger cities, Los Angeles, wants to tackle the “solar desert” challenge: Poorer homeowners typically can’t afford rooftop panels and don’t qualify for loans. L.A. is proposing a pilot program in which the city would install solar panels on the homes of lower-income residents in exchange for a $30 monthly credit on their utility bill.

One of the smartest things cities can do for public health and climate change is plant trees. The Florida Everglades, if they could talk, coulda told us that — the value of carbon sequestration by mangroves within just the national park boundaries is estimated at between $2 billion and $3.4 billion. That’s a huge climate solution and it’s been sitting there in the swamp, quietly doing its work this whole time. Northwest of said swamp, St. Petersburg is using BP settlement money to become the 20th city in the U.S. to commit to 100 percent renewables.

Here are a few books to keep you engaged with the world, in the midst of a general holidays-yet-Trump stew of emotions. (Have a question for one of these authors?  Send it my way and I’ll do my best to get a response.)

Try your hand at this PB&J sandwich recipe — from my family to yours:

Take two slices of bread. Spread peanut butter on one. Spread jelly on the other. Place the two slices together, with the peanut-butter side of one facing the jelly side of the other. Lift sandwich toward your mouth. Tilt head to side, consider sandwich. Eat. 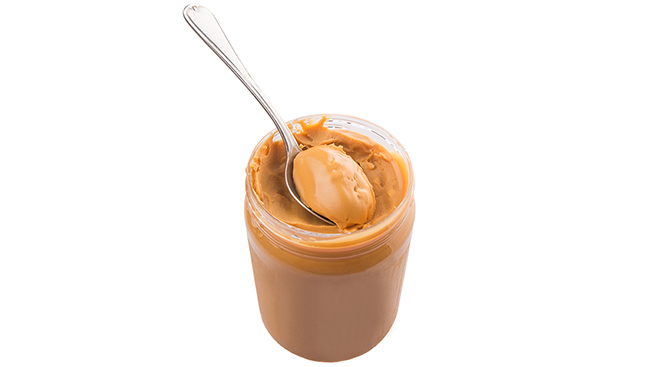 To get rural Americans involved in climate crisis, see them for who they are